New Yorker Teddy Roosevelt first came to North Dakota in 1883 to hunt bison. In 1884, when his wife and his mother died on the same night, he was devastated. Leaving his newborn daughter in the care of his sister, he sought solace in North Dakota. He spent two years riding the prairie and herding cattle. His love of the west endeared him to the populace outside of the east coast. He said, “I never would have been President, if it had not been for my experiences in North Dakota”. In 1978, President Carter established this land as a National Park. 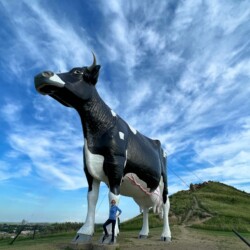 Meet Sue, the World’s Largest Holstein Cow! You can see her mighty silhouette from neighboring counties on a clear day: a goddess of dairy, ready to be worshipped. 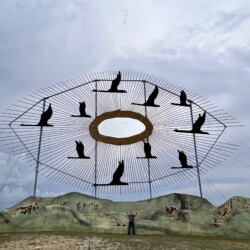 It takes a manly man (that would be my guy) to stand next to the worlds largest scrap metal sculpture (Yup, Guinness Book of World Records) in the middle of a lightening storm. 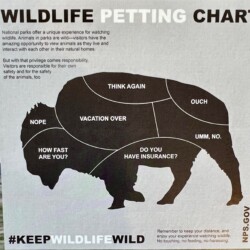 How to pet a bison. 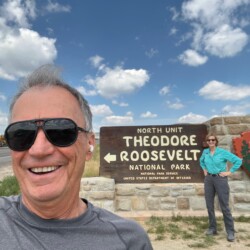 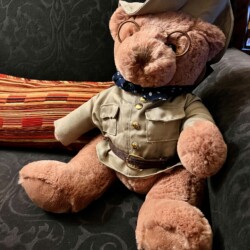 Our hotel provided the requisite bear. 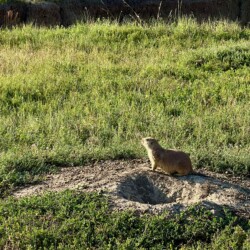 Prairie Dogs thrive here, chattering away in acres of holes and underground tunnels. 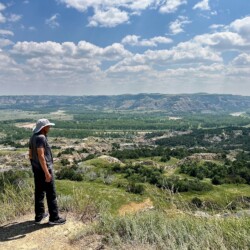 Oh give me land, lots of land and the starry skies above. Don’t fence me in 🎶 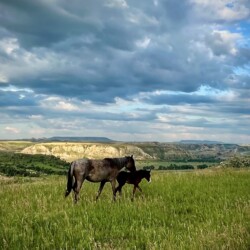 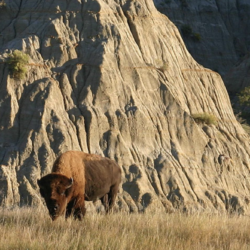 Many a majestic bison crossed our path. Small herds are all that remain, due to over hunting. 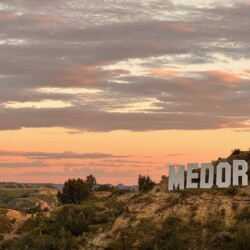 Hollywood, eat your heart out! 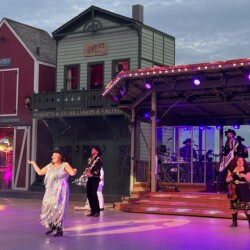 Lots of song and dance at the Medora Musical, a comedy variety show. 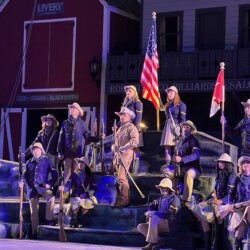