Once upon a time, Great Falls, Montana had the beauty and dramatic landscape of a potential National Park. Instead, the magnificent falls were harnessed for hydroelectric power in a series of five dams. Great Falls is known as “Electric City” because of its massive power generation. 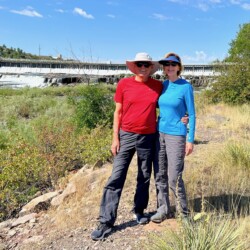 At the first of many dams that corralled the Great Falls of Montana. 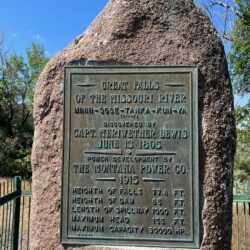 Lewis & Clark “discovered” and named the Great Falls during their voyage. 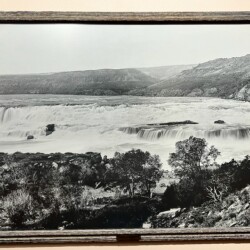 Historical photo from before the dams. The Great Falls drop the Missouri River 610 ft. over ten miles. 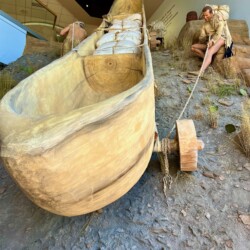 Since the falls were impassable, Lewis & Clark had to portage their canoes for 18 1/2 miles over dry land for eleven grueling days. 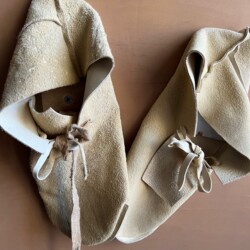 An example of the leather moccasins used by Lewis & Clark. 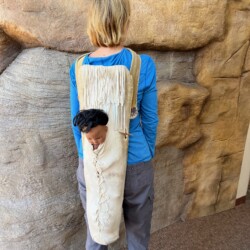 Mockup of a cradleboard with a 15lb. baby, just like the famous Shoshone Sacagawea carried. Wow, it was heavy. 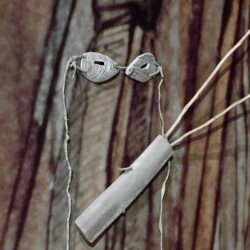 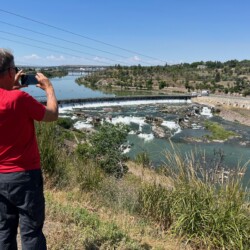 A typical falls, with the dam spilling into natural rockery. 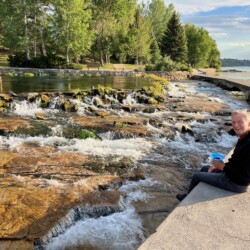 Mike relaxing at a natural spring that creates the Roe River, the shortest in the US, flowing into the Missouri, the longest river in the US. 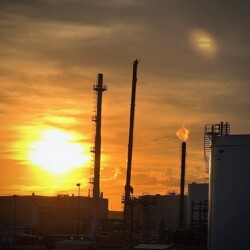 Great Falls has an industrial feel, bearing the scars of hydroelectric dams, mining and oil refining. 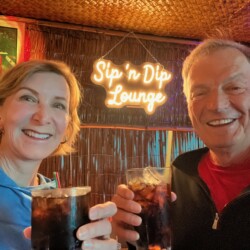 The famous Sip ‘n Dip Lounge, where a window to a swimming pool is the main attraction. 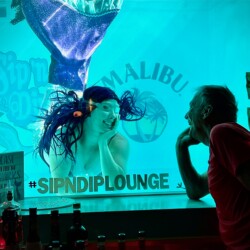 Mike and the mermaid, making eyes at each other ❤️