We toured Sunnylands, the “Lifestyles Of The Rich and Famous” estate of the late Walter and Lee Annenberg, who lived large and entertained lavishly.  Their estate is on a 650-acre parcel at the corner of Frank Sinatra Drive and Bob Hope Drive, and includes a golf course.  The Annenberg’s made their money in the publishing business: newspapers, racing forms, Seventeen magazine and TV Guide.   Their art collection, valued at $1 billion, has largely been moved to the Metropolitan Museum of Art in New York.  Most of the paintings left at Sunnylands are reproductions.

Starting in 1963, they hosted dignitaries, politicians across the political spectrum and Hollywood stars – the house could accommodate parties of over 100 people..   Celebrity guests?  How about Bing Crosby, Arnold Palmer, Dinah Shore, Gregory Peck, Ginger Rogers, Jimmy Stewart, and Frank and Barbara Sinatra (who were married at Sunnylands).

The Annenberg Foundation has donated over $2 billion, mostly to support education.  The Foundation remains one of the 50 larges private foundations in the US. 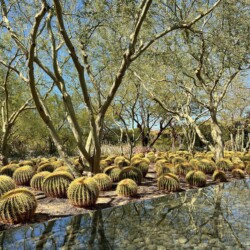 The grounds here are stunning. 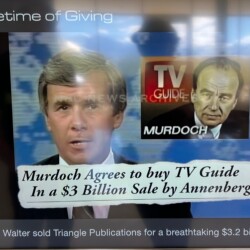 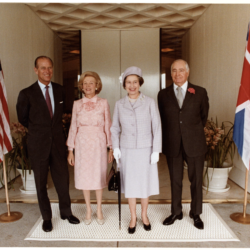 Annenberg was appointed by President Nixon as Ambassador to the United Kingdom, where he served from 1969 to 1974. He developed a close relationship with Queen Elizabeth. 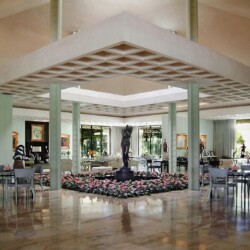 Rodin’s bronze sculpture of Eve stands in the atrium. She was buried in a French garden during WWI for protection. 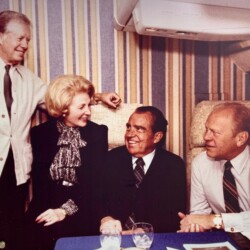 Lee Annenberg was appointed Chief of Protocol by President Nixon. A graduate of Stanford, she served as President of the Annenberg Foundation from 2002 until her death in 2009. 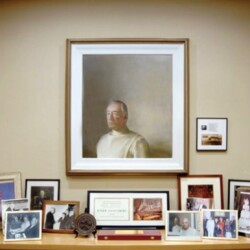 One of the few original artworks here is Andrew Wyeth’s 1978 painting of Walter Annenberg. His wife HATED it. 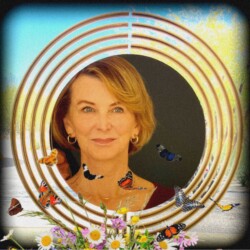 One of the modern art pieces in the museum, reflecting an antique! 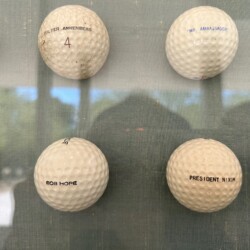 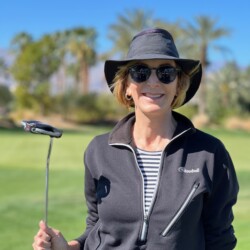 Well it is Palm Springs, so we did golf! 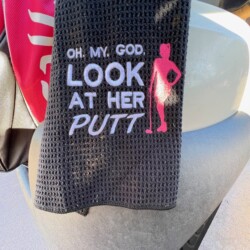