The Hetch Hetchy Reservoir was created because of an earthquake – but not literally.  In 1906, San Francisco, then the 9th largest city in the US, was rocked by an earthquake estimated at 7.9 on the Richter scale (which didn’t exist then). The subsequent fire damage was greater than the quake damage because people were setting fire to their own properties.  Why?  Because earthquake insurance didn’t yet exist, and the only way insurance companies would pay was if there was fire damage.  There wasn’t enough water to put out the fires, and eventually 80% of the city was severely damaged by earthquake and fire.  In 1913, Congress approved funding for the Hetch Hetchy Reservoir, which still provides 85% of San Francisco’s water, delivered by gravity feed, from 160 miles away. 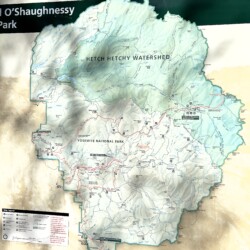 Hetch Hetchy is such a huge part of Yosemite! It produces 1.7 KWH of clean renewable hydropower annually, equivalent to the power generated from burning 39 million gallons of oil. 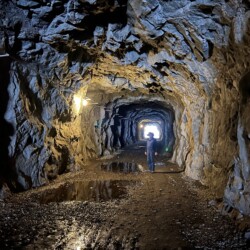 The entrance to the reservoir is through a long tunnel with VERY fun acoustics. 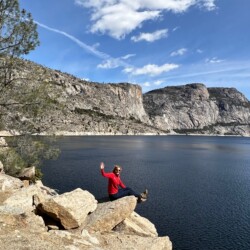 Such a magnificent place! 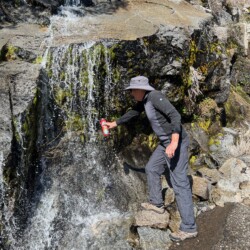 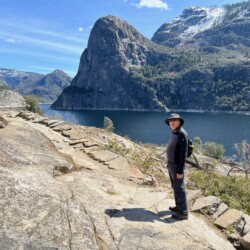 A really fun mellow hike around the edge of the lake. Lots of waterfalls. 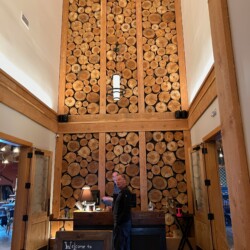 The restaurant entrance at Rush Creek Lodge, which we really loved. The first new hotel in Yosemite in ages. 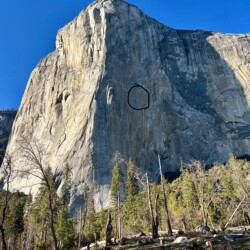 Climbers taking a siesta hanging from the side of El Capitan. 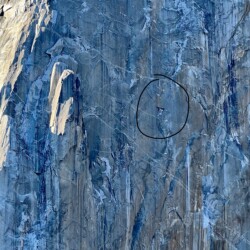 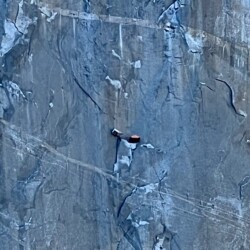 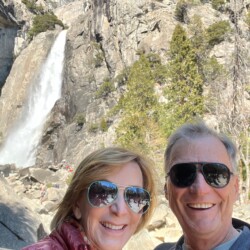