In New Orleans, for the Tedeschi Truck Band (da blues!) at the historic Saenger Theater, built by the Saenger Brothers. It’s the same size and vintage as the Paramount Theater in Seattle. The brothers made their money in vaudeville, eventually building a chain of 300 silent movies theaters. This one was their crowning glory, rich in Italian Baroque decor. Built in 1927 at a then staggering cost of $2.5 million, they shrewdly sold the entire chain to Paramount in 1929 for a cool $10 million. That’s equivalent to $150 million in today’s dollars. The timing? Right before the crash of 1929. 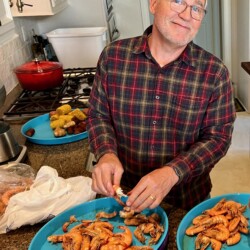 Bruce and Susan hosted us at their lovely home, complete with local boiled shrimp. Yum! 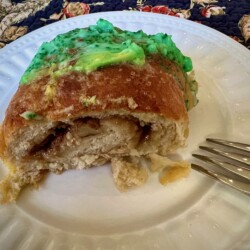 My first taste of King Cake, a Mardi Gras tradition. 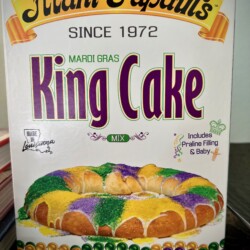 The cake always includes a toy baby. If your piece of cake includes the baby, you’re required to make the cake for next year. 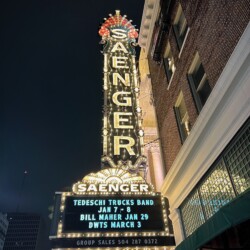 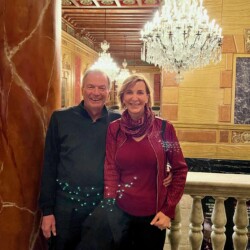 The interior of this auditorium is stunning, with an enormous entryway that would probably never be built today. 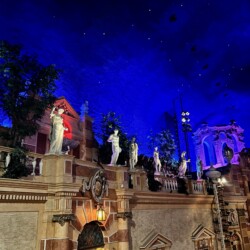 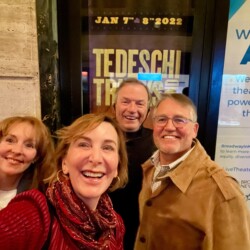 Whipping off the masks for a quick selfie!