Rancho de la Osa (Ranch of the Bear) is steeped in history.  Originally a Native American outpost, it later became a Jesuit Missionary. In 1916, Pancho Villa raided and attempted to take over the ranch. A cannonball from the attack was imbedded in the adobe wall of the hacienda for years!  In the 1960’s, the ranch became the playground of politicians, including LBJ and Hubert Humphrey.  Then Hollywood came calling – John Wayne was a frequent guest, as was western star Tom Mix, actress Joan Crawford and western author Zane Grey. 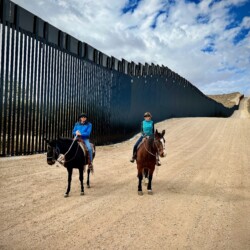 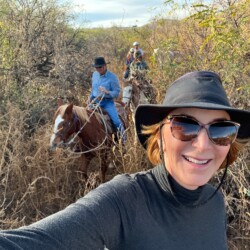 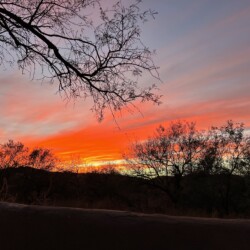 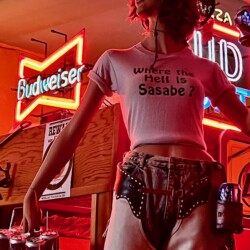 The bar here in Sasabe is only open on Saturdays from 1pm to 6pm. Supply and demand economics 101. 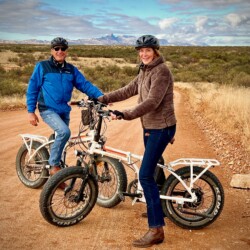 Riding electric bikes with the Baboquivari Mountains in the distance. 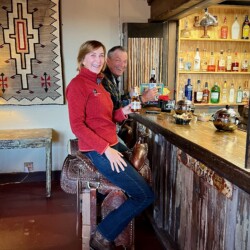 Sidling (saddling?) up to the bar… 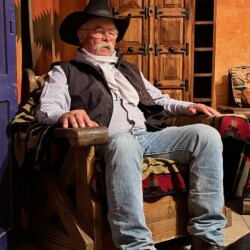 Meet Ross Knox, Guinness Book of World Records holder for the most pack mule trips down the Grand Canyon, member of the Cowboy Hall of Fame and Cowboy Poet. 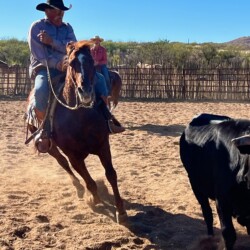 Ross showed us his bonafides by expertly herding this cow, until she jumped the fence right in front of us! 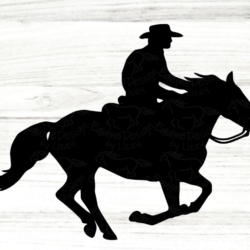 Mike loped with his horse, for an hour – two days in a row. All that fast riding earned him a cherry red sore butt! 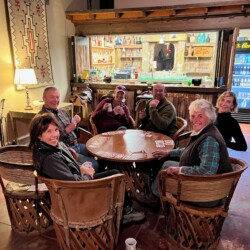 We introduced our gang at the ranch to the game of Tens. 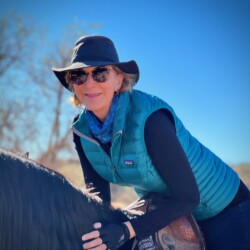 In my happy place, astride Champ, an enormous half draft half quarter horse with ample room for my long legs. 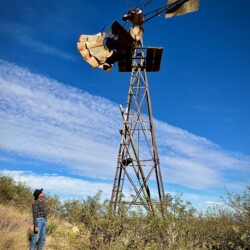 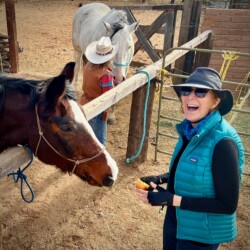 Checking my fingers as Champ CHOMPS the apple I brought him… this is why it’s not a real vacation unless you sign a waiver.