The John Muir Trail covers some of the most beautiful mountains in the world, from stunning, glacier-chiseled Yosemite, to the jagged spires of the Minarets, to the highest mountain peak in the contiguous USA. Hikers climb over numerous high mountain passes, pass ancient glaciers, cross fast-moving mountain streams while surrounded by giant peaks. Construction on the trail began in 1915 – a year after Muir’s death – and took 46 years to complete. Elevation gain: 46,700 ft. 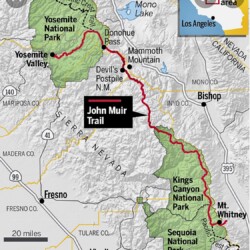 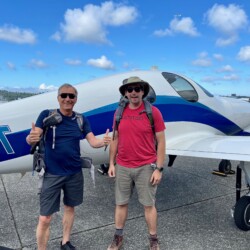 At Boeing Field in Seattle, ready with their 50 lb. backpacks. 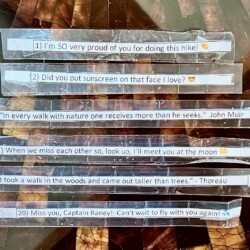 I secretly packed some little messages for Mike to open. One each day, so he’d know I was thinking of him. 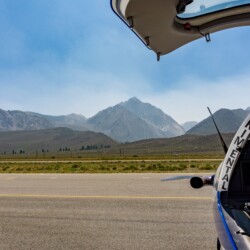 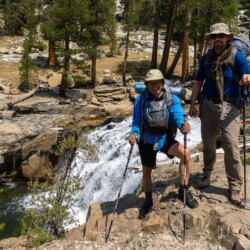 Along the edge of one of many raging waterfalls. 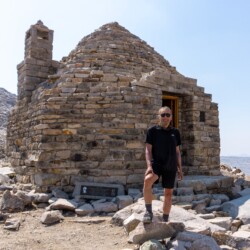 The Muir Hut, built by the Sierra Nevada Club in 1930, dedicated to John Muir, is temporary shelter. 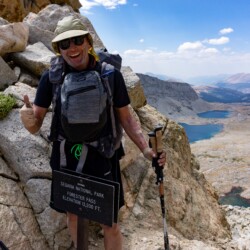 Mike BEFORE he lost his sunscreen gloves and badly sunburned his hands. 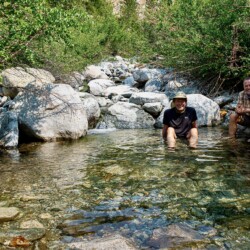 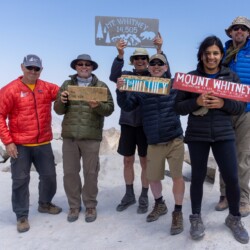 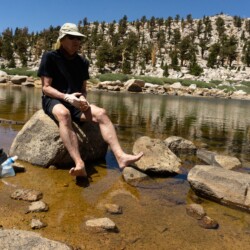 This hike was HARD on the feet. Big elevation changes on rocky terrain. 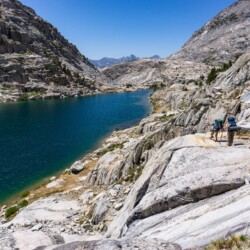 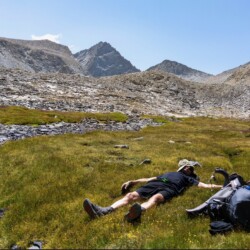 Mike is an absolutely pro napper. Out in seconds. 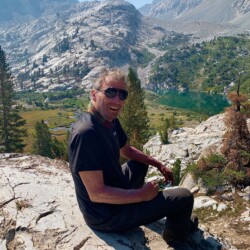 Mike catching his breath – the trail is almost entirely above 8,000 ft. 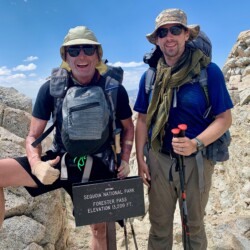 They’re making this look easy, but it was a hell of a hike.