A whimsical and practical inventor, John Hammond (1888-1965) is credited with more than 800 patents on more than 400 inventions, mostly in the fields of radio control and naval weaponry.  Mentored by both Thomas Edison and Alexander Graham Bell, he was second ONLY to Edison in the number of patents achieved in his day.  He decided that his patents would be forgotten eventually, but his castle would not!  The castle is a melting pot of Renaissance, Medieval and Roman artifacts – he just bought what he liked.  Now it serves both as a museum and a spot for parties, weddings in particular.

Hammond was quite the practical joker. While he had no connection to the maker of the famous Hammond organ, he frequently received letters assuming he was one and the same.  He would dutifully write back, promising a free organ, which of course never came. 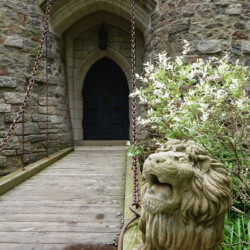 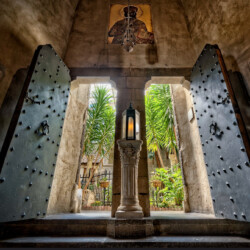 Hammond had antiques shipped from all over the world. The “studs” in this medieval door are actually hand-forged nails. 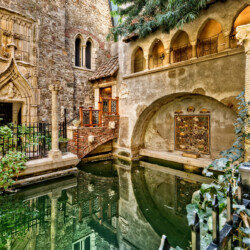 Hammond loved to tell guests that his pool was only 3ft. deep, then proceed to do a high swan dive from the upper staircase. It was actually 10ft. deep. This room has rain sprinklers, so he could swim in the rain, or soak unsuspecting guests. 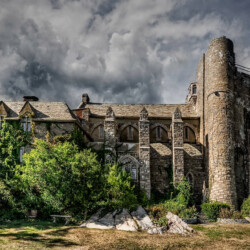 The back lawn of the castle looks directly out to sea. 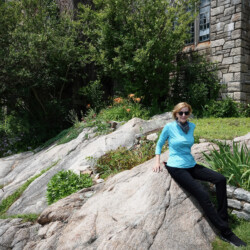 Love how the castle incorporated the natural landscape. 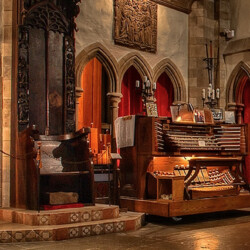 With 8,400 pipes, this was one of the largest pipe organs in the world. Hammond contributed 19 patents to the design. 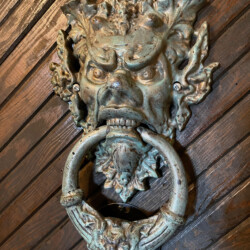 A terrifying knock on the door… 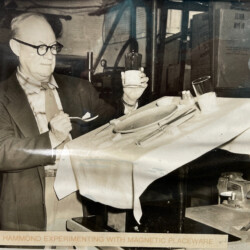 Hammond testing out an invention for dining while on unstable seas. 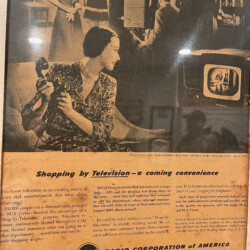 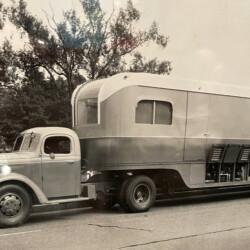 One of Hammonds inventions – mobile homes! 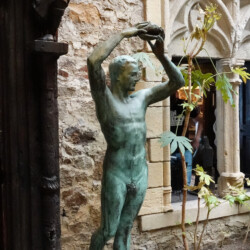 Hammond had this bronze replica of his nude likeness cast as a gift for his wife. She insisted that a fig leaf be added!