Truth or Consequences, New Mexico. Why the funny name? This town (current population of 5,894) voted to change their name from Hot Springs, New Mexico in 1950. Back in the day, there was a radio show, then a TV show called Truth or Consequences – one of those “man on the street” answering a goofy question no one would probably know the answer to – after which the person would either face consequences or win a prize (a NEW Maytag dryer)! It was actually the 4th longest running show of all time. In 1950, the show wanted to celebrate their 10th anniversary by broadcasting the show directly from any town that would be willing to change their name to the name of the show. And that, as Paul Harvey would say, is the rest of the story. 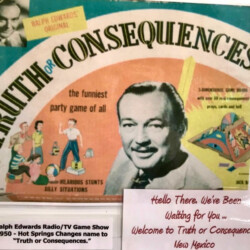 Truth or Consequences aired in various incarnations of radio and TV between 1941 and 1988. 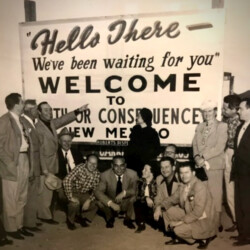 In 1950 when the town changed its name, the show was recorded on 35mm film, using multiple cameras simultaneously—the first TV program recorded before a live audience to do so. 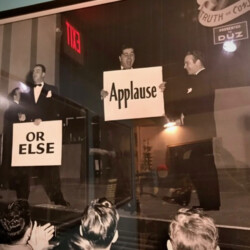 Love the mob look of the “or ELSE” guy. 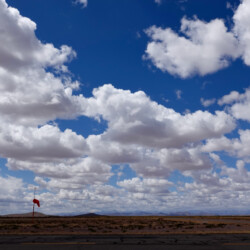 The vast New Mexico sky at Truth or Consequences airport. 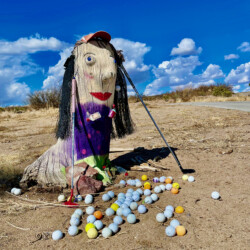 In a religious paradox, the faithful at Sierra del Rio Golf Club must leave an offering to the Goddess of Golf in order to not lose more balls. #truthorconsequences 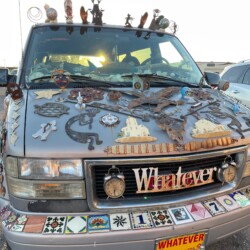 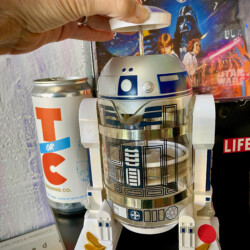 Best coffee press ever in a funky T&C coffee shop. 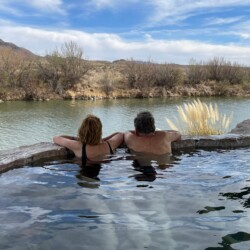 Chillaxin’ on the Rio Grande river at River Bend Hot Springs. My knee is so happy with all these hot springs!