Bozeman, MT is mighty proud of this museum – “the oldest continually operating museum of its kind in the world”.  (Silicon Valley has a Computer History Museum, too, but it opened six years after this one, and is currently closed due to CoVid.). It’s also ranked as the #1 thing to do in Bozeman by TripAdvisor. 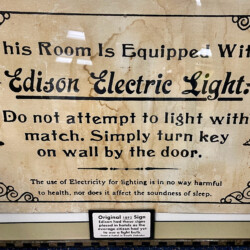 Back in 1892, you had to warn hotel guests not to use a match on the light switch! 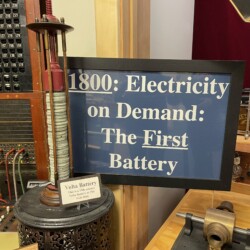 The first true battery was invented by the Italian physicist Alessandro Volta in 1800. Volta stacked discs of copper (Cu) and zinc (Zn) separated by cloth soaked in salty water. Wires connected to either end of the stack produced a continuous stable current. 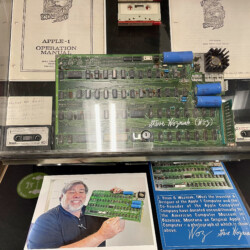 Did you know that Steve Wozniak, co-founder of Apple Computers along with Steve Jobs, was expelled from UC Boulder in his first year for hacking into the university’s computer system? 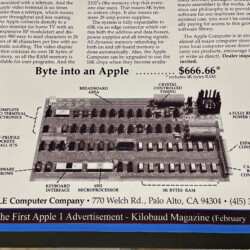 Why was the first Apple sold for $666.66? A targeted one-third markup of cost was about that amount, and Steve Wozniak really liked repeating digits. 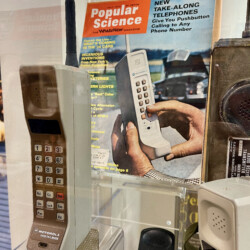 People needed MUCH bigger pockets in 1973. 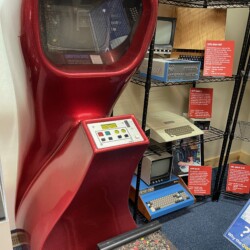 Computer Space was the world’s first commercial video arcade game. Built in 1971, with only a black and white display. Quarters inserted dropped into a half gallon turpentine can bolted to the inside. 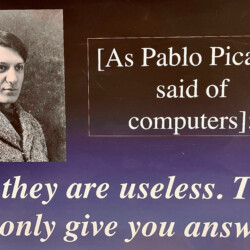 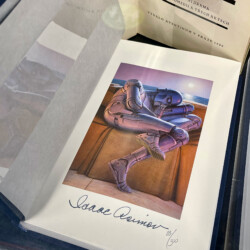 An impressive signed first edition of “I, Robot” by Isaac Asimov, famous for wrestling with the moral implications of the technology. 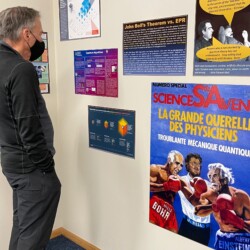 Mike geeking out over the Physics corner! 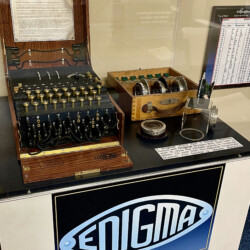 Enigma machines were portable cipher machines with rotor scramblers used during WW2. Breaking the code to intercept military intelligence was considered by western Supreme Allied Commander Dwight D. Eisenhower to have been “decisive” to Allied victory.