Epic Flight in SD and WY

While flying from Rapid City, SD to Idaho Falls, ID, we decided to put in the GPS coordinates to fly over Mt. Rushmore, Crazy Horse, and Devil’s Tower.  It’s hard to spot these with the naked eye, but today’s technology makes it MUCH easier. 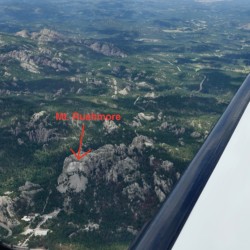 Back in the 70’s, Mike was flying a little Cessna, trying to find Mt. Rushmore. He swooped in from behind it, and accidentally came within 100 yards of George Washington’s nose! 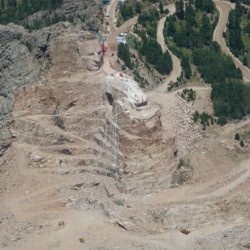 Crazy Horse, the largest sculpture in the world, has been under construction since 1948. The Lakota Warrior led the Battle of Little Big Horn, Custer’s Last Stand. 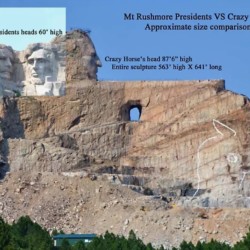 When completed, the Crazy Horse sculpture will dwarf Mt. Rushmore. His arm is extended to point at the “land of his ancestors”. 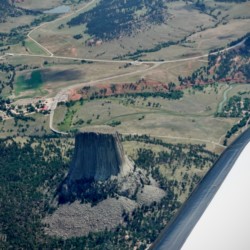 Devil’s Tower rises 5,112 ft. in the air, still standing tall after all the sedimentary rock around it eroded. 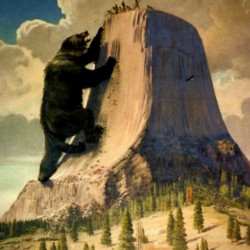 Native American tribes tell of a bear chasing warriors until the Creator saves them by raising the rock on which they stand (the tower). The marks on the tower are from the bear’s desperate claw marks as he hunts his prey. 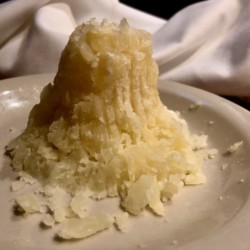 A potato homage to Close Encounters of the Third Kind. We had to explain this to the server at the restaurant.