When we planned our trip to Denver, we had no idea that we were booking a hotel that would be smack dab in the middle of the George Floyd protests – just a block away from the state capitol.  The first afternoon, we went to the capitol and saw peaceful protesters for ourselves.  After dark, a small bunch of protesters tagged buildings and vehicles with graffiti, broke windows and set fires.  It was both moving and heartbreaking to watch it in real time from our hotel window, three nights in a row. 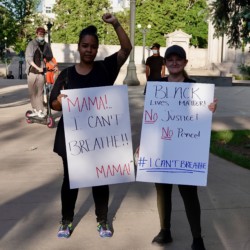 Protesters of every race joined together. 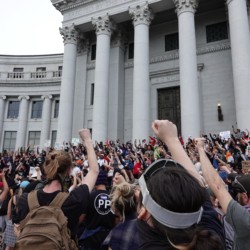 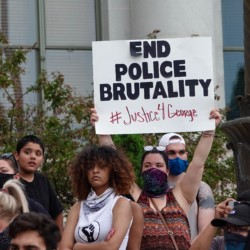 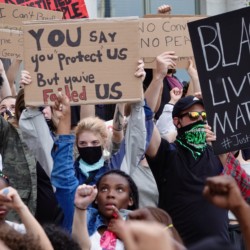 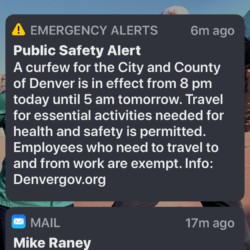 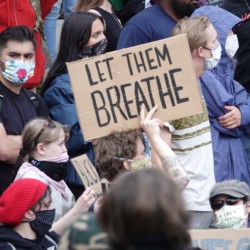 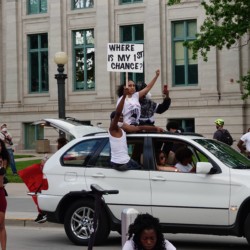 One of many in a long parade of honking cars. 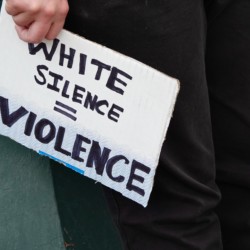 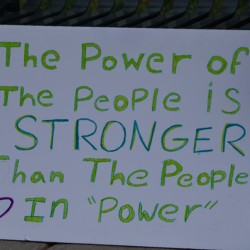 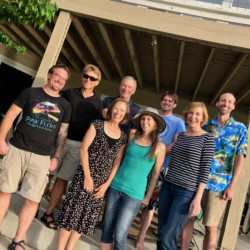 We were able to escape downtown to chow down with Mike’s sister Mary Ann and her family. 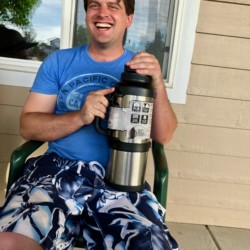 Our nephew Christopher with his GIANT jug of water that he carries everywhere. 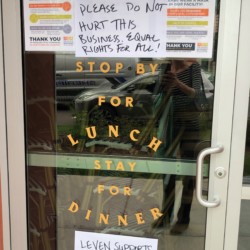 Smart shopkeepers – who did not get vandalized. 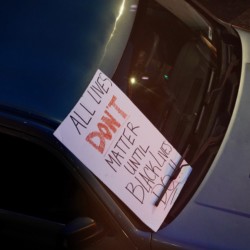 We left a similar note on our rental car, and were able to protect it from vandalism when the garage closed and we had to park on the street. 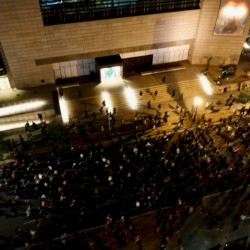 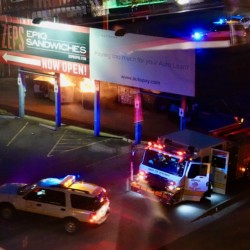 Dumpster fires, across the street from our hotel. 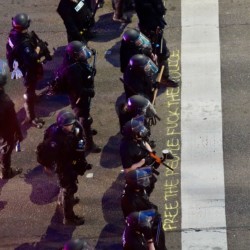 The thin blue line, standing behind the very graffiti that mocks them. 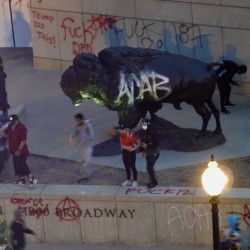 Horrible grafitti defacing the Colorado History Museum. That’s a 3,000 lb. bronze bull – I had to Google what “ACAB” meant. 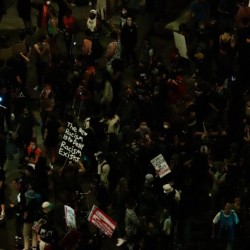 After dark, the streets really got ugly. We were shut into our rooms, and the elevator was taken out of service for security. 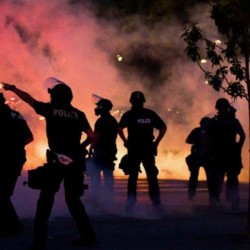