At long last, the plane is done!  When we started back in May of 2017, we had no idea it would be almost three years before we’d have a finished plane.  https://www.wherearesueandmike.com/2017/05/say-want-evolution  Now we’ll be flying again!  Our new tail number is N867ET (in pilot speak:  November Eight Six Seven Echo Tango), because we have an 867 horsepower Evolution Turbine. Woohoo! 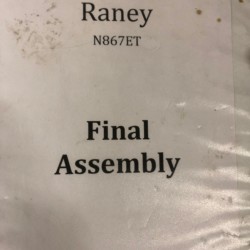 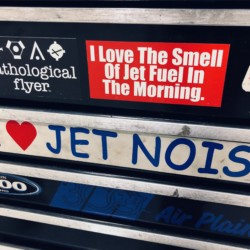 We love the build shop, Flight Metrics. Although we participated, they did the vast majority of the building of the plane. 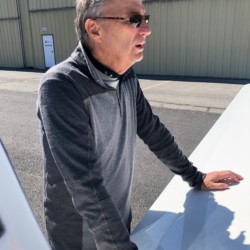 Mike listening intently to the instructor pilot for the day’s detailed flight plan. 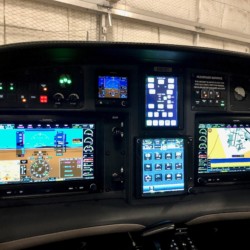 Our cockpit is completely different. We now have Garmin Avionics, and a new learning curve as well. 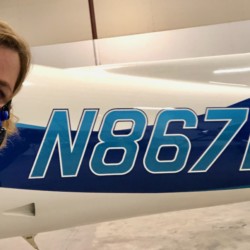 I’m modeling the latest in oxygen masks from Mountain High Aviation. We have a pressurized cabin, but carry them for emergencies. 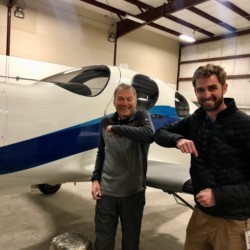 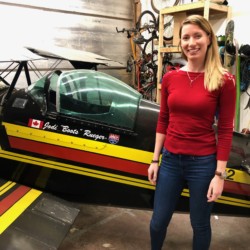 We met Sean’s lovely wife, Jodi Rueger, a commerical and stunt pilot herself. Sean proposed by having her flip the airplane upside down with a ring tied to a string on his parachute, so it flew up to eye level when they hung upside down! 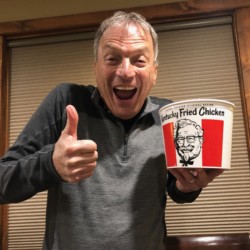 We celebrated with totally unhealthy and usually forbidden Kentucky Fried Chicken. Mike did a great job on the studying and training. 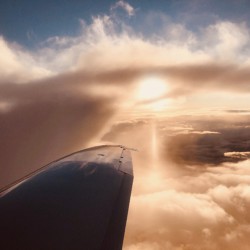 A glorious day of flying, for which we are incredibly grateful. Gorgeous sunset flight over the Oregon coast. 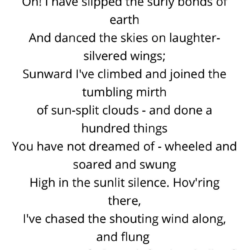 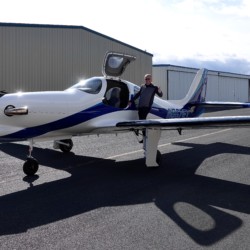 Captain Raney and the new bird! 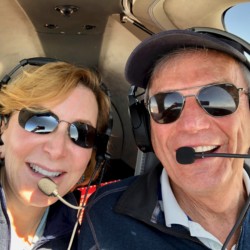 Pilot and co-pilot are thrilled to be flying again!