Before coming to Columbia, we never thought of Medellin unless it was followed by “drug cartel”, but it’s so much more than what we saw on the “Narcos” TV series.  We thought we’d educate ourselves about the dark history, because the tour guides probably wouldn’t want to talk about it.  We were wrong.  We learned all about Pablo Escobar firsthand from several native Columbians who lived through that nightmare.   At the height of Escobar’s power, just before he was captured and killed by police, Columbia was the “murder capital” of the world with 25,100 violent deaths in 1991 and 27,100 in 1992.  It is not OK to say his name in Medellin, because the person near you may have been touched by his violent past.  If you speak of him in public, you call Escobar P.E., or Mr. X, or even Voldemort.

What we see today is an area still gritty around the edges, but trying hard to attract tourism with museums, restaurants and vibrant nightlife. 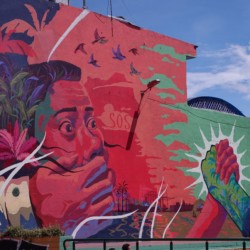 Disturbing from the start, one of our first images was a mural about kidnapping. In the 90’s, there were “express” kidnappings that would only be for an hour if money was paid. 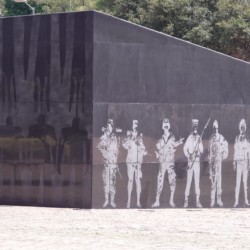 FARC – Fuerzas Armadas Revolucionarias de Colombia is a guerrilla force funded by kidnapping, ransom and drugs. Still active along the border with Panama, they have refused to disarm following the 2016 Peace Accord, for which President Juan Manual Santos won the Nobel Peace Prize. 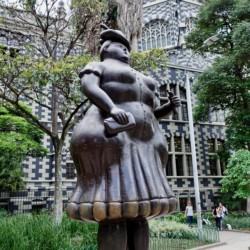 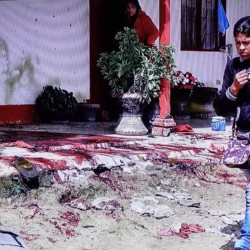 Historical photo from a local museum, La Casa de la Memoria, curated not for Escobar, but for the victims of the violence. 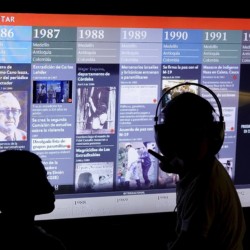 Local school children at the museum absorbing the graphic past of their country. They’re very young to see some of the photos here. 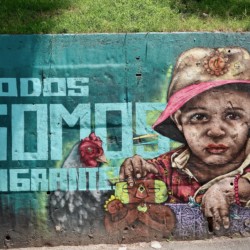 We are all immigrants. 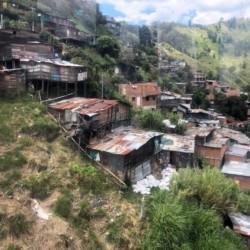 As opposed to most cities, the poorest people live at the TOP of the hill in Medellin, because it is the furthest away from groceries and transportation. The wealthy live at the bottom. 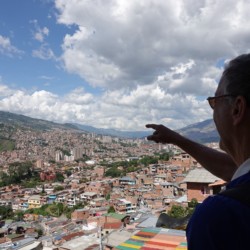 The view from the top of Medellin showed just how dense this city is.

How could you resist buying an avocado from this cutie? 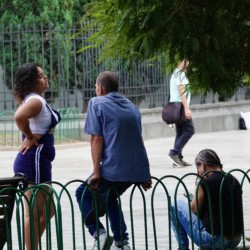 Drugs are not legal in Columbia, except for medical marijuana. Prostitution IS legal, regulated and limited to “tolerance zones”. Prostitutes must be registered and have regular health checks. Pimps are not allowed. 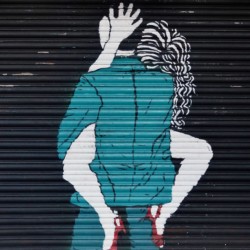 The reality is that it’s incredibly difficult to enforce these laws, and sexually transmitted disease is rampant here. Travel is such an eye opener, but the truth is you’re not always going to like what you see. 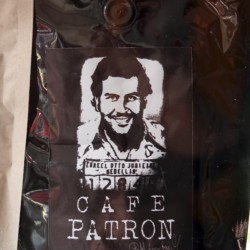 We were surprised to see coffee sold with a photo and signature of Escobar. Locals would never buy this, it’s only sold to tourists. 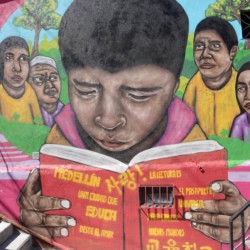 Rough translation: Medellin is a city that loves education. Reading is the universal passport to find new worlds. 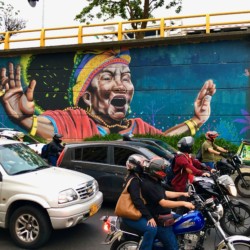 The murals here are extraordinary. This woman is practically singing out loud! 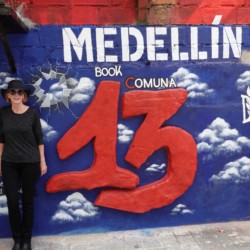 Comuna 13 used to be a drug war zone – and is now a residential area with hip graffiti and BOOKS (thank you Amazon)! 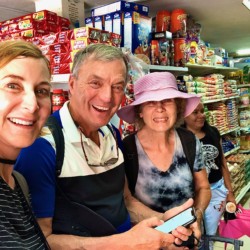 Fun! In Comuna 13, we were given 50,000 pesos (about $15 USD) and a shopping list for a challenge to see how close we could come to the peso! We had a grocery list, and all we knew was that it was for a couple with no children. 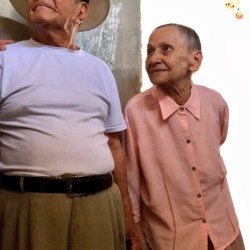 Meeting the sweet couple that received our groceries was emotional. They’d been married for over 60 years. She used to be a nun before she married him. He said the secret to a happy marriage was not to be jealous of other men looking at your wife. 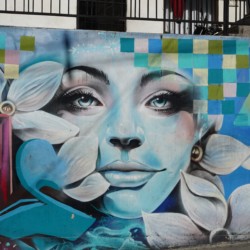 Many Columbian women are stunningly beautiful. 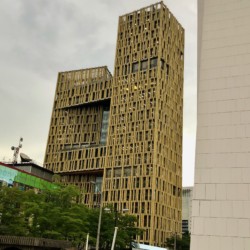 Architecture is more miss than hit. This is known by locals as the McDonalds french fry building. 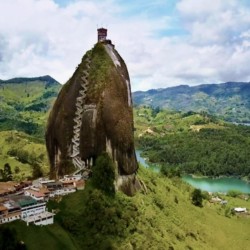 Just outside of Medellin is La Piedra de Peñol – a rickety staircase with 650 steps but a killer view!