Warm, humid and bursting at the seams with art and music, Cartagena is a vibrant seaside town.  It has a very Caribbean feel – totally different from Bogotá and Medellin. 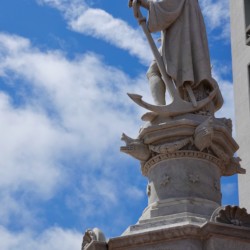 Christopher Columbus never set foot in Columbia, but it was named in his honor. Back in 1499, it was rumored that mountains were made of gold and littered with emeralds. 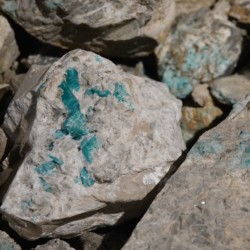 Emeralds in the rough. Columbia has the largest share of the world’s production of emeralds. 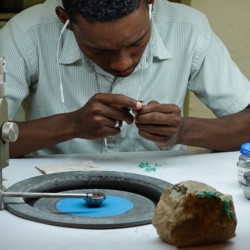 A skilled jeweler carefully cuts and polishes emeralds. We even found one to take home! 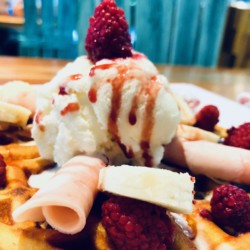 So we ordered helado con fruta (ice cream with fruit) and it came with HAM?! 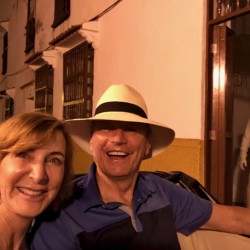 An evening carriage ride is a must in Cartegena. Local vendors run next to you singing songs or making up a customized “rap” for you. 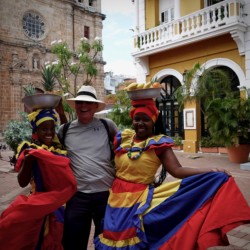 Columbia is colorful? That’s an understatement. 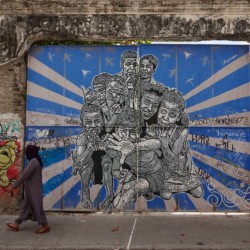 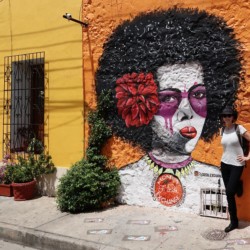 It’s so hot and humid here that even the makeup on the murals is melting. 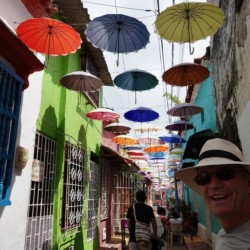 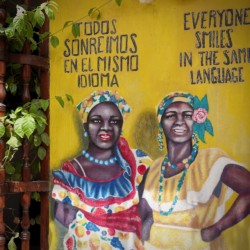 LOVE this! Cartagena is a multi-racial city, with South American, African and European ancestry in the mix. 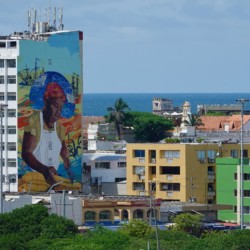 The Caribbean Sea makes a stunning backdrop to this city. 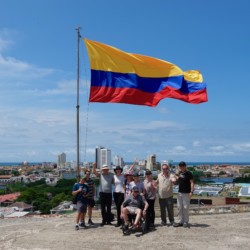 Our G Adventures tour group under the Columbian flag. 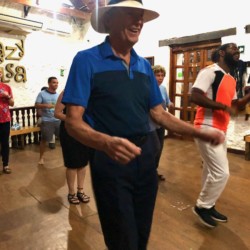 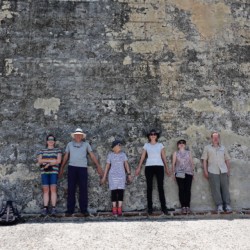 We were just trying to grab a little shade in Castillo San Felipe de Barajas to cool off. Then someone said we looked ready for the firing squad. 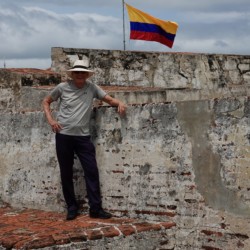 Mike’s “Panama” hat (made in Bolivia, bought in Columbia) was purchased after an intense 15 minutes of bargaining. Final price? Twelve bucks. 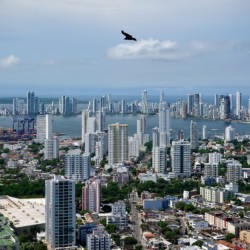 View from the top of La Popa mountain. Cartagena was once a gold rush town, with Spaniards in search of “El Dorado”. Later it was a stop on the slave trade route between Africa and the United States. 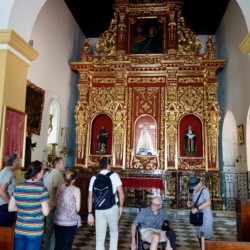 The 22-carat gold chapel at Convento de la Popa has survived war, pirates and a lot of tourists. 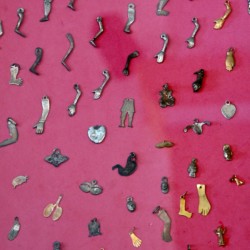 Special charms hang from the convent wall enclosed in glass. Each representing a miracle come true. Every February 2nd, people fill the streets here in a processional, asking for health miracles. 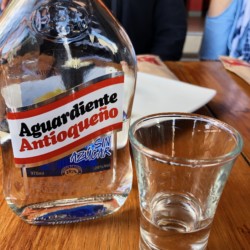 Aguardiente means “fire water” – this is the local anise flavored drink. One of the more creative uses of sugar cane. 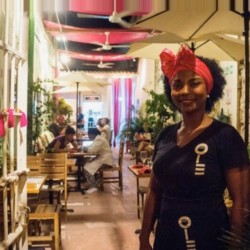 Restaurante Interno is a Columbian success story! Walking past iron bar doors, we entered a restaurant located inside the women’s prison. All of the restaurant staff (kitchen and servers) are inmates. 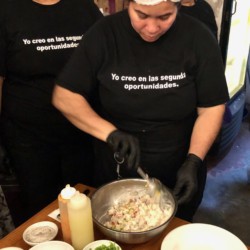 Inmates serving time for drug possession, theft or prostitution violations are taught restaurant skills. Their shirts say, “I believe in second chances”. I also believe her ceviche was delicioso! 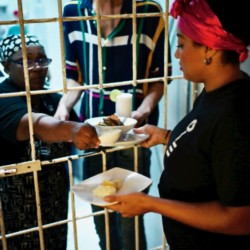 Kitchen staff passes food through the iron bars. There’s a good track record of inmates with skills being hired into the restaurant community. 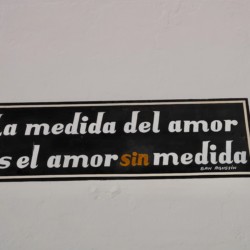 “The measure of love is love without measure” – Francis de Sales