Bogotá, Colombia, doesn’t always give gringo travelers the greatest first impression.  The high altitude (8,660 ft.) creates frequent grey and dreary skies, and the weather is reliably chilly.  Tourism is still a novelty here – you need to speak Spanish and have your wits about you. 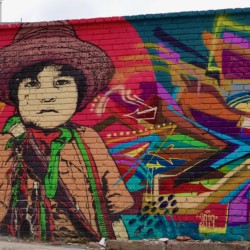 Murals are an example of the “broken windows” theory in reverse – enhancing the feeling that a public area is cared for, which makes crimes of opportunity such as vandalism, illegal dumping, drug use and robbery less likely. 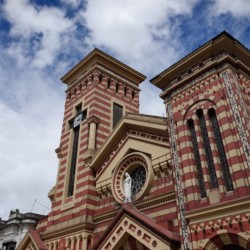 Santuario Nuestra Señora del Carmen, or Cathedral of the Virgin Carmen. New to you, too? She’s the patron saint of mariners and fishermen. 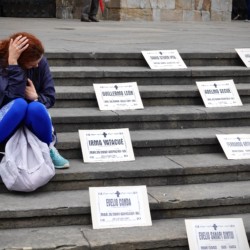 Heartbreaking. Columbia has a huge number of “forcibly disappeared” persons, as a result of gang warfare and drug violence. A task force is trying to identify remains, from people missing as early as 1970 – many buried in mass graves. This makeshift memorial was at a cathedral in Bogotá. 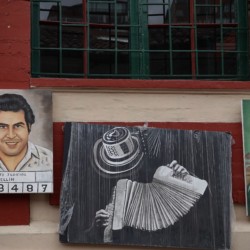 Murderous cartel kingpin Pablo Escobar (left) is romanticized by pop culture. To win the support of everyday Colombians, Escobar became a modern day Robin Hood. He built hospitals, stadiums, and housing for the poor. He even sponsored local soccer teams. 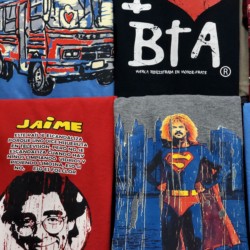 Escobar, who was killed by police in 1993, is remembered as a Superman. Dubbed “The King of Cocaine”, Escobar was the wealthiest criminal in history, with a net worth equivalent to $58 billion as of 2018—while his cartel monopolized the cocaine trade into the US. 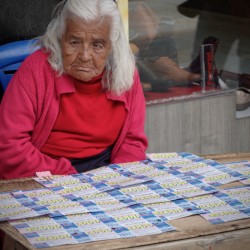 One of Escobar’s early scams was to sell fake lottery tickets. Still very popular, and sold in person, at least now someone has a chance to win. 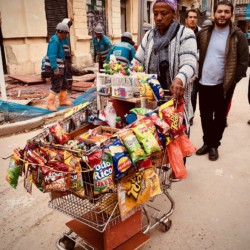 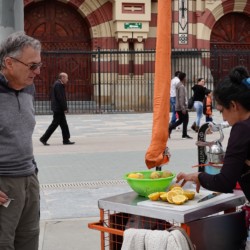 Mike insisted on buying fresh orange juice from this street vendor with sketchy hygiene. He didn’t get sick, so the next day, we went back and I had some as well! 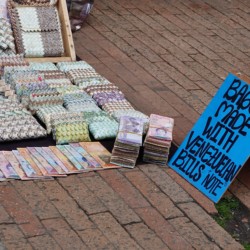 Columbia has seen a tidal wave of migration from troubled Venezuela, and is doing their best to welcome migrants. After all, many Columbians temporarily migrated to Venezuela during the days of the drug cartels. This level of migration is unprecedented – 20% of Venezuelans are now refugees. 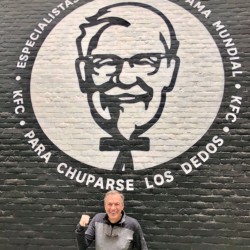 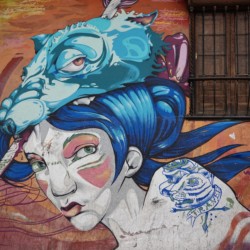 A fierce traveler! Love her tattoo! 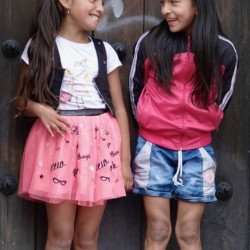 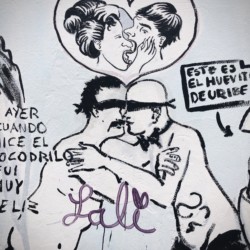 Not sure what to make of this street art. Yowzah. 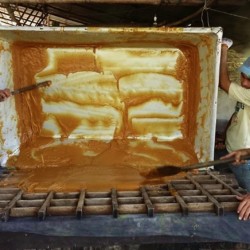 Panela is juice squeezed from sugar cane, boiled, poured into molds and then crunched into powder. It’s like KoolAid used be peddled in the US – cheap calories for the kiddos. 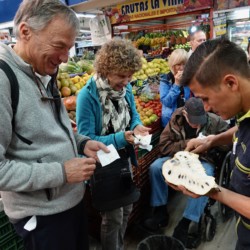 Guanabana? That’s a new fruit. Tastes like a fusion of pineapple, strawberry and orange. Or so they told us… 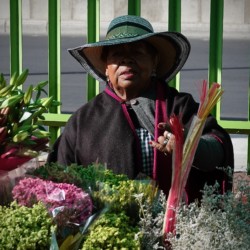 This looks like an undercover Oprah Winfrey, right? Just a chic flower merchant at Paloquemao Flower Market in Bogotá. 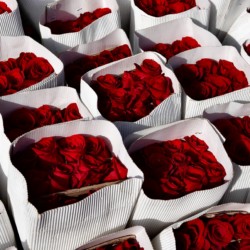 Did you know that 70% of cut flowers in the US are imported from Columbia? Columbia exports over six hundred million roses to the US every year. A dozen roses will run you about 17,000 Columbian pesos… the equivalent of $5 USD. If you really want to impress your Columbian lover… buy orchids instead! 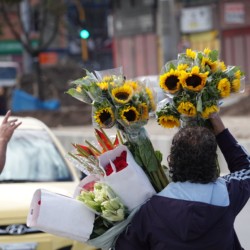 What? You didn’t buy flowers for your sweetheart yet? Vendors running from car to car have you covered.