Franklin Delano Roosevelt was born in Hyde Park, NY in a home that he later extensively remodeled and expanded.  He called it “Springwood”,  just because it was fashionable to name one’s mansion back in the day.  The National Park Service now operates it, and gave us a terrific tour.  In 2020, it will be closed for renovations, including air conditioning necessary to preserve the antiques within from our warming climate. 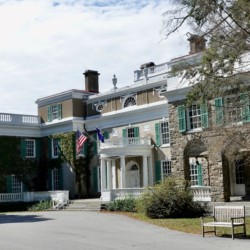 FDR was born here in 1882, into a family wealthy from Manhattan real estate and Chinese tea and opium trading. 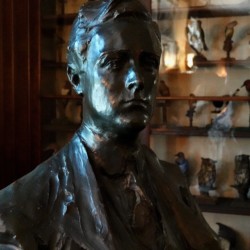 FDR had a privileged upbringing, traveling to Europe every year, and attending the finest private schools. This sculpture already shows his characteristic strong jaw line. 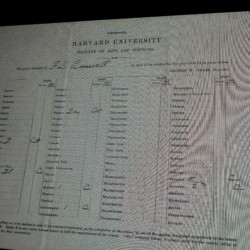 FDR was an average student at Harvard, devoting more time to his social life than his studies. His cousin Theodore was elected Vice President while FDR was at Harvard, elevating his status considerably. 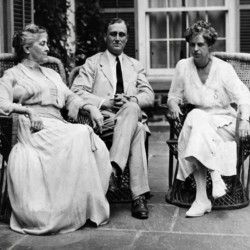 By all accounts, there were three people in this marriage. Sara Roosevelt, FDR’s mother, continued to live at Springwood after her son married. She oversaw the day-to-day operations of the house, and dictated the upbringing of FDR and Eleanor’s five children. 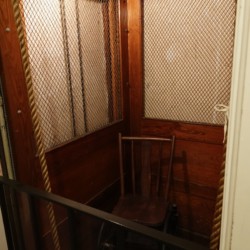 FDR contracted polio when he was 39. Instead of having a chairlift installed on the stairway, he insisted on pulling himself up manually to the second story in the dumbwaiter. 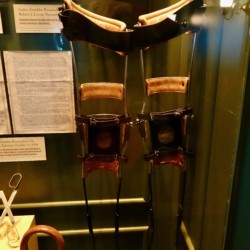 FDR’s leg braces were heavy and uncomfortable. He only wore them for public appearances, spending most of his life in a wheelchair. The polio vaccine wasn’t invented and approved until 34 years later. 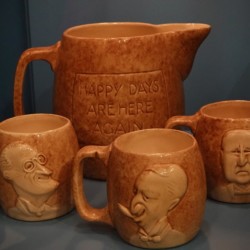 Celebrating the repeal of Prohibition in 1934, FDR chose “Happy Days are Here Again” as his campaign slogan. 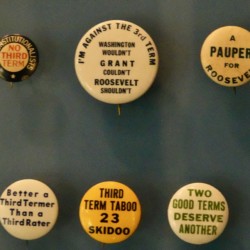 FDR was elected during the Depression. By the time he was up for reelection for his third and fourth terms, the US was embroiled in WWII. After he died, the 22nd Amendment was passed to limit any future president to two terms. 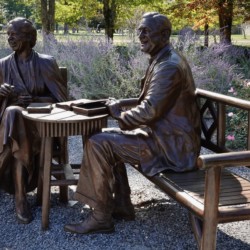 FDR was extremely well read – his personal library has more than 22,000 volumes on military, economic, and diplomatic policy and even poetry (particularly Rudyard Kipling). 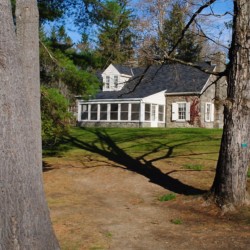 So dominating was Sara Roosevelt that Eleanor took up residence about a mile away from Springwood at the modest Val-Kill Cottage. After FDR died, she lived here full time. 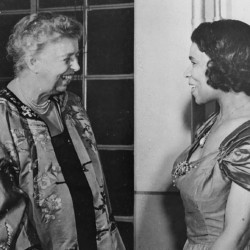 An outspoken advocate of social justice, Eleanor became a moral force during her time as First Lady. She resigned from the Daughters of the American Revolution in 1939, when they refused to let talented opera singer Marian Anderson sing at Constitution Hall because of her race. 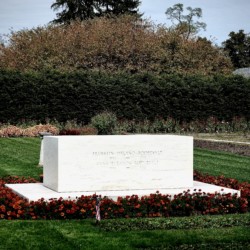 FDR and Eleanor are buried together on the Springwood Estate.