Aside from Edinburgh and Stirling Castle, we also saw Dunnotar, Doune, Drum, Dunrobin, Cragievar, Eilaen Donan, Crathes, Dunfermline Abbey and Holyrood Palace.  To be honest, they did start to blur a bit after a while.  Here are some highlights! 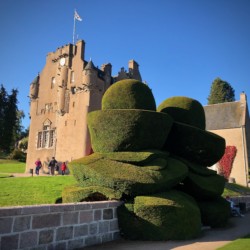 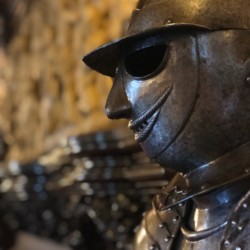 Did you know that the average suit of medieval armor weighed 110 lbs.? Studies show that wearing a suit of armor takes more than twice the energy of normal walking. Wearing 17 pounds of steel plates per leg requires no small amount of effort. So there was a grimace behind that steely smile. 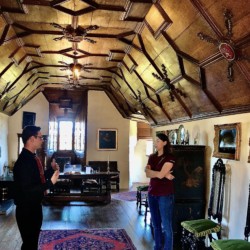 Jessica is considering a ceiling remodel when she gets home. 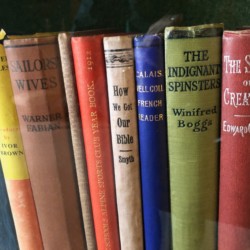 I’ve been meaning to read “The Indignant Spinsters”! 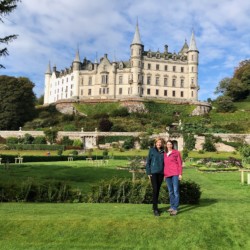 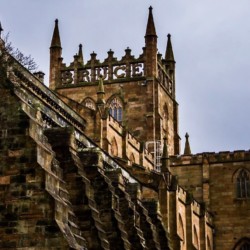 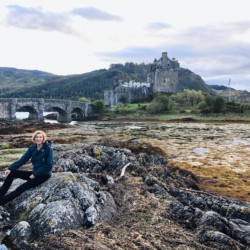 A bonny day in Scotland at Eilean Donan castle, set on an island wher three different “lochs” or lakes meet. That connecting stone bridge is recent – it was only built 800 years ago… 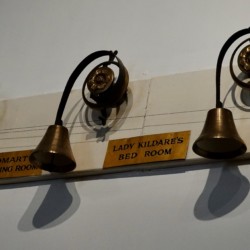 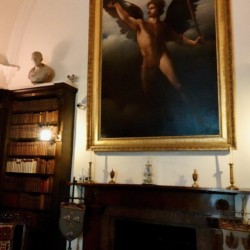 The Archangel so prominently displayed in the library at Drum Castle is rumored to be a SELF PORTRAIT of the laird (lord) of the castle in the early 1700s. Oh, my… and glory be! 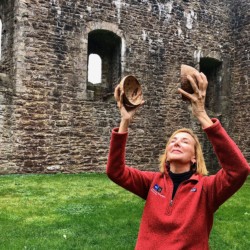 Refining my horseback riding technique at Doune Castle, where Monty Python and the Holy Grail was filmed in 1975. 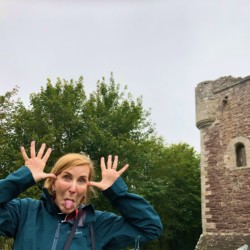 Your mother was a hamster and your father smelt of elderberries! Now go away or I shall taunt you a second time! 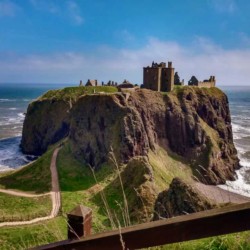 Dunnotar Castle, built on a bluff overlooking the sea – a perfect defensive location. 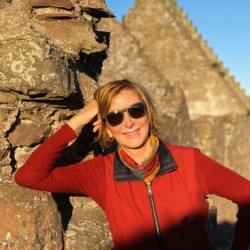 Taking in the view at Dunnotar from the suite where Mary, Queen of Scots stayed. 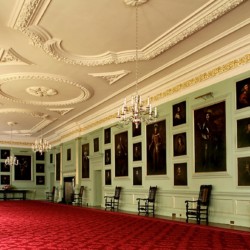 Holyrood Palace’s Great Hall showcases 95 paintings of royalty and nobility. The artist painted these at a clip of one per week over only two years! Several are damaged from a 1746 battle when troops charged in the palace, slashing paintings with their swords. 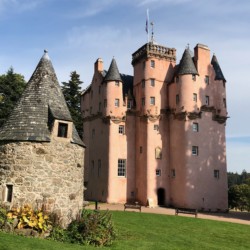 Cragievar Castle, with its pink tinted facade, finely sculpted multiple turrets, ornate corbels and carved stonework — is said to have been an inspiration for Walt Disney’s Cinderella Castle. 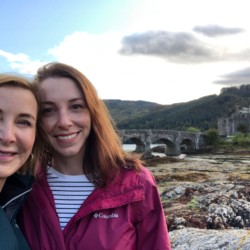 Great trip overall! Hats off to Jessica for doing the planning! 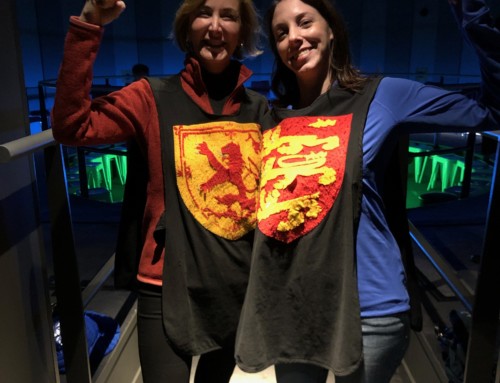 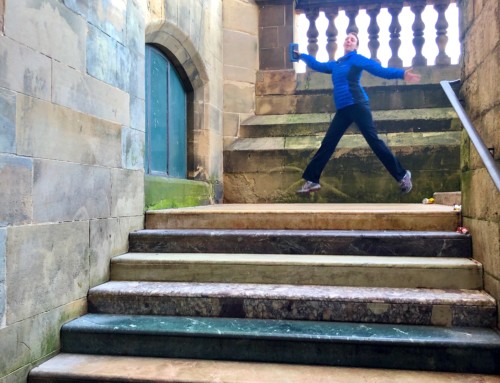 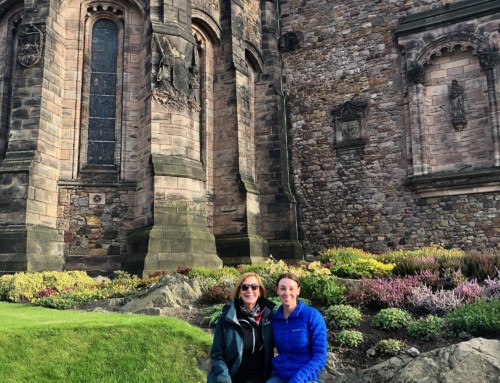 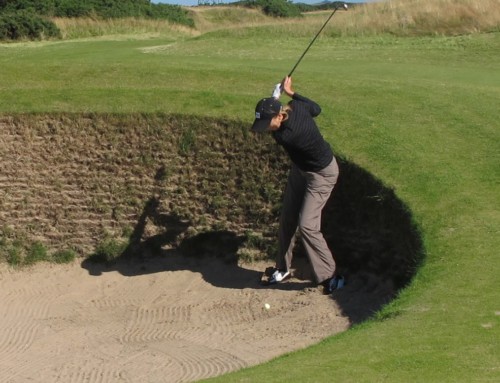 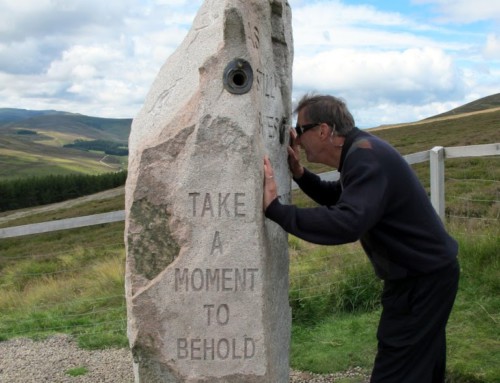