We took the Black Ball Ferry from Port Ludlow, WA to Victoria for a little dose of Canada. 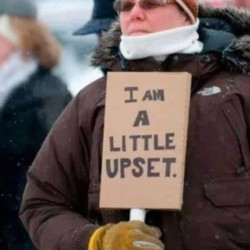 Enough of the American news cycle. Thought we’d take off for Canada, where protests are more polite. 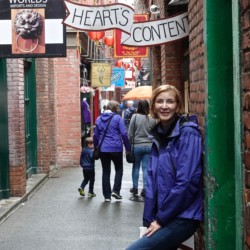 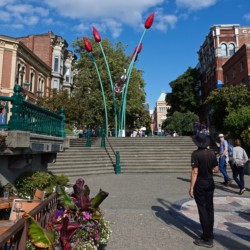 Bastion Square is now a lovely pedestrian thoroughfare. It still has plenty of law offices, as it’s near the old jailhouse where executions took place. 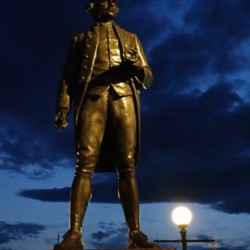 This stunning statue of Captain Cook stands in Victoria Harbor. It was unveiled in 1976, a full 200 years after his ship landed here. 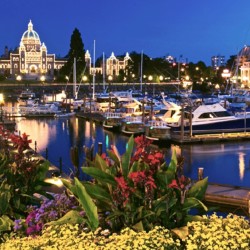 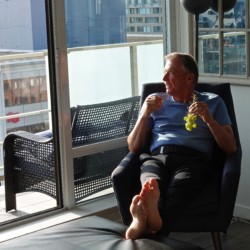 Typical pose – Mike is such a fruit hound. 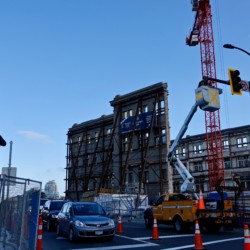 Originally built in 1898 as a post office, the Customs House facade is being saved and transformed into luxury condos with a harbor view, and the highest price per square foot in Victoria history. 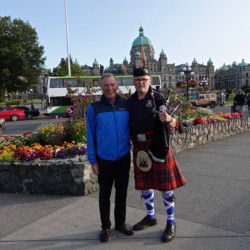 Mike chumming it up with the bagpiper. 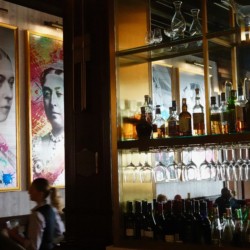 The Empress Hotel sports modern photos of Queen Victoria by the bar. She was a fan of scotch whiskey, especially in her tea. 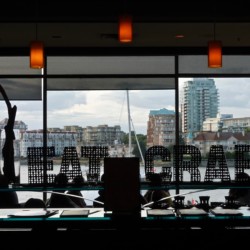 Oh, yes we did! The crab and fish were great! 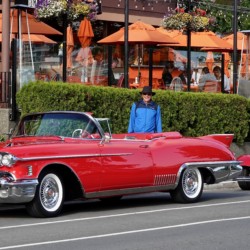 Victoria was having a classic car show. I think this is a Chevy Impala? 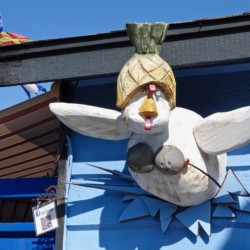 A cheeky depiction of the “pineapple express” winds that come from the southwest. 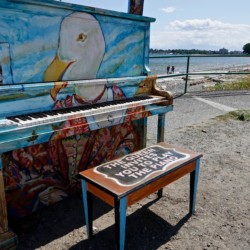 Victoria had these pianos sprinkled everywhere. Made me think of my friend, Ron Snyder, who would have drawn an appreciative crowd. 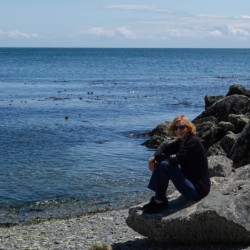 Taking in the salt air.