Anchorage is the gateway to Alaska for most travelers.  An astounding 40% of the population of the state live there. 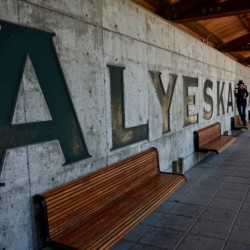 Alyeska is an archaic spelling of the Aleut word Alaska meaning “mainland” or “great land”. Remember, Alaska is nearly two and a half times as large as Texas. 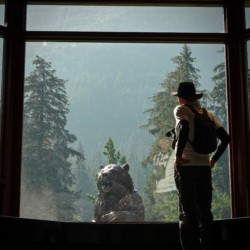 Mike is ready to brave all bears, even the really still ones. 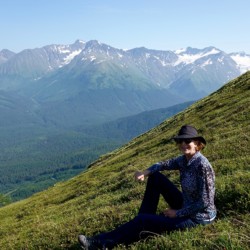 The hills are alive with the Sound of Music! 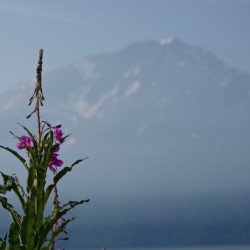 Fireweed is a native plant, so called because it’s the first colonizer after a fire. Note how hazy the mountains are – from a fire in the distance. 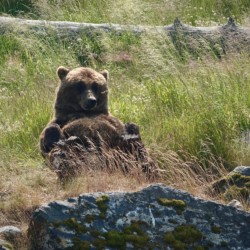 Alaska Wildlife Conservation Center cares for injured and orphaned animals. This grizzly was raised with a full tummy, that’s for sure. 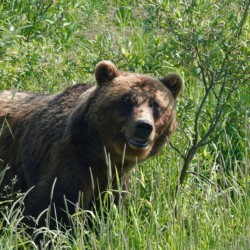 Another AWCC grizzly, who can even smile for the camera. 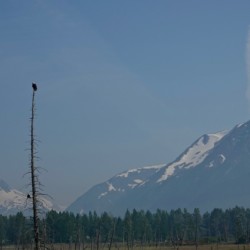 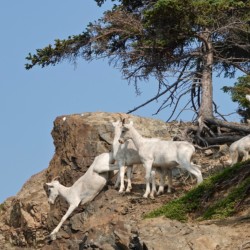 The mountain goat is the undisputed master of terrifying heights and seemingly impossible-to-scale cliff faces. 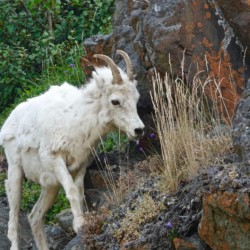 This nanny (female) goat is starting to shed her winter coat. 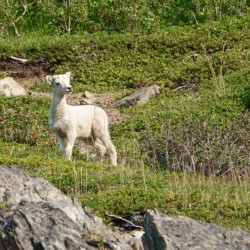 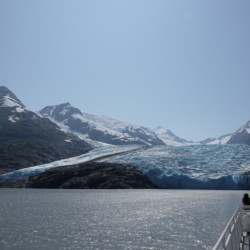 Did you know that 5% of Alaska is covered by glaciers?! We’re losing them rapidly due to global warming. Tidewater glaciers were recently discovered to be melting underwater 100 times faster than scientists previously thought. 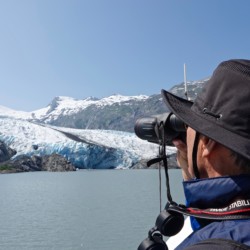 We’re within 300 yards of the Portage Glacier. So close you can hear the ice crack. 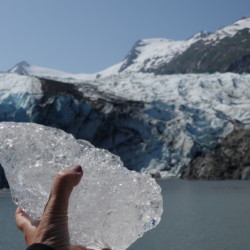 A little piece of iceberg. 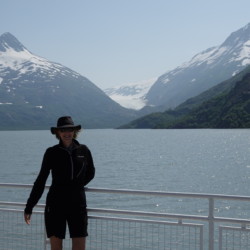 Even on a balmy 80 degree day, it’s a little chilly when the breeze glides over the ice before it hits you. 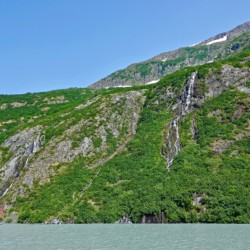 Just for a sense of scale, I added an arrow to point out a teeny tiny canoe. 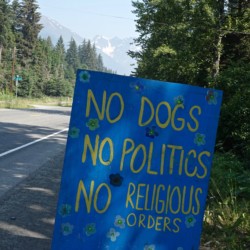 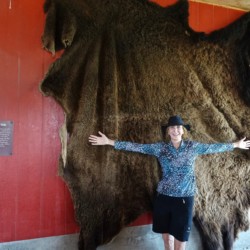 This hide comes from the largest land mammal in North America. The wood bison can weigh up to 2,000 lbs. 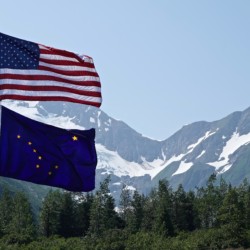 Alaska’s motto is “North to the Future”, and their state flag sports the Big Dipper and the North Star.