The Louvre is the largest museum in the world – so big that it’s impossible to see all the museum has to offer in one visit. How long would it actually take? Well, if you had 100 days to spare, you could probably squeeze in every piece of art, but you could only spend 30 seconds on each piece – and that’s if you were there all day, every day. The museum offers 380,000 pieces in total – but not all of the collection is exhibited to the public.  In fact, there are plans to open a second Louvre Museum in Dubai with the ample undisplayed artwork. 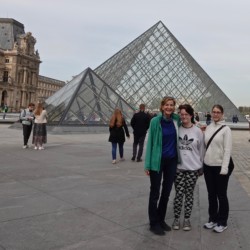 The Louvre’s famous glass pyramid was unveiled in 1989, when Louvre visitors numbered only 3.5 million per year. Now we’re part of a herd of 10 million. 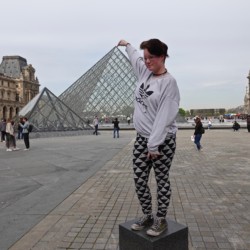 Kitty with the Louvre pose. 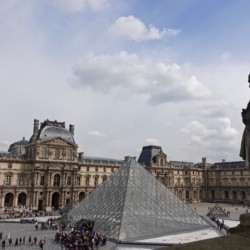 I.M.Pei’s revolutionary pyramid design, as seen from our lunch spot on the balcony, with glass carefully chosen for maximum sunlight without damaging artwork. 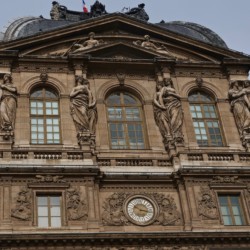 Back in the 14th century, the Louvre was a palace before it was a museum. This is only one of many grand entrances! 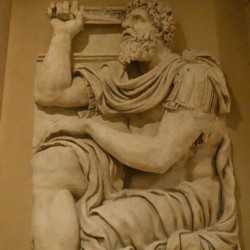 Now this is what I call a headache. 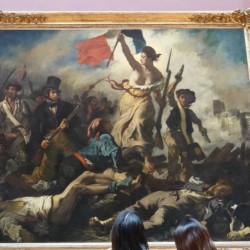 The French Revolution (Delacroix 1830). A shocking, gritty painting of a turbulent time. What caused an uproar when this painting was unveiled? The woman holding the flag, who was real and dirty and had (gasp) ARMPIT HAIR! The only armpits that had been painted until then were those of goddesses, who magically had no hair. 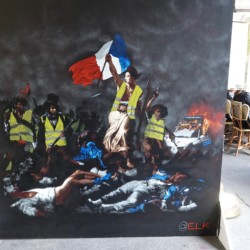 The Yellow Vest Movement, today’s Revolution, named after the fluorescent vests worn by protesters during their demonstrations—began in reaction to French President Emmanuel Macron’s fuel tax hike, implemented to help reduce emissions and combat global warming. It was later repealed. 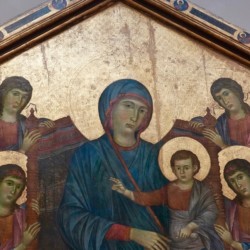 This Cimabue painting from 1280, depicts the Virgin Mary and angels all with the SAME face, one of beauty so ideal it met the standard for all religious females. 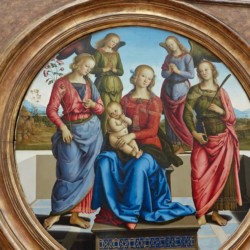 This painter, Perugin, used one model for the face, one for the hands, one for the feet to make up the “ideal” of beauty in the day. So basically we have Medieval Photoshop! 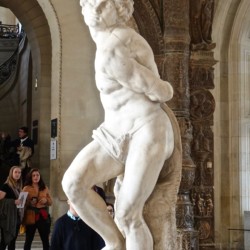 This is the only Michaelangelo statue in the Louvre. No David, this one sports a crack starting above the ear. When discovered, Michealangelo abandoned the project. 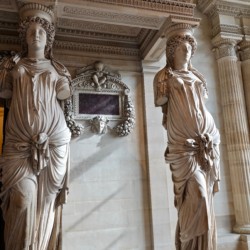 The Vestal Virgins were priestesses of Vesta, the goddess of the hearth. One of their most important functions was the maintenance of the sacred Roman fire within the Temple of Vesta. These Vestal Virgin statues mimic the ones at the Acropolis in Athens, down to the missing arms. 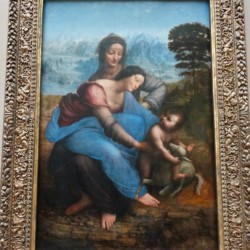 One of DaVinci’s earlier works. One of the first times that someone is actually SMILING in a painting! 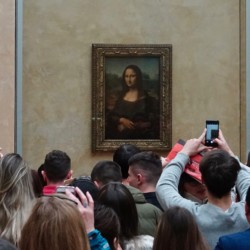 Kitty and a few other people getting an iPhone shot of Mona Lisa. 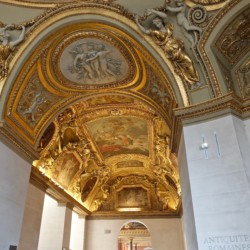 Once in a while, you have to forget the paintings on the wall, look UP and remember this was a palace. The ceilings are exquisite here. 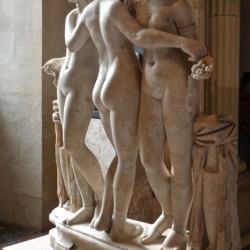 The three graces, so delicately carved. 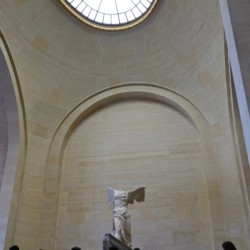 Winged Victory is one of the most famous statues in the Louvre. In 1939, she was temporarily moved to a private residence in the French countryside to protect her from the Nazi invasion. 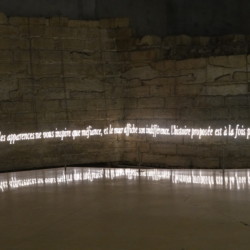 Translation: The concern for appearances inspires you, but with suspicion. The wall displays its indifference. The proposed story is both profound and silent. 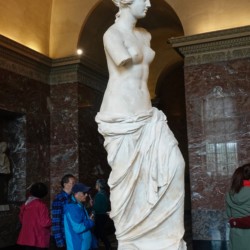 The Venus de Milo is an accidental surrealist masterpiece. Her lack of arms makes her strange and dreamlike. She is perfect but imperfect, beautiful but broken—the body as a ruin. That sense of enigmatic incompleteness has transformed an ancient work of art into a modern one.