The Palais Garnier Opera House made SUCH an impression.  Napoleon III (Napoleon Bonaparte’s nephew) having survived an assassination attempt at the “old” opera house, decided to build a new one with a separate and secure entrance for himself.   After a frenzied competition, he hired architect Charles Garnier, who combined an eclectic mix of earlier European styles including baroque curves and ornamental profusion.  Criticized as over the top in 1875, it is now revered as a historical landmark by the French. 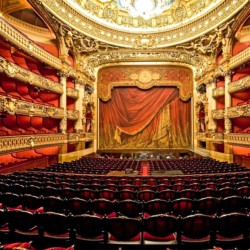 The Palais Garnier stage, the largest in Europe, can accommodate up to 450 artists. The canvas house curtain was painted to represent a draped curtain, complete with tassels and braid. 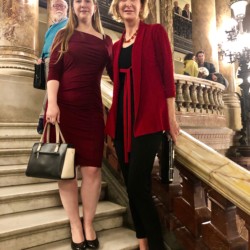 Sarah and I being very sophisticated on the marble grand staircase. 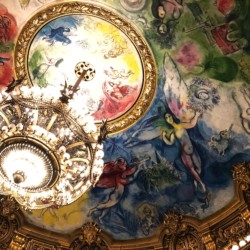 The famous seven ton chandelier was an important character in 1910’s fictional Phantom of the Opera, in this very setting. 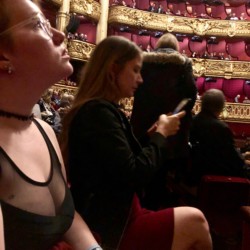 Even Kitty was impressed by Palais Garnier 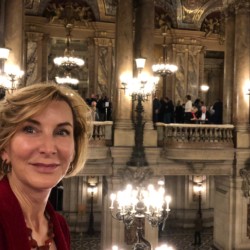 Inspired by the Hall of Mirrors at Versailles, the Grand Foyer has ten doorways, each representing the music from various countries. Dazzling chandeliers flank the center ceiling panel and stretch across the length of the room. 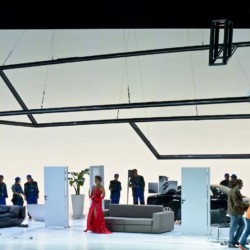 We saw a wonderful opera – Don Pasquale by Donizetti. A funny situation turns truthful, making you laugh and reflect at the same time. The set was clever – a bare bones roof, a few furniture pieces and a green screen. And the music!! Bravo!!! 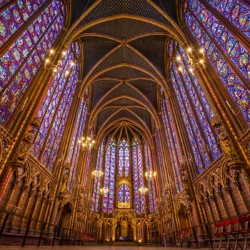 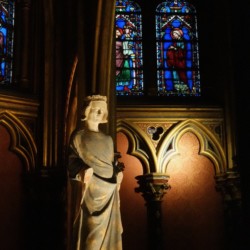 St. Chapelle was commissioned by King Louis IX, who later became St. Louis. He wanted it to hold relics, particularly the crown of thorns (since moved to Notre Dame for safekeeping). 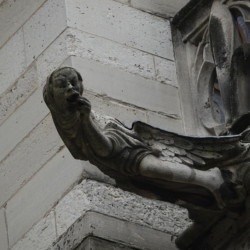 Love this gargoyle holding his mouth open to drain rainwater at St. Chapelle. Disgusting for posterity! 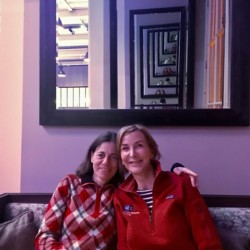 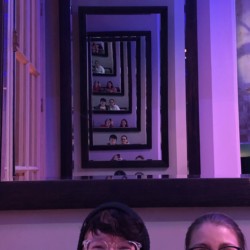 Kitty and Sarah in the wormhole. 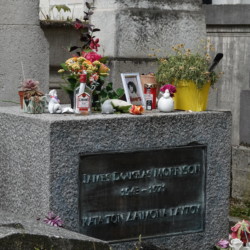 Jim Morrisons’s grave at Père Lachaise Cemetery. Note there is a message in a bottle. Of gin. He wasn’t French, but died here, so they let him rest here.

Chopin died of tuberculosis at age 39, which was 72 years before the vaccine for TB was invented. Can you imagine the music he’d have composed with a longer life? 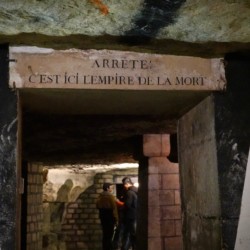 Stop. This is the Empire of Death. The Paris catacombs were created in the late 18th century after heavy rains caused a church graveyard to slide into residential properties. 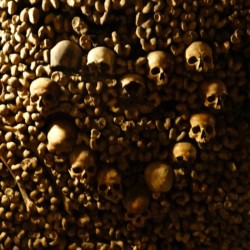 Over 2 million bodies were moved, at night, followed by chanting priests, to the new underground location – an abandoned quarry under the city. 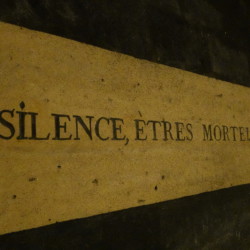 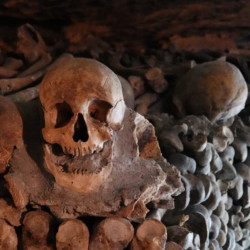 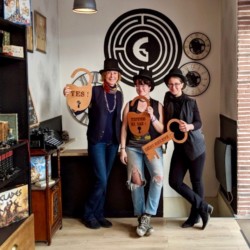 We couldn’t leave Paris without completing Sarah’s favorite pastime. An escape room, themed all about Gustav Eiffel. We made it, whew!