The Dead Sea, The Sea of Galilee and the River Jordan

The Dead Sea is not a sea, but a big salt lake. The Sea of Galilee is not a sea, but another big salt lake.  Why the confusion?  Incorrect translation strikes again!  Both are connected to the River Jordan.  The entire water system is in crisis, due to unauthorized diversion for agriculture and over harvesting of dead sea salt for commercial products.  So far the governments of Israel, Jordan and Palestine have struggled to regulate water and come up with a canal plan.  Given all religious and political drama in this part of the world, you would think solving a water crisis would be easy by comparison. 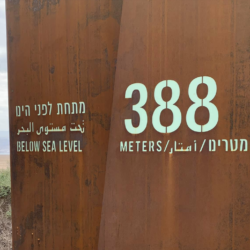 At 1,412-feet below sea level, the Dead Sea is the lowest point on earth. Even the sign can’t keep up with how far it has receded. 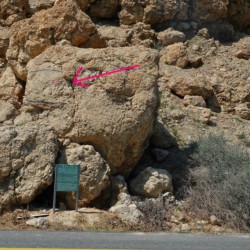 The Dead Sea is shrinking at an alarming rate, the surface level is dropping more than a meter per year. The red mark shows the level of the sea 100 years ago. 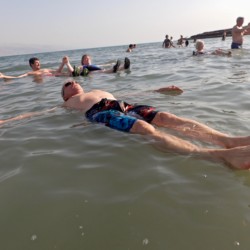 Mike executing the perfect back float. 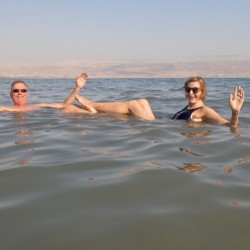 The Dead Sea is about 10 times saltier than the ocean. We’re just sitting in the water. 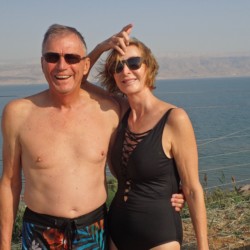 We were a little crusty after we got out, but all that magnesium, potassium and calcium is supposed to be good for you! 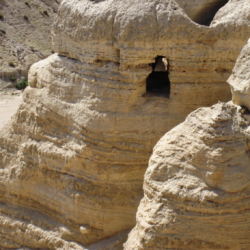 In 1947, a Bedouin boy was throwing rocks here in the Judean desert when he heard something like pottery cracking. He had found the Dead Sea Scrolls. 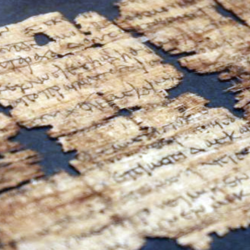 These ancient manuscripts, the greatest archaeological find of the 20th-century, were written in 150 B.C.E.. They hold huge religious significance, containing fragments from almost every book of the Old Testament. 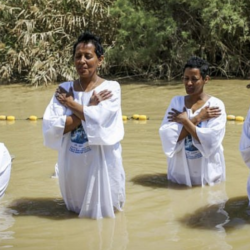 This spot on the River Jordan is reportedly where Jesus was baptized by John the Baptist. The water is contaminated by raw sewage and chemicals. Pilgrims who dunk truly do have faith. 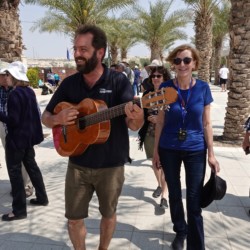 Our Hebrew guide, Yuval Ben Ami, serenades us with gospel songs as we walk along the river. 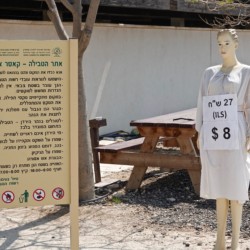 Only $8 to rent a baptismal robe. They’re pretty see through once they get wet, making for a holy wet t-shirt contest. 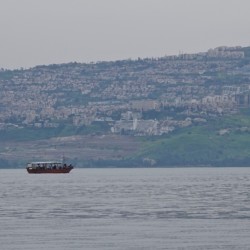 Our cruise on an old boat in the Sea of Galilee. 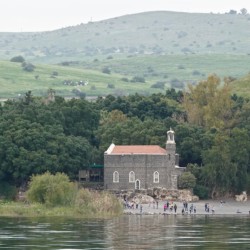 The Church of the Primacy of Saint Peter, where Jesus laid out bread and fish for the apostles, and suggested they be fishers of men. 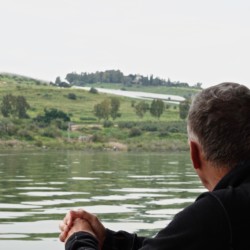 Mike viewing the Mount of Beatitudes, where the Sermon on the Mount took place. 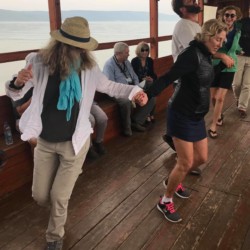 Dancing the Havah Nagilah on our boat. The translation from the Hebrew is “Let us rejoice!” 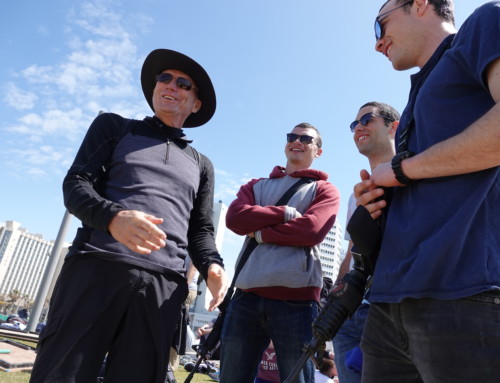 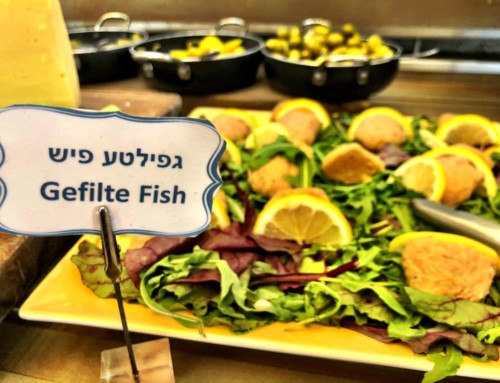 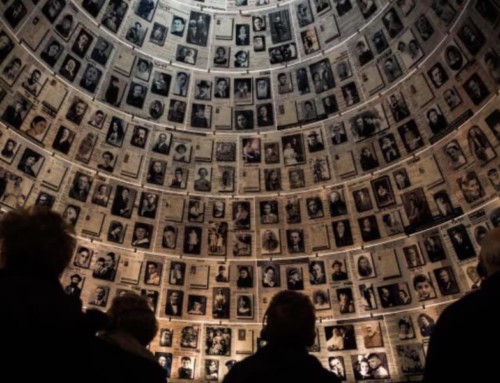 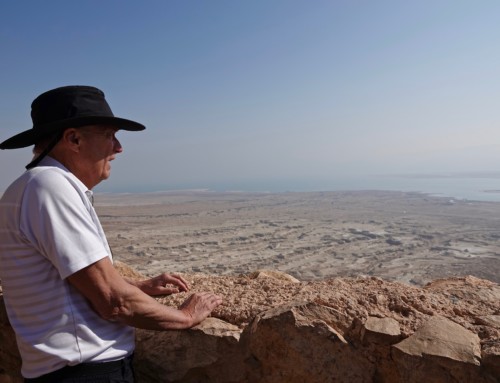 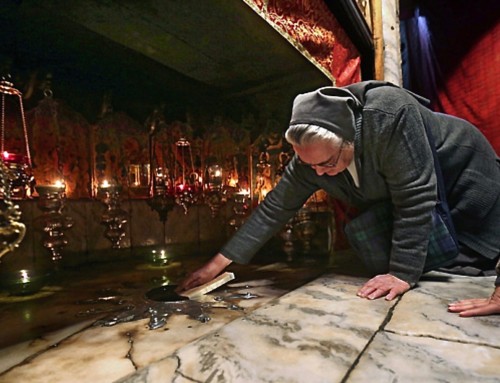