Palestine and the Occupied West Bank

Home/Palestine/Palestine and the Occupied West Bank
Previous Next
Palestine and the Occupied West Bank
Palestine isn’t officially a country, although many people think it should be.  There are over 5 million Palestinians.  The Oslo Accords, signed in the mid-90’s divided the Israeli occupied West Bank into Areas A, B and C.  Area A is under Palestinian Authority, Area B is under both Palestinian and Israeli Authority and Area C, which contains the Israeli settlements is under Israeli Authority.  The intent was to delineate Palestinian population centers for self-governance.   The result has been a maze of regulations, barrier fences and walls and hostility.  Only empathy can break the cycle of violence in Israel and Palestine.  As one Palestinian put it, “It’s hard to empathize with someone when you are looking up the barrel of their gun.” 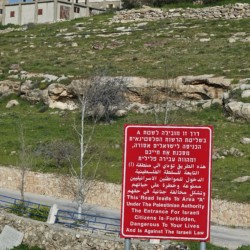 Upon entering Area A, our Israeli guide hid in the back of the bus to avoid detection. 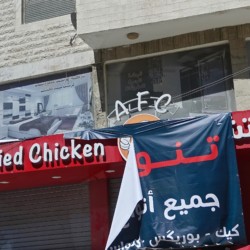 Palestinians have multiple black water towers peppered over every roof. Israel does not permit them to connect to Israeli water, so they rely on old leaky Jordanian pipes with poor pressure and inadequate supply. 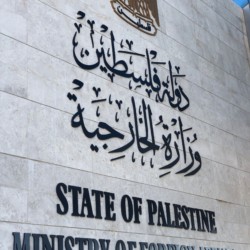 We were guests of the State of Palestine Ministry of Foreign Affairs for an introduction and Q&A with Amal Jadou. She feels that the Israeli actions against Palestinians clearly correlate to apartheid. 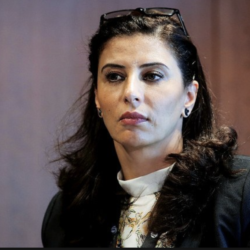 Ambassador Amal Jadou is assistant minister on European Affairs and head of the European Department at the Palestinian Ministry of Foreign Affairs, where she has worked closely with the diplomatic corps serving in Palestine and with Palestinian diplomats around the globe. 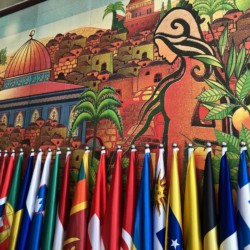 137 out of 193 countries recognize Palestine as a country. The US, Mexico, Canada, Australia, Japan, South Korea and most of Western Europe do not. The stated objection is that recognition would impede a two state solution. 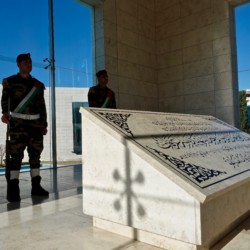 The grave of Yasser Arafat is guarded 24/7 by the Palestinian military. He mellowed in his later years, and was instrumental in the Oslo Accord negotiations. He kept lines of communication open with extremists, dangling the prospect of a share of power in exchange for good behavior. 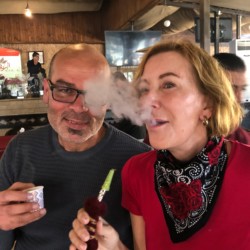 A little Arabian coffee and hookah with our brilliant Palestinian guide, Husam Jubran. 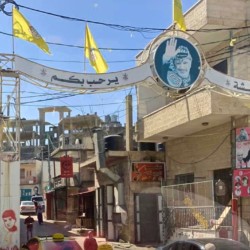 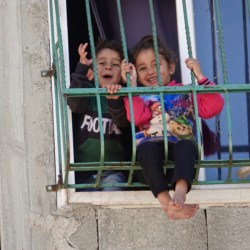 Delightful Palestinian kiddos giggled and waved from several stories up. 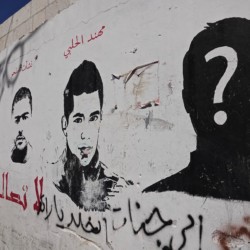 This camp mural shows those viewed as martyrs by many Palestinians, and terrorists by most of the rest of the world. They were killed while in the process of committing acts of violence. The question mark asks “who is next”?

Statistics on young Palestinian boys are grim. Unemployment, police harassment and violence in custody are the norm. 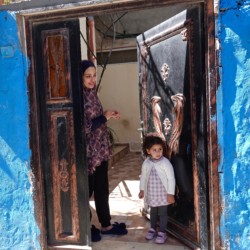 A young Palestinian, unaware of the controversy that awaits in her life.

Camp mural depicting brutality at the hands of Israeli police. 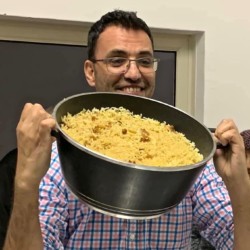 We met Aziz Abu Sarah, a member of Parents Circle Families Forum, an Israeli/Palestinian network of 600 families, all of whom have lost a close family member as a result of prolonged conflict. After a sober discussion, we celebrated with a Palestinian feast. Here, Aziz flips the Maqluba, the Arabic answer to a pineapple upside down cake, except with rice and chicken. 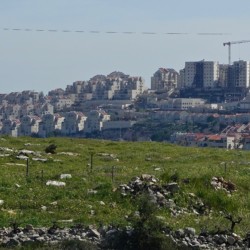 An occupied territory in the west bank. We envisioned makeshift shacks and tents. These are new high rises with plenty of plumbing and electricity. 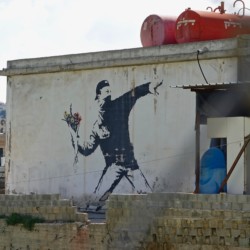 Just outside the camp, famous artist Banksy painted a mural “Rage, Flower Thrower”. A hope to wage peace, not war.