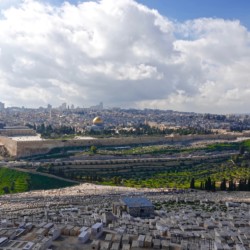 The Temple Mount is a holy site to Jews, Muslims and Christians. The flat plaza is surrounded by retaining walls (including the Western Wall) built during the reign of Herod the Great. 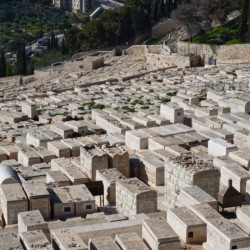 Mount of Olives Cemetery contains over 300,000 Jews from the last 3,000 years. Placing a rock on a grave is a mitzvah (good deed) to help anchor the soul of the deceased to earth. 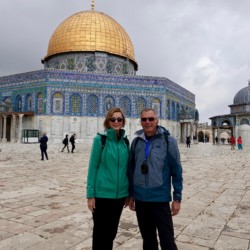 Dome of the Rock is a Muslim shrine, with verses of the Quran beautifully etched into the tile. Note the awkward pose. We were warned that touching each other would be highly inappropriate. 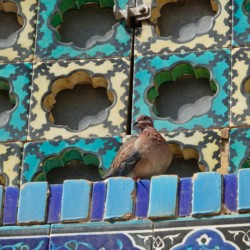 Exquisite tile detail at the Dome of the Rock. 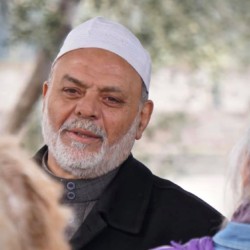 Just outside the al-Aqsa mosque, we heard from Imam Abu Sneineh, who explained the current tensions between Palestinian Muslims and the Israeli Police. He strongly encouraged the US to stay out of Middle East politics and religion. 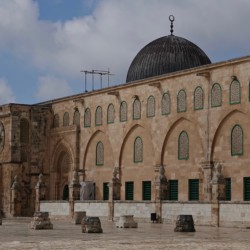 The al-Aqsa mosque faces toward Mecca, and can hold up to 5,000 worshipers. It is the third holiest site in the world to Muslims. 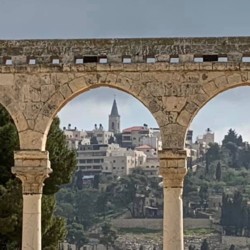 The Mount of Olives and the Russian Orthodox Church of Mary Magdalene through the arches of the Temple Mount. 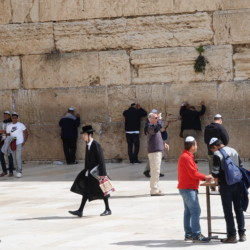 The Western, or Wailing Wall, is the closest Jews can get to the Holy of Holies, the spot where the Ark of the Covenant held the Ten Commandments. It is available for prayer 24 hours, every day of the year. 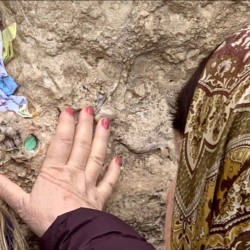 A woman prays after tucking a note into a well worn crevice of the Wailing Wall. 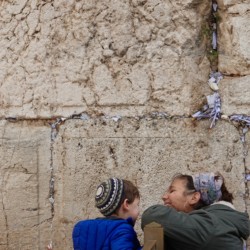 Gender segregation is alive and well at the Wailing Wall, where men and women must worship separately. Here, a mother and her son, each on their side of the fence. 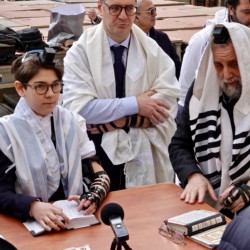 This young man is having his Bar Mitzvah at the Wailing Wall. So much history and tradition, as well as a Go Pro cameras. 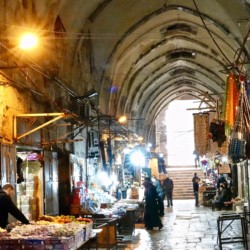 The old cotton merchant Souk is now a place to haggle for trinkets. The high ceilings and arches date back to the Ottoman Empire in the 15th century. 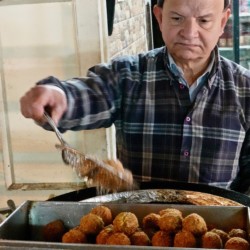 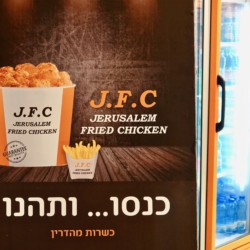 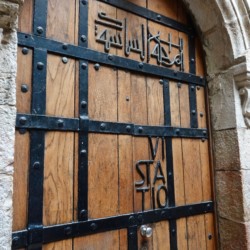 The sixth station of the cross along Via Dolorosa, believed to be the path that Jesus took on his way to crucifixion. 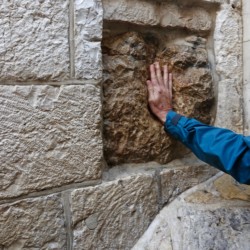 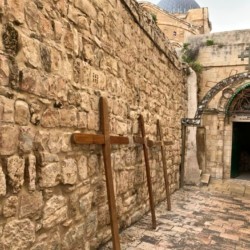 Crosses for pilgrims to carry line the entrance to the Coptic St. Anthony Monastery. The Church of the Holy Sepulchre is home to six Christian sects. 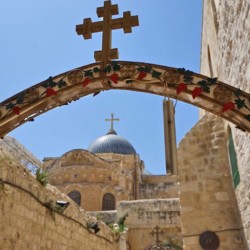 The Church of the Holy Sepulcher is built upon the summit of Golgotha, where Jesus was crucified. 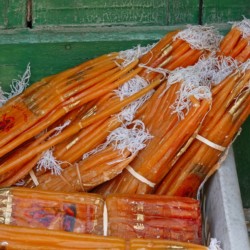 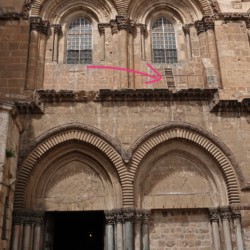 The Immovable Ladder has been here since 1852. No one knows who (or which sect) placed it there. All sects refuse to touch it as a symbol of a tenuous status quo, lest they incur the wrath of others. 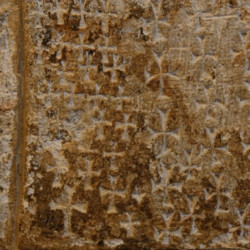 The liberation of holy places, especially the Holy Sepulchre, was a important to the Crusaders in 1096. They etched their victory in the stone walls. 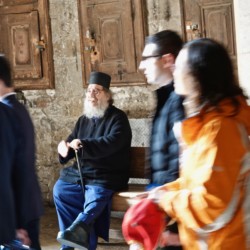 We heard SO many different languages here. A fascinating people watching experience. 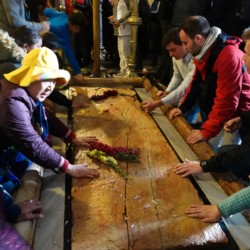 The Stone of Anointing, where Jesus lay in a shroud after his death, is popular with pilgrims, despite the fact that that the stone slab dates back only to the 19th century.