Amman is the capital of Jordan, a bustling city of 4 million. Many parts are quite modern with upscale shopping.  We stuck to the ancient attractions! 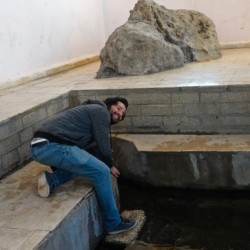 Moses’ Spring is where Moses struck the rock with his staff, causing water to gush forth for thirsty Israelites in the old Testament days. Also impressive is the fact that the water in the well is so pure that it is drinkable. Keiner, our Nat Geo tour guide, filled his water bottle. 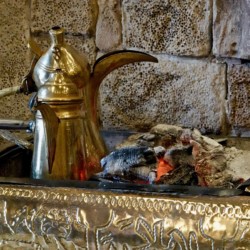 Arabian coffee is delicious – laced with cardamom and served in tiny demitasse cups. 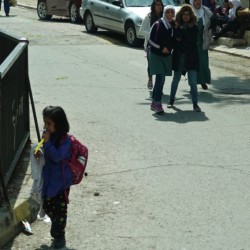 Jordanian school girls look forward to only a 15% rate of employment. The Constitution does not explicitly outlaw job discrimination based on gender. It says the government “shall ensure a state of tranquility and equal opportunities to all Jordanians.” 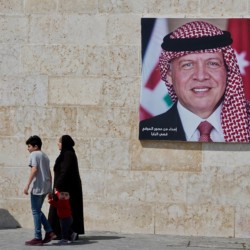 King Abdullah smiles here, but he’s actually in the midst of of a grassroots protest that has gradually intensified since 2018, when the government approved a budget that slashed subsidies, raised taxes and sent fuel prices soaring. 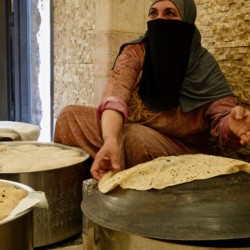 Jordanian shrak is a wheat flat bread that is ubiquitous here. Served with mezzes (appetizers) like Baba ghanoush (eggplant) and grilled haloumi cheese. 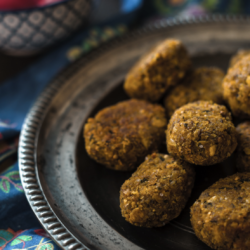 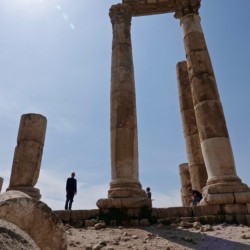 The Temple of Hercules has 33ft. high columns, larger than anything built in Rome. It wasn’t finished, and only the massive entrance remains. 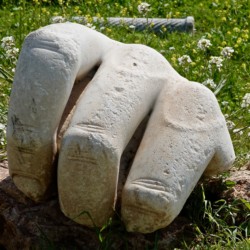 The most intimidating trio of fingers in history… the Hand of Hercules, all that is left of a marble statue, built around 160AD. Historians think an earthquake may have toppled the Roman god. The remaining pieces were likely repurposed around the city. 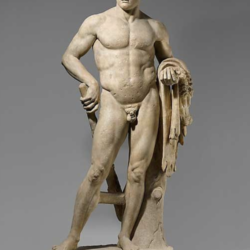 The FULL Hercules may have looked like this one in the Met Museum in New York, except 40ft. high, which would make Hercules one of the largest marble statues ever sculpted. Oh my. 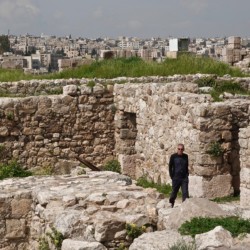 Mike strolling among the living quarters, which he declared larger than his own when he was a kid! 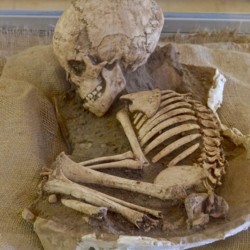 The burial of children in “jars” was common custom in ancient middle eastern countries. Typically, they were buried under the floor in the living area to keep them close to the family circle. 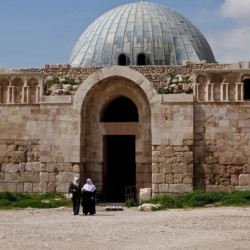 Umayyad Palace Complex was the governor’s residence in 724AD. The stone archways are impressive for their day. 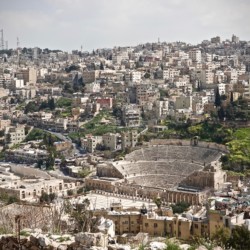 In the middle of Amman sits a Roman amphitheater, built in the second century. Still used for the occasional concert, it seats up to 6,000 people. 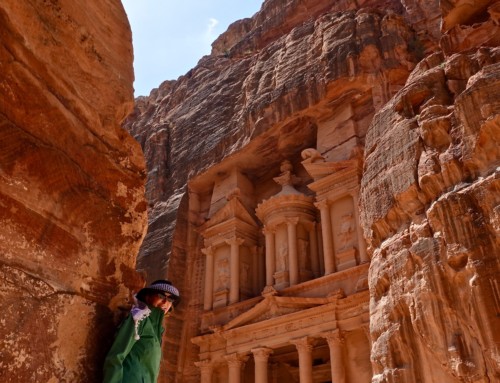 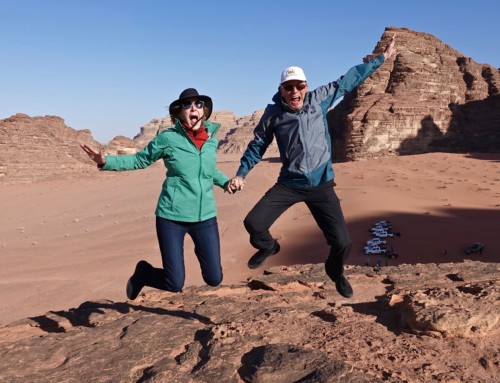