We were supposed to be on this cruise with our friends from Norway, but they couldn’t make it due to an injury :( so we made the best of it.  We missed you Olav and Karen, and hope you’re well soon!   One of the most fun things we did was the “Silent Disco”, where the DJ plays several different channels of music, and you listen on your own headphones.  Once I realized that everyone was watching us from the balcony, I slid off my earphones to hear Mike singing at full volume – “Oh, I want to dance with somebody!” 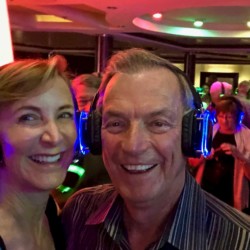 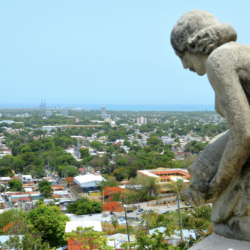 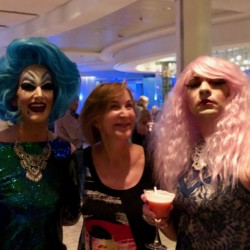 Turns out we were on the Bears and Queens cruise, with hundreds of guys in drag. 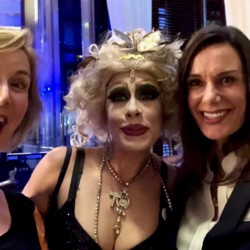 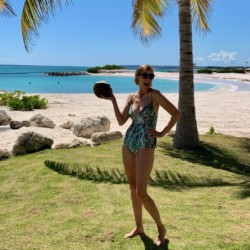 Hanging out in Jamaica with a little coconut water. 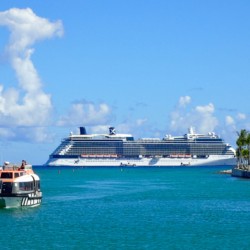 A surprising use of transportation – our tenders to get to shore were the lifeboats. That’s a first.