Chichén Itzá is a famous Mayan ruin about 3 hours west of Cancun. One of the seven wonders of the modern world.  A huge stepped pyramid, known as El Castillo, dominates the old city, which prospered from about 600 AD to the 13th century. 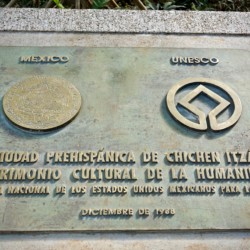 This is a UNESCO World Heritage Site, protected by international treaty for its historic significance. 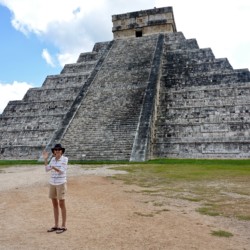 If you clap at the bottom of the stairs, the sound that echoes back is the call of the quetzal, a bird symbolizing freedom and wealth to the Mayans. 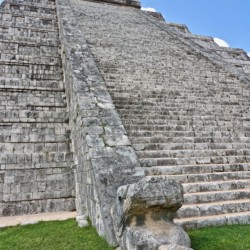 On the Vernal and Autumnal Equinox, the sun creeps down the length of the snake, which seems (to the thousands of spectators) to move. 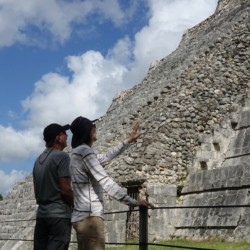 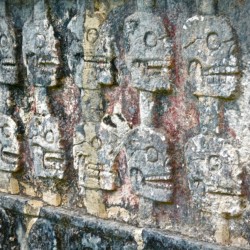 The cemetery surrounded by faces, each unique. 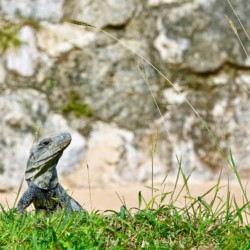 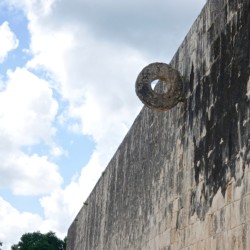 A huge court held games that required players to pass a 9lb. rubber ball through a high stone hoop using only their elbows, knees and head. 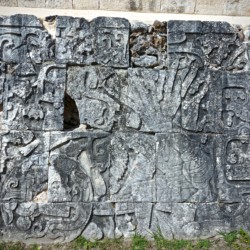 The “winner” of the game had the honor of being beheaded on the court, as depicted here with blood spouting from the neck. 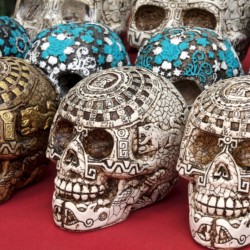 Seems appropriate to end with a shot of the many Dia de Los Muertos skulls that were for sale.