Wynwood Walls has brought the world’s greatest artists working in the graffiti and street art genre to Miami.  What used to be an abandoned bunch of warehouses in the 2008 recession was brought alive by art.  When tourists flocked there, the food and music appeared as well.  Now the neighborhood has become a desirable living space, with gentrification pricing out the gritty arts community that started it. 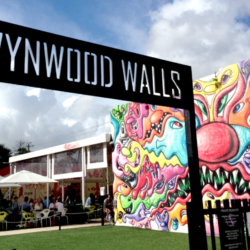 The entirety of Wynwood Walls is less than two acres, but the perimeter keeps expanding with non-so-random street art. 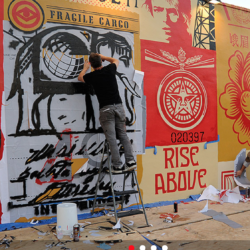 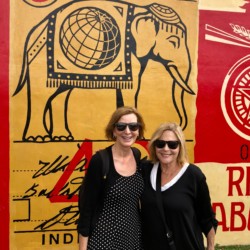 Bonnie and I by the finished product. We met in India, so we chose to be by the elephant. 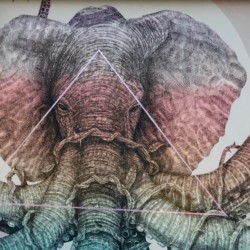 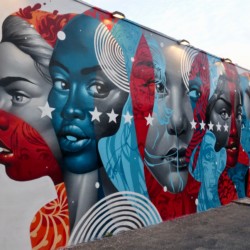 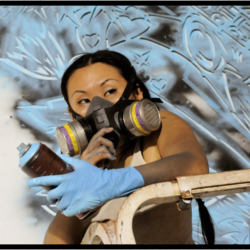 The walls are painted over again each year for Art Basel, the premier art show that happens in Basel, Switzerland, Hong Kong and Miami. 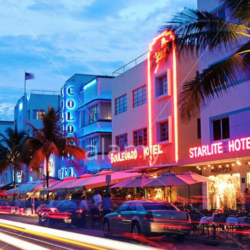 Ocean Drive in Miami is retro art deco, where the East coast Mafia reportedly financed hotels during the Prohibition with Speakeasy proceeds. 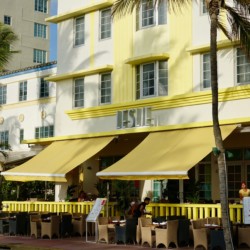 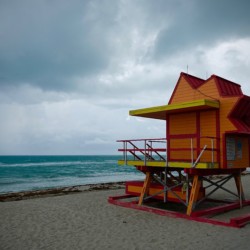 Miami Beach has installed these artsy new life guard stations. Now if the weather would only cooperate. 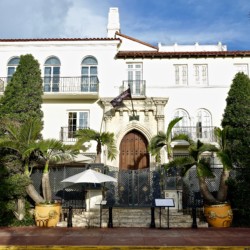 The villa of famous fashion designer, Gianni Versace, who was murdered by gunfire on these very front steps. Now a restaurant, and a selfie spot for teenagers who don’t know the gruesome history. 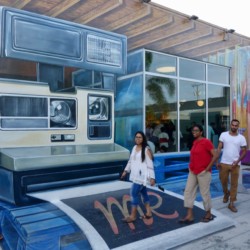 Trompe l’oeil, an optical illusion to fool the eye into three dimensions. 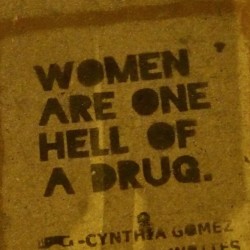 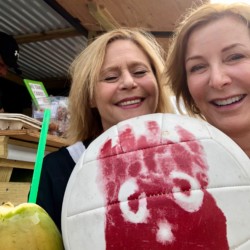