Seattle Theater Group invited us to Broadway – they not only arranged the hotel and show tickets, but get togethers with actors, directors and producers so we could ask questions.  Example:  Any memorable mistakes during a performance?  There was a moment in Hello Dolly when a piece of scenery fell while being moved.  A light bulb archway collided, and broken glass scattered across the stage.  Bette Midler attempted to exit the stage for her own safety, but tripped over her long gown and fell on all fours into the glass shards.  She looked out at the audience and said, “Should I tell a joke now?” 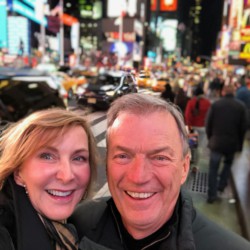 Times Square in the city that never sleeps. It looks like this 24×7! 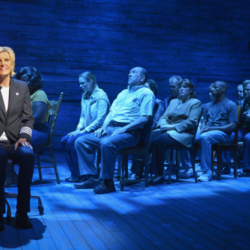 Come From Away was my favorite, about airline passengers stranded in Newfoundland during 9/11. 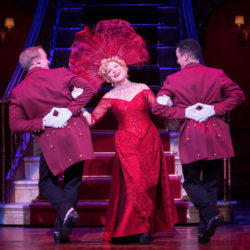 Hello Dolly with none other than Bette Midler, who sang and danced her socks off at age 72. 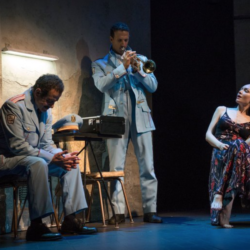 The Band’s Visit – a sultry musical about an Egyptian ceremonial police band stranded in a town in the middle of the Israeli desert. 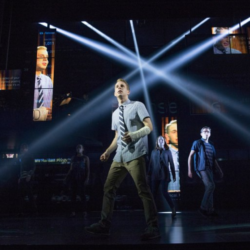 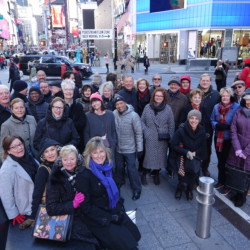 Our Seattle Theater Group, about 30 strong. 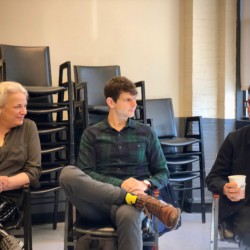 Our Q&A with Astrid Van Wieren (Come From Away), Will Burton (Hello Dolly) and Ben Levi Ross (Dear Evan Hansen). 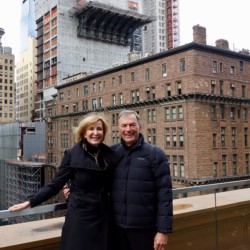 That ordinary brick building behind us is where Leonard Bernstein penned the score to West Side Story. 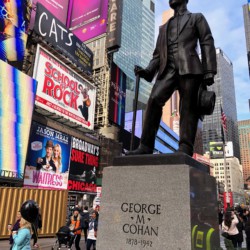 Give my regards to Broadway!