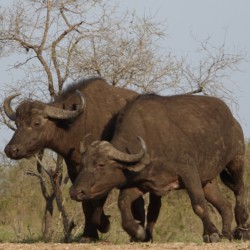 Cape Buffalo, also known as Black Death, have killed more big game hunters than any other African mammal. Their sole predator is the lion. 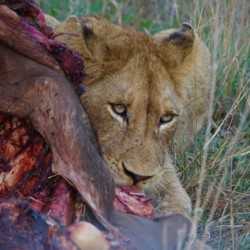 Even when the pride has killed a buffalo, this lioness still keeps a watchful eye while she tears into her meal. 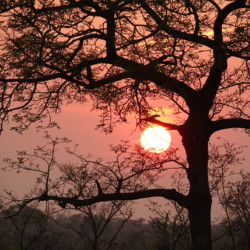 Sunset on the Manyaleti Game Reserve. 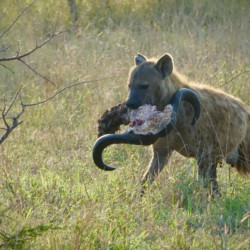 Next morning, we drove back to the site of the buffalo kill. A pack of hyenas fought over the horns and the brain – all that was left of the buffalo. Yum. 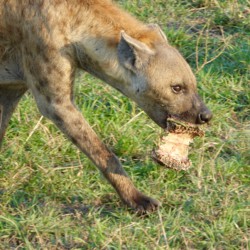 This hyena scored the teeth of the cape buffalo. 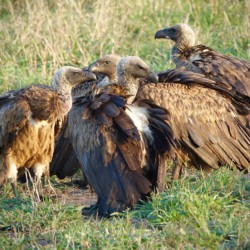 A group of vultures at a carcass is called a wake. 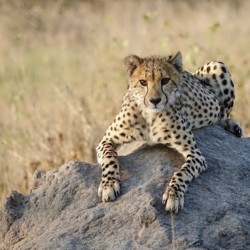 A cheetah tenses for her next move. Cheetahs have a black “tear track” that distinguishes them from leopards. 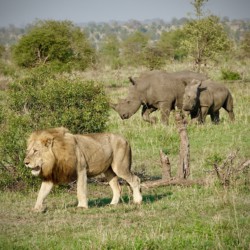 In a rare shot, here are rhinos following a male lion. 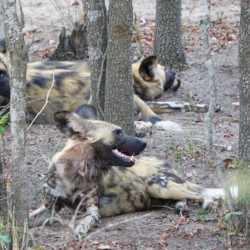 Endangered wild dogs hang together in packs. Their “smile” is deceptive – they have the strongest bite force quotient of any dog in the world. 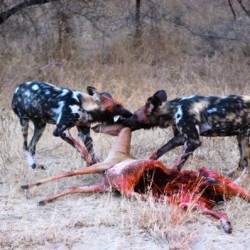 Wild dogs are avid carnivores, hunting and eating twice a day. Their fur is often stained blood red. The impala did not have a good day. 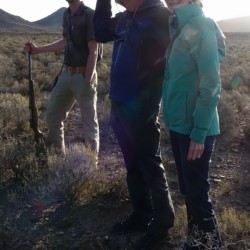 A walking safari, in search of a cheetah, with Victor, our armed guide. 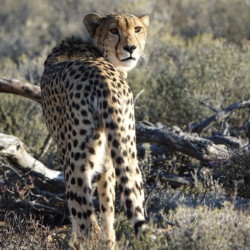