Apartheid was a system of racial segregation and discrimination in South Africa from 1948 to 1991.  The disturbing goal was to institutionalize a separation between white European settlers and ethnically diverse natives and slave populations.  There was brutal, state sponsored violence to maintain “order”,  along with absurd pettiness meant to demean those without white class distinction.

People were separated into Black, White, Indian, and Colored by legal definition in South African law. The Colored group included people regarded as being of mixed descent, Asian and Malaysian.   Racial tests were primarily based on appearance — skin color, facial features, appearance of hair.  Most infamously, the “pencil test” decreed that if an individual could hold a pencil in their hair when they shook their head, they could not be classified as White.  Once designated, your racial group determined whether or not you could vote, where you could live, what job you could have, who you could marry, where your children were schooled, what court of justice ruled on disputes and even where you could use beaches, public transportation and toilets.

Nelson Mandela spent his young life fighting for the freedom of South Africa’s black and colored population from oppression imposed by the white minority government. He was imprisoned for 27 years.  Soon after release, he became the first president of South Africa in elections in which all the people could vote. 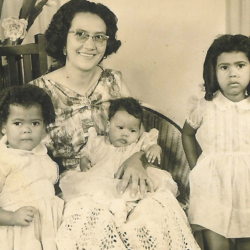 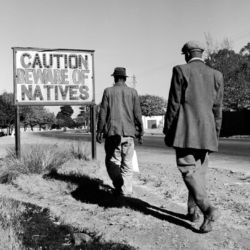 A common example of a petty Apartheid sign at the entrance to a black designated neighborhood. 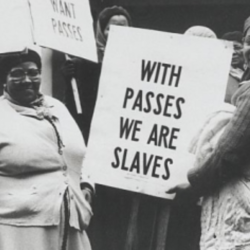 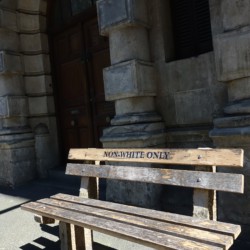 A bench outside the courthouse for non-whites only. There were separate courts and judges for each racial group. 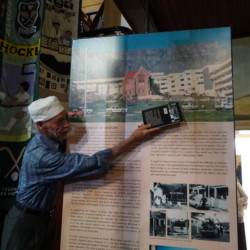 District Six, named for the Sixth Municipal District, memorializes an area of Cape Town that was forcibly segregated in 1965. Non-white residents were moved from the area and their homes were destroyed. 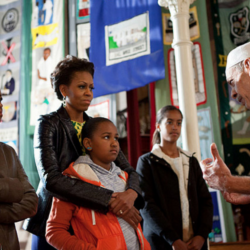 Michelle Obama brought her family to the District 6 museum. We had the same tour guide, a former resident of District 6. As Mark Twain said, “Travel is fatal to prejudice, bigotry and narrow-mindedness”. 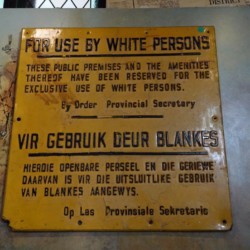 Whites only sign, both in English and in Africaans. 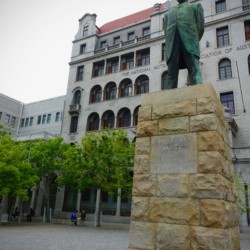 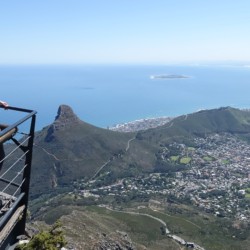 Robben Island, six miles off the shore, was a maximum security prison for Apartheid political and criminal prisoners. 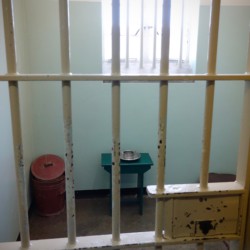 Nelson Mandela’s jail cell on Robben Island, where he lived for 17 of his 27 years of imprisonment. 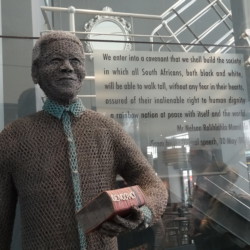 Nelson Mandela, who died in 2013, is absolutely revered in South Africa. Like Gandhi, he was a great ethical leader. 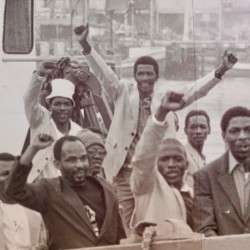 Robben Island closed in 1991. A boatload of political prisoners celebrate their freedom. 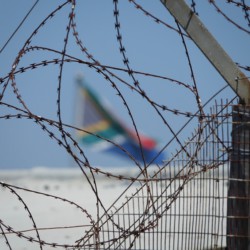 The South African flag, shown here through barbed wire at Robben Island, was changed in 1994, representing an end to Apartheid. 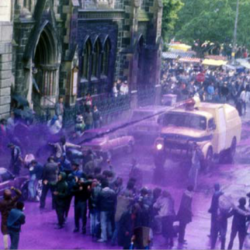 In 1989, the police sprayed purple paint on Apartheid protesters to identify them. The incident became known as the “Purple Rain Protest”. and it marked a turning point in history: It was the last time the Apartheid government used force to suppress political dissent. 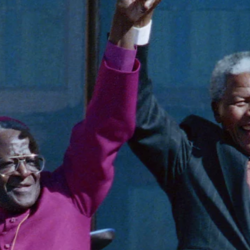 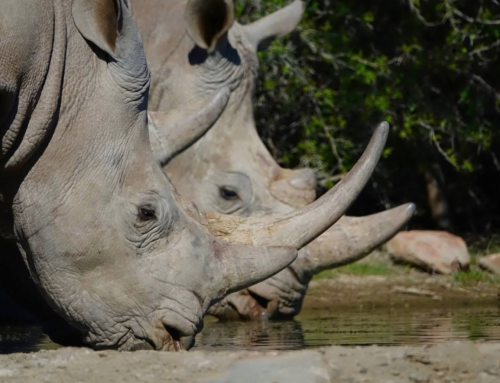 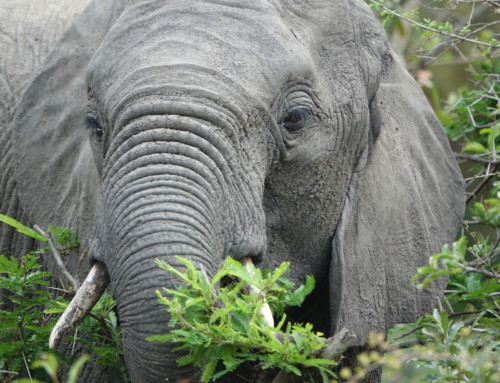 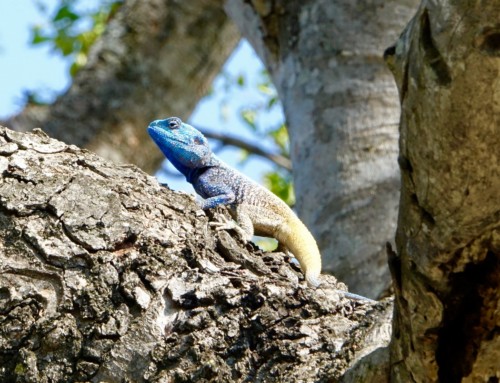