For over 400 years, there was a massive population shift from Africa to the Americas. The lowest estimated loss for the African population through the transatlantic slave trade is 20 million people. 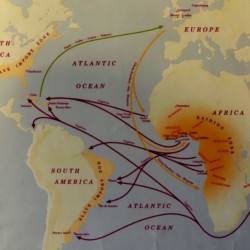 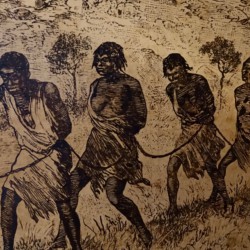 Slave conditions were so inhumane that about a third of the slaves died before they even made it to the ships. 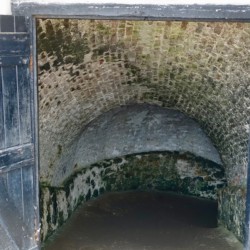 The slaves were forced into overcrowded underground dungeons. With the lack of toilets, the stench and disease were widespread. 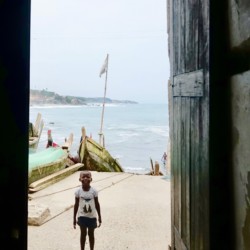 Pushed through the “door of no return”, slaves were loaded like cargo onto big slaving ships, never to set foot in their homeland again. 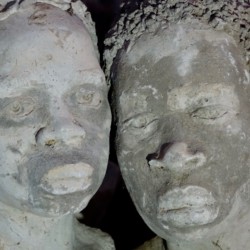 Inside the dungeon, hundreds of clay head sculptures, each with a different face, show the despair and fear. 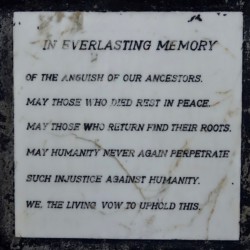 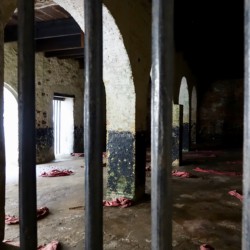 Each red dress represents a female slave. They were chained together, in groups of five, by the neck. 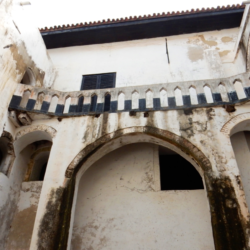 The Governor, viewing the slaves from above, selected one to be his ‘mistress’ for the day. In return for the rape, the terrified woman received a proper meal and her first wash in months. 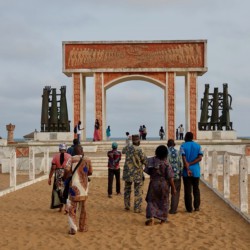 The Door of No Return monument in Benin, represents the path through which shuffled the majority of African slaves. 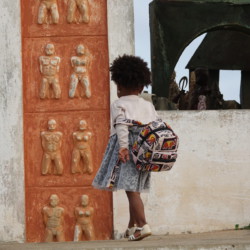 These men and women in chains could have been her ancestors. Think what the population of Africa would be now without losing 20 million people. 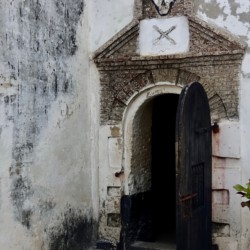 Punishment cell for those who dared to try escaping. Slaves were locked in without food or water, ignored until the cell was deathly quiet and the decaying bodies were removed.