Giant tortoises are among the longest-lived animals on the planet.  The oldest one now is 175 years old.  Locals keep smaller ones as pets, as well as a garbage disposal for anything compostable. 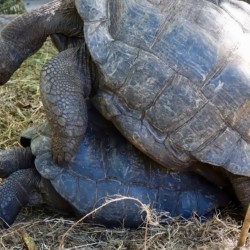 Giant tortoises mating. That male on top weighs about 600 pounds. 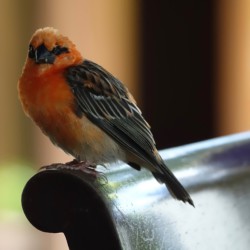 A Madagascar Fody took a rest on a spare chair at our dinner table. 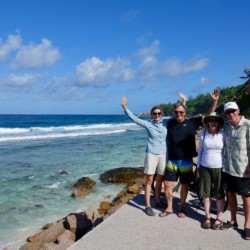 The bike ride ends here, because we ran out of road. 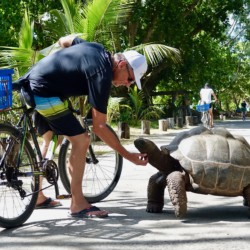 Nothing like a scratch under the chin, if you want to make a new friend. 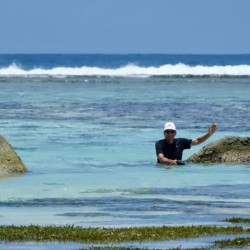 Mike relaxing in the surf. 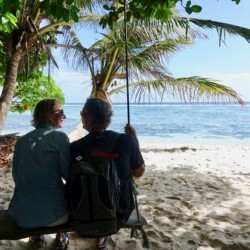 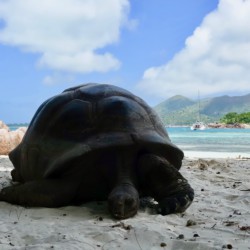 That giant tortoise dwarfs our boat, but he’s only about 4ft. head to tail. 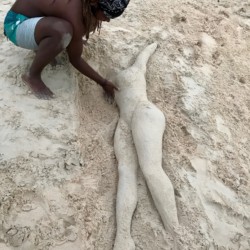 A sand sculptor puts the finishing touches on his creation. 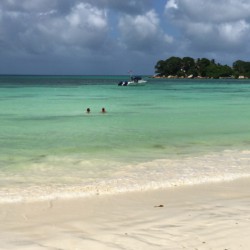 Time for a dip. The sand is as fine as powdered sugar. 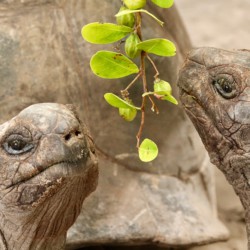 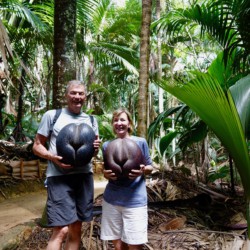 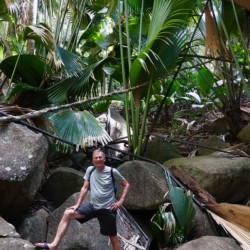 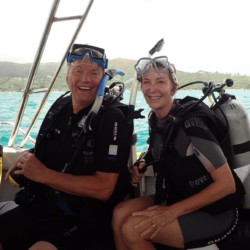 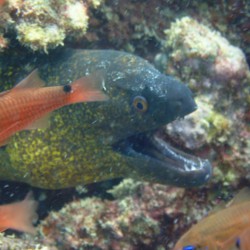 When you’re diving at night, and your feet feel the bite, that’s a moray… 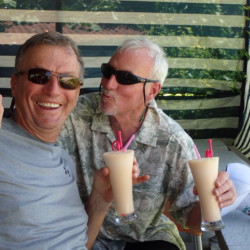 Mike didn’t know just how much Larry was enjoying their Sex on the Beach. 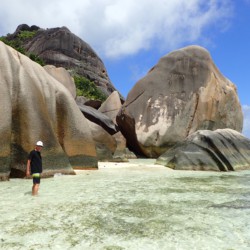 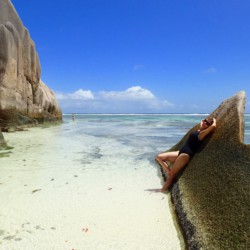 Source d’Argent is also the most photographed beach in the world, so we had to oblige. 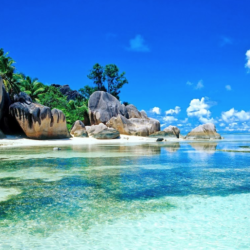