Benin is in West Africa, roughly the size of Portugal.  One of the poorest countries in the world, it’s not known as a tourist destination.  The worst of the horrific Ebola epidemic, in which over 11,000 people died, was a four hour flight from here, in Sierra Leone and Liberia. 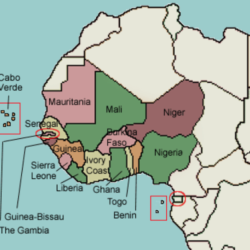 Our trip will take us to Benin, Togo and Ghana, in the steamy equatorial armpit of Africa. 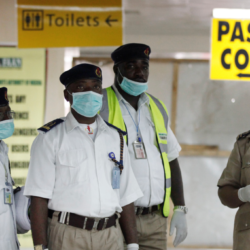 A dramatic greeting at the airport, where Ebola screening was first on the agenda. West Africa was devastated from 2013 to 2016 with the killer disease. 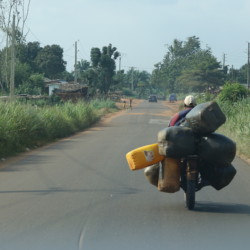 Fuel is expensive here for locals, who black market gasoline in plastic jugs from Nigeria. These motorcycles are called bike bombs. 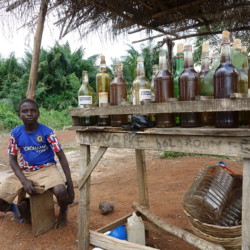 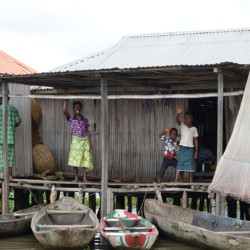 The isolated stilt village of Ganvie, where the Tofinou tribe fled the slave trading Fon tribe in the 17th century. The Fon’s one Achilles heel was their fear of getting wet. 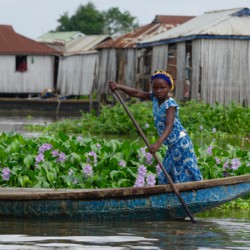 The only locomotion is by canoe. I love how fierce this girl looks. 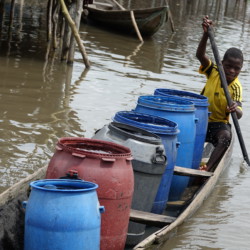 Fresh water is a luxury, brought in by canoe. Like a third world Venice. 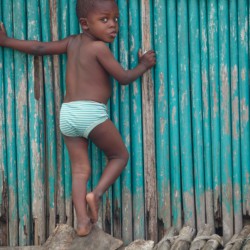 Rickety huts are built on teak stilts. Kids climb around like it’s a jungle gym. 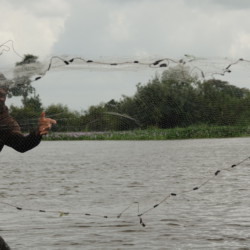 A local fisherman net casting. Fishing is about the only job here. 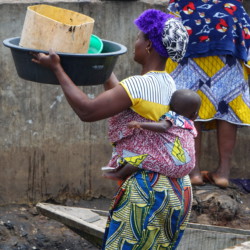 Look at her arms! Strong women wear their baby effortlessly. 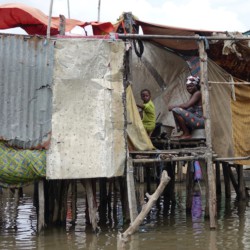 No TV, no video games, no smartphones. Just each other. 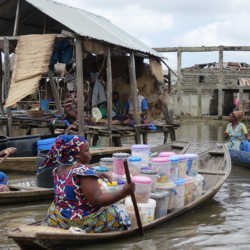 Dry goods in a wet world, for sale or barter. 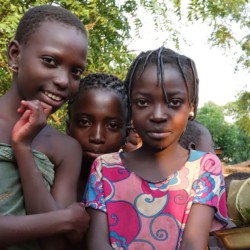 Lovely girls. With no access to mirrors, they wanted to see themselves in the camera. 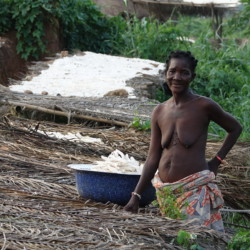 This woman asked me (in her dialect along with sign language) to take her photo.

A little shy one, hiding near his mama.