Prague is a fairy tale city that transports you into the bygone era with its beautiful castles, intricately carved cathedrals, old bridges, museums and quaint cobbled streets.  There is a heady mix of old world charm and cheeky new world vibrancy. 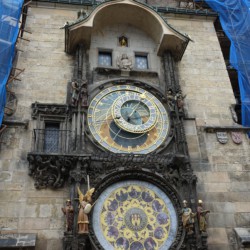 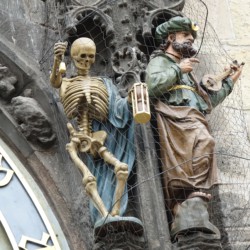 On the hour, the skeleton of Death rings his bell, while the man representing Earthly Pleasures shakes his head no, as in he’s not ready to go yet. 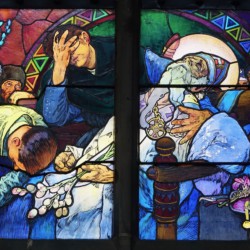 Good King Wenceslas (assassinated by his brother in a horrifying demise) is both depicted in stained glass and actually buried in Prague. 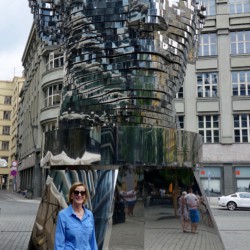 This 42 ton sculpture of Prague author Franz Kafka is right next to the office where he toiled as an insurance clerk. Heavy steel discs rotate to reflect Kafka’s tortured personality. 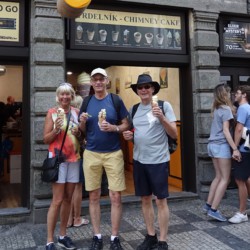 Trdelník or chimney cake is a sugary dough wrapped around a stick and roasted until golden. Best filled with ice cream. 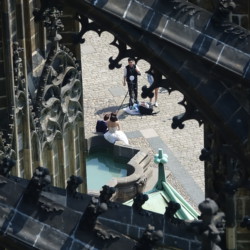 A bride and groom pose for photos at Prague Castle. 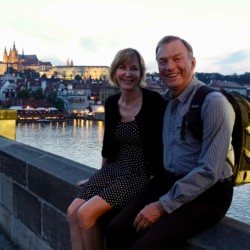 Charles Bridge at dusk, with the castle in the background. 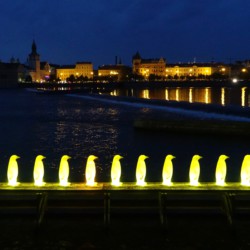 Penguins dotting the shoreline at the Prague Art Museum. 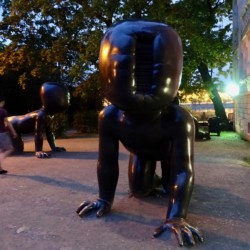 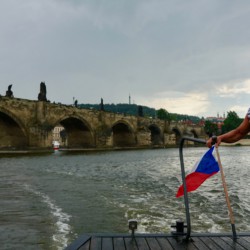 Our boat captain, steering us under the Charles Bridge. 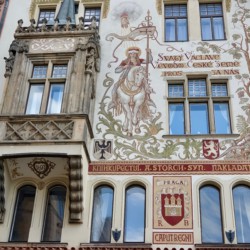 For all the suffering here in WWII, little of the building damage was physical. 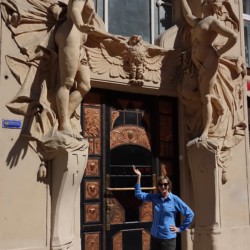 Spectacular doorway – we overheard a guide say it used to be the entrance to a brothel? 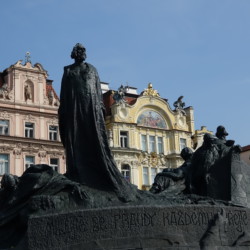 Cutting an elegant figure, Jan Huss was a philosopher who was a key predecessor to the Protestant movement. His radical idea in 1400 was that Catholic mass should be practiced in the common vernacular, instead of Latin. 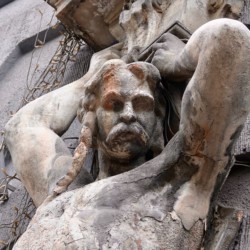 This hulk of a man is holding up a building. The muscles are admirable, even rippling under such dry skin. 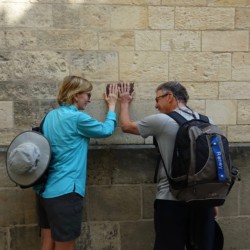 Making a wish on the Prague Castle wall. My wish is always exactly the same. 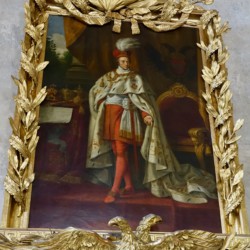 A Habsburg king with a SLIGHTLY over the top gold frame. So self-entranced were the Habsburgs, they were doomed by inbreeding. 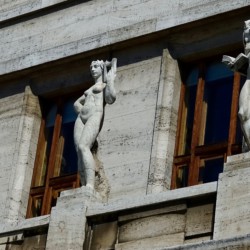 Curvatious readers at the Prague Library. 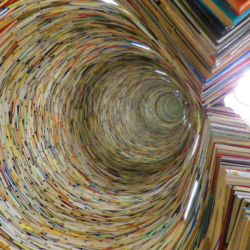 The library tower: Too many books, not enough time. 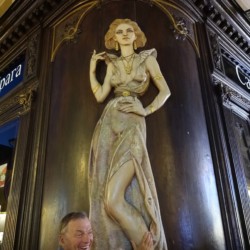 Mike found his way through town more that once by using this Uma Thurmanesque landmark. 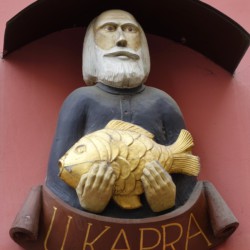 Over the door of a 15th century UNESCO listed building in Old Town Prague. 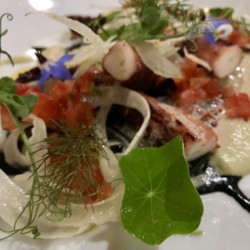 A tantalizing example of the incredible food in Prague, where world class cuisine takes center stage. 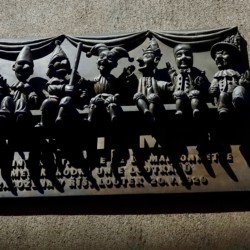 Plaque commemorating the start of the Marionette Union, from 1929. 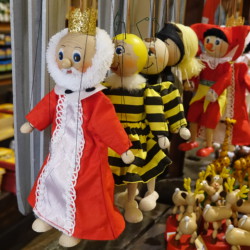 Marionettes are handcrafted with pride in the Czech Republic. 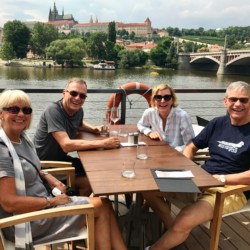 We’re so grateful that Olav and Mike met all those years ago in pilot training. We had a blast with Olav and Karen.