Reykjavik is the world’s northernmost capital, and where 54% of the population live.  Iceland is for “island”, nothing to do with ice.   The collapse of the Icelandic króna  in 2008 made it a cheap destination, then the huge volcanic eruption in 2010 put Iceland on the map, beaming images of breathtaking landscapes around the world.  Iceland’s no longer a bargain, but it’s still every bit as magical. 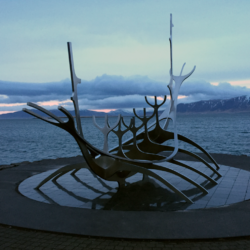 Sun Voyager, built to celebrate Reykjavik’s 200th anniversary, with a nod to the Vikings. 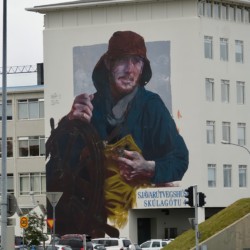 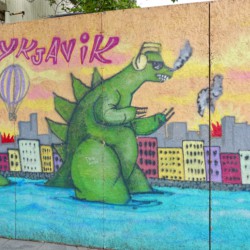 Godzilla attacking Reykjavik. Kind of like the 2008 financial crisis, when all three major banks in Reykjavik failed. 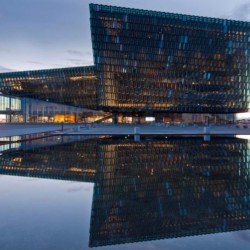 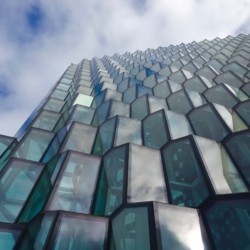 The exterior of Harpa looks like ice, or geodes. Multifaceted windows change colors with the sun. 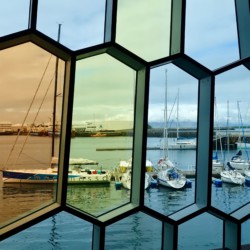 View of the harbor from inside Harpa. 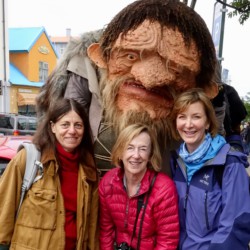 Michèle, Kathy and I trolling for new friends. 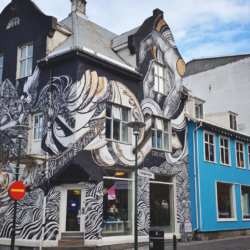 Once Reykjavik cracked down on graffiti, artists started asking for commissions to paint. 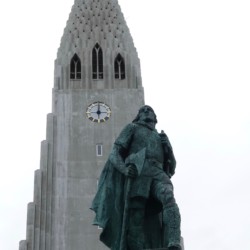 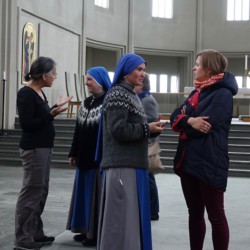 Icelandic nuns, warding off the cathedral chill with their cozy wool sweaters. 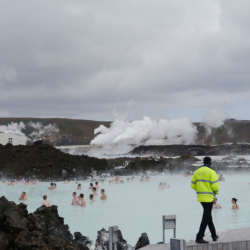 The Blue Lagoon, a natural geothermal pool, kept us toasty warm, even though it was cool weather with high winds. 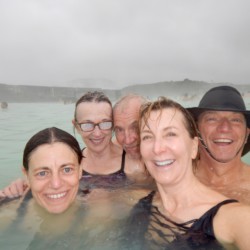 Michèle, Kathy, Larry, me and Mike soaking up the silica and sulfur minerals. 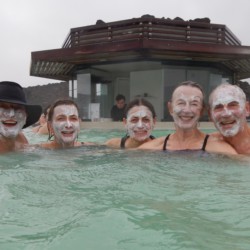 Nothing enhances one’s beauty routine like a little Icelandic mud! 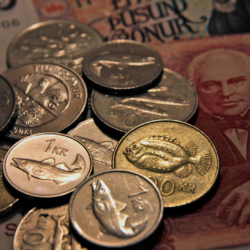 Iceland is a member of the EU, but still has its own currency. The Icelandic króna has one of the smallest circulations in the world. 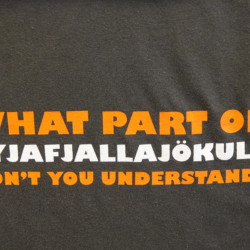 That’s one of Iceland’s 130 volcanoes. Their alphabet has 32 letters, excluding C, Q, W and Z and adding eight of their own. 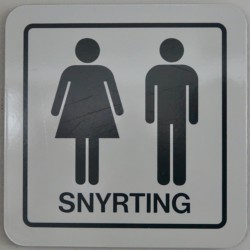 Despite the language difference, I think I know when snyrting is necessary. 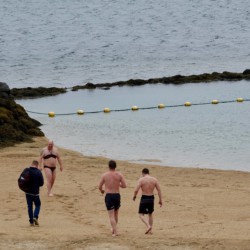 Icelanders love to swim in the cold Norwegian sea. The guy in the wool bikini here was the groom-to-be withstanding his bachelor party hazing. 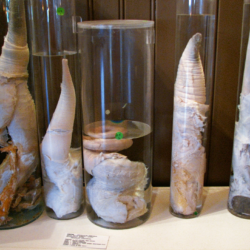 The Icelandic Phallological Museum is the only museum in the world with a collection of phallic specimens from every mammal in a single country. Seals and walrus, stand up. 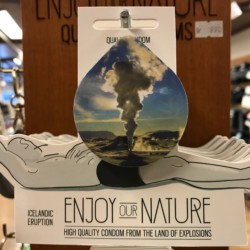 Love the Icelandic sense of humor.