Iceland – Land of Fire and Ice 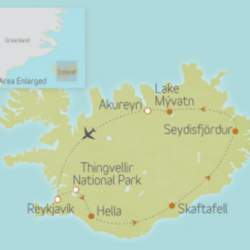 Our Country Walkers tour went around the edge of Iceland, hiking about 4 to 9 miles per day. 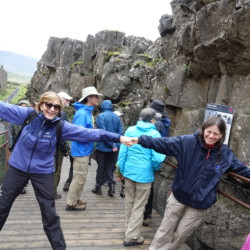 That would be me on the North American and Michèle on the Eurasian tectonic plates. Iceland is the only place in the world where the plates meet above ground. 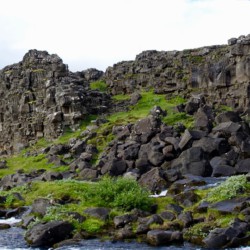 Öxaráfoss waterfall, actually human-made by a centuries old river diversion. The name, according to folklore, came from an Ax that killed a notorious and a very unstable female troll famous for killing and terrorizing visitors. 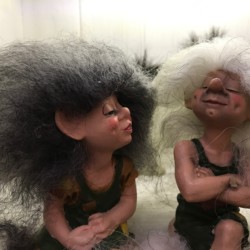 There ARE plenty of female trolls in Iceland. 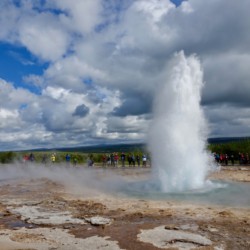 Geysir geothermal field has “Strokkur” which goes off about every five minutes. This place is the origin of our word “geyser”. 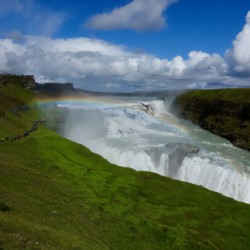 Gullfoss, or Gold Falls is the largest and most awe-inspiring falls in Iceland. It’s free flowing, unharnessed in any way. 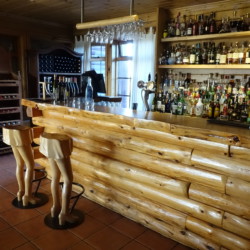 Our cheeky bar at Hotel Rangá in Hella. 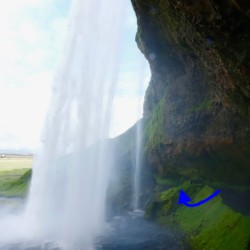 Mike and Michèle climbing behind Seljalandsfoss, and getting soaked in the process! 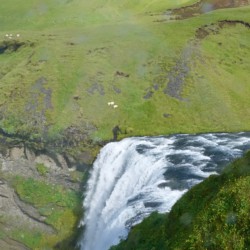 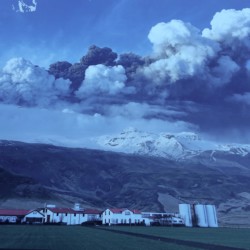 BEFORE: Farm at the foot of the glacier topped volcano during the 2010 eruption that lasted for six days. 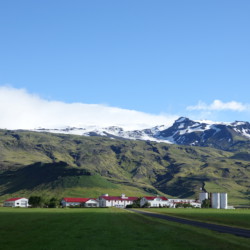 AFTER: Fortunately, the farm has recovered. Owned by the same family since 1906. Dairy, meat and grain operations are now back in full swing. 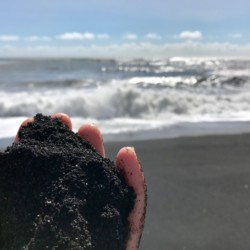 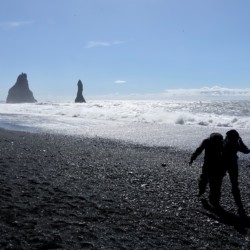 Mike and I “braving” the brutal southern coastal wind. These Icelanders are a hardy bunch. 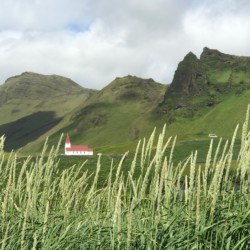 Icelanders self-identify as 80% Lutheran, 10% atheist, and a smattering of other religions. 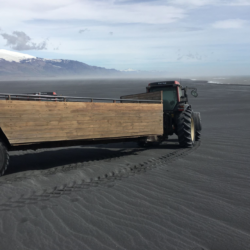 On the road to Ingólfshöfòi riding over sea washed volcanic sand. 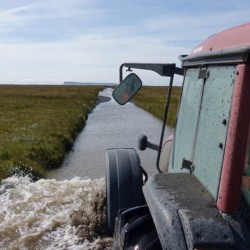 Our destination is that delta on the horizon, nesting grounds for dozens of bird species. 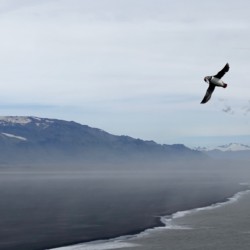 Our first puffin soared gloriously right in front of the cliffs. 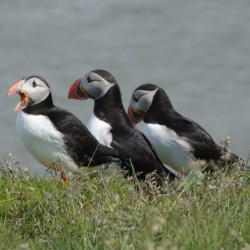 Puffins have serrations in their mouth, allowing them to hold slippery fish crosswise in their beaks. 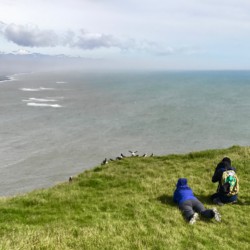 On my belly photographing the puffins. I could have stayed here for hours. 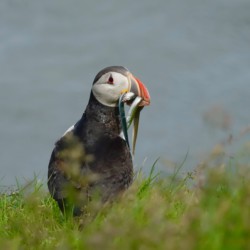 A mouthful of herring will satisfy the belly of her chick, or puffling. 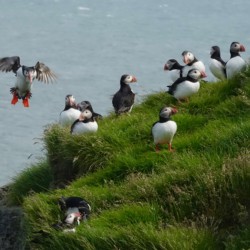 Puffins are very social, nesting in colonies where holes are dug directly into soft cliff mud. 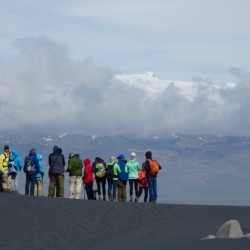 Looking off the edge of the sand cliff to Hvannadalshnjúkur, Iceland’s tallest mountain. 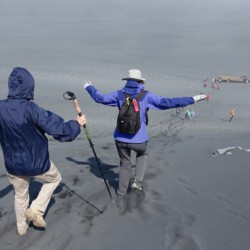 Running down the sand hill like a kid with Michèle. 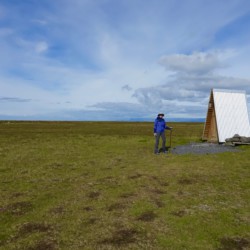