Johannes Gutenberg, inventor of the printing press in 1450, is considered to be the most influential person of the millennium.  The printing press was a hugely significant invention in the Middle Ages because it enabled the fast flow of information and lead to the spread of new ideas, catapulting Europe into the original information age – the Renaissance. 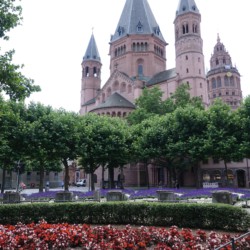 Gutenberg lived in this charming city of Mainz, along the Rhine river. 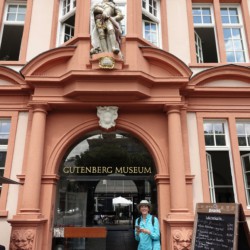 Checking my iPhone outside the Gutenberg museum. 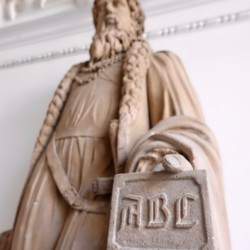 Gutenberg didn’t make money off his invention, after lawsuits and ownership disputes left him penniless. 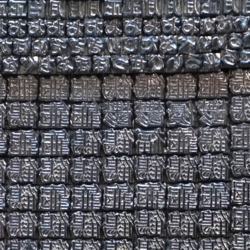 The Chinese had tried around 600 A.D. to create a printing press, but were unable to succeed with over 1,000 characters vs. Gutenberg’s efficient 26 letter alphabet. 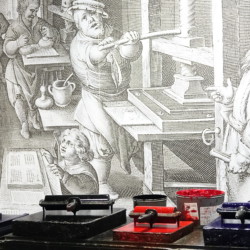 Gutenberg chose the Bible as his first project. He originally used multiple colors for printing, but found that too time consuming. Eventually, he left blank spaces for artists to fill in decorative titles and letters. 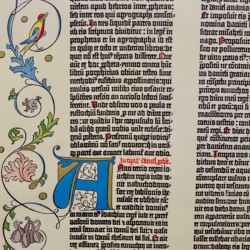 Only 49 copies of the original 180 Gutenberg Bibles exist. No two are alike, as each has distinct decorative artistry. They were so popular that the entire run was sold before production was finished. Even the Pope couldn’t score a copy. 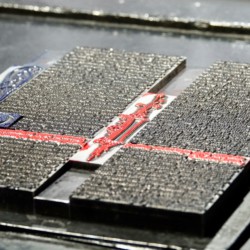 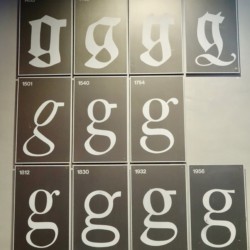 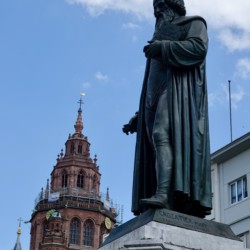 Gutenberg is Mainz’ favorite son, and occupies center stage at the town square.