We walked for miles around Frankfurt on a beautiful summer day, listening to a multitude of languages.  What a cosmopolitan city. 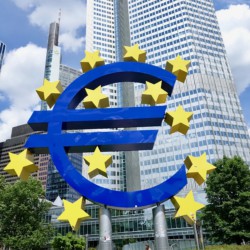 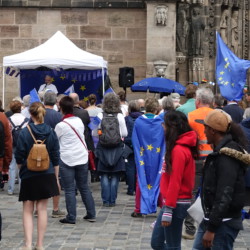 The “Pulse of Europe”, an EU movement founded by a Frankfurt attorney, holds rallies to promote European unity through EU membership. 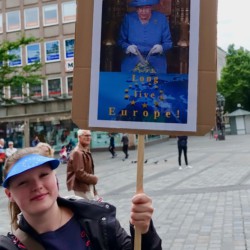 A tongue in cheek jab at her majesty. Long Live Europe instead of Long Live the Queen. 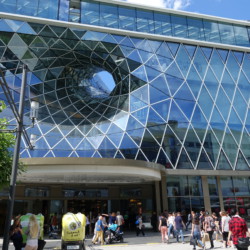 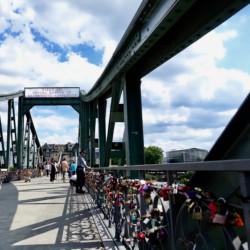 Eiserner Steg, the Iron Bridge that carries 10,000 pedestrians a day. Built in 1868, it was destroyed in WWII and rebuilt after. 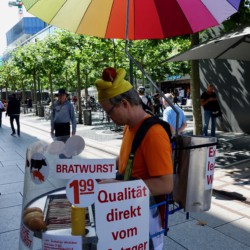 I’m not sure what Mike likes better – this guy’s all-in-one business model or his awesome hat. 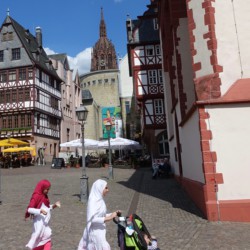 Frankfurt’s population includes 51% immigrants, mostly from Turkey. We were surprised to see so many headscarves. 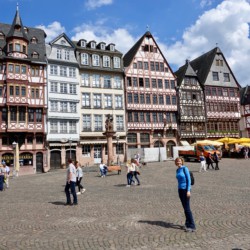 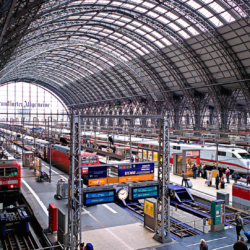 We took the train from Frankfurt to Nürnberg and luckily made it back, with the help of Google Translate and despite our jet lag.