Budapest brought me to tears and made me laugh out loud.  We were only there briefly, long enough to see the sights and for me to lose Mike’s driver’s license in a taxi.  Surely it’s living a new and exciting life somewhere! 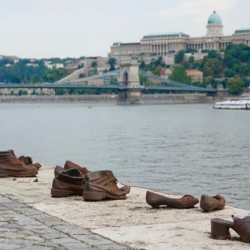 Shoes, next to the Danube river, in memory of the Hungarian Jews who were executed here by the Nazis in 1944. They were instructed to take off their shoes, a valuable commodity in WWII. Men, women and children were shot, and fell into the icy river, across from the Palace. 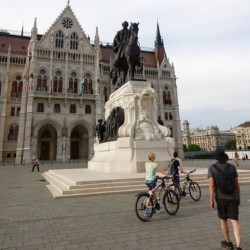 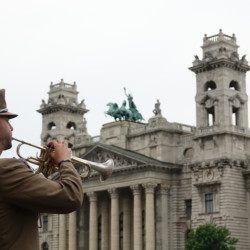 A soldier plays the Hungarian equivalent of taps at the end of day, at the Parliament building. 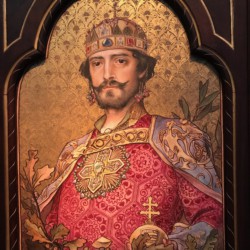 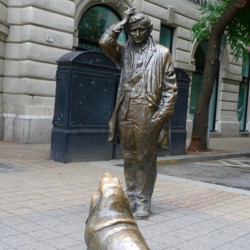 Peter Falk, of Columbo TV fame, had some kind of vague Hungarian ancestry. He looks like he’s not sure about it either. 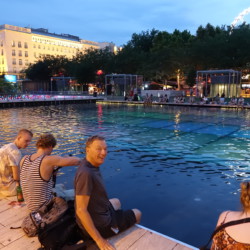 It was well over 90 degrees at 10pm, so this shallow pool was a welcome break in our walk. 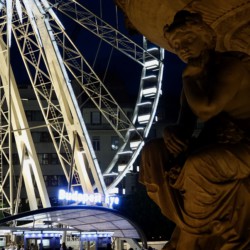 The Budapest “Eye” ferris wheel opened this year. Don’t you wonder what that statue thinks? 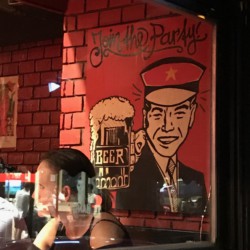 The Red Ruin, a communist bar. 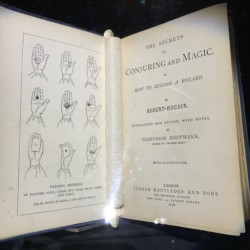 Harry Houdini was actually born Erik Weisz, but adopted his name from a French magician in hopes of avoiding anti-semitism. 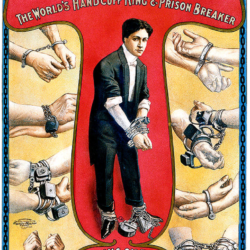 Budapest native son Harry Houdini became a master magician. In WWI he helped to train troops on the art of handcuff escape. 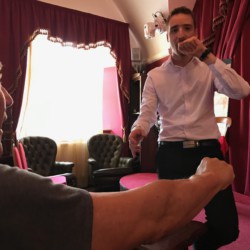 Our Houdini tour ended with a magician who made a foam ball appear IN MIKE’S HAND. Whoa. 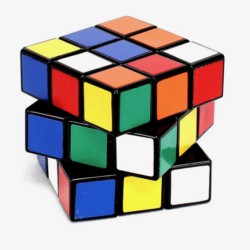 Invented by architect Ernő Rubik of Hungary in 1980. It took him one MONTH to solve his own puzzle. The current world record is 6.54 seconds. 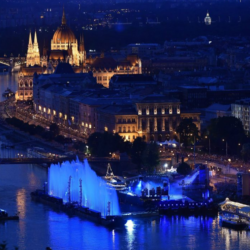 The FINA World Championship of swimming was held in Budapest in 2017. Held quadrennially, on the Olympic off years. We had an incredible view from our hotel of the opening ceremony rehearsals on the Danube. 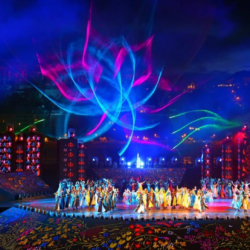 Water jets, lasers. costumes and a lot of blood, sweat and tears from the dance troupe. 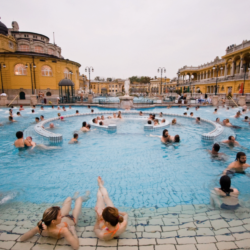