Spanish explorer Francisco Pizarro invaded the Incan Empire in 1532, seeking riches. The Incas had already had some contact with Europeans, and many had died of European diseases. The Inca empire was also weakened by a civil war between two ruling brothers. Pizarro manipulated the two sides, eventually defeating both. 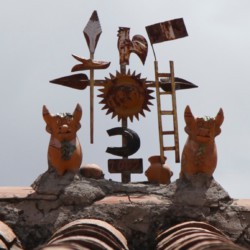 Oxen were introduced by the Spaniards, a welcome change from hand plowing fields. Farmhouses in Peru always have little oxen on their roof for good harvest luck. 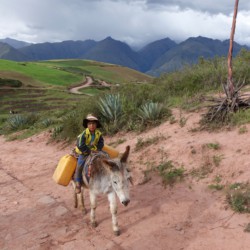 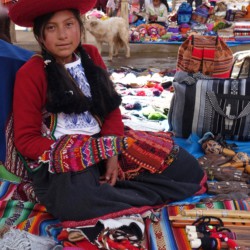 Teens still dress in traditional garb. How different her life is than a North American teen. 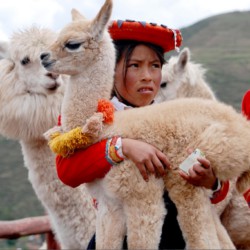 Alpacas are smaller than llamas, more gentle, and have luxurious fleece. 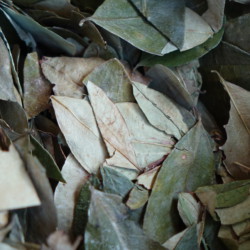 Coca leaves, for tea or for chewing, are legal here. They’re used for energy and to combat altitude sickness. Making cocaine takes a HUGE amount of leaves and a long process. 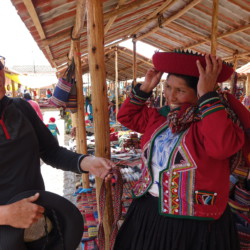 Mike is such a charming bargainer. We love buying from people who have crafted what they sell. 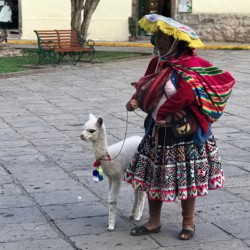 Peruvian women often carry heavy loads, but never on their head. They always wear a hat, which designates both their tribe and marital status. 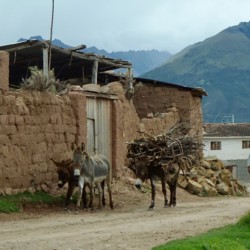 Life is simpler in Cuzco. 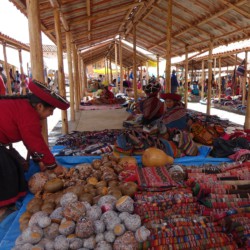 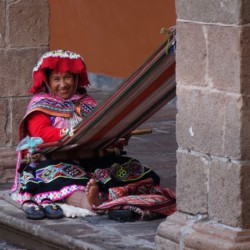 “You can only become truly accomplished at something you love. Don’t make money your goal. Instead pursue the things you love doing and then do them so well that people can’t take their eyes off of you.” Maya Angelou 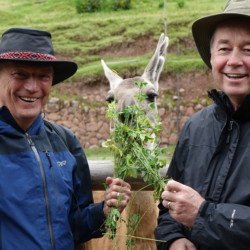 Mike making new friends, with Doug Hassop and the llama. 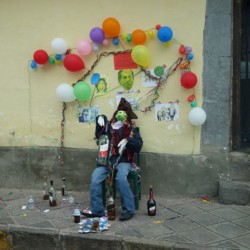 Politician’s faces, balloons and wine. Some kind of local protest. 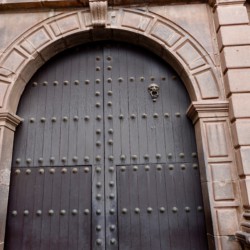 Look how high that doorknocker is! Reachable only by horseback. 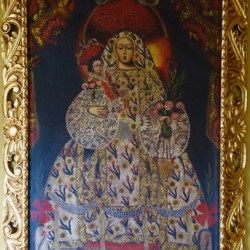 The Spaniards brought Christianity, but the Peruvians were used to worshiping Pachamama, or mother earth. As a compromise, Mary looks like a mountain. 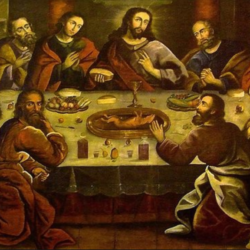 The Last Supper, Peruvian style, with a guinea pig as the prized meal. 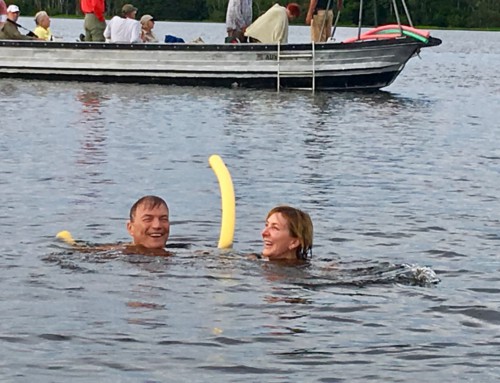 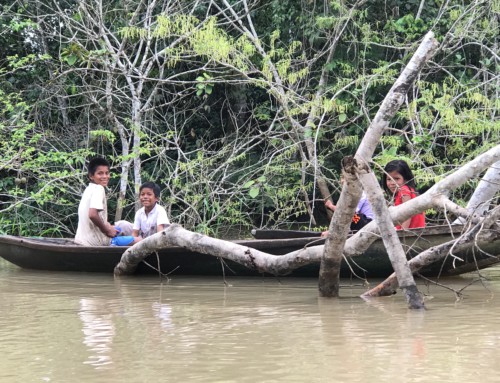 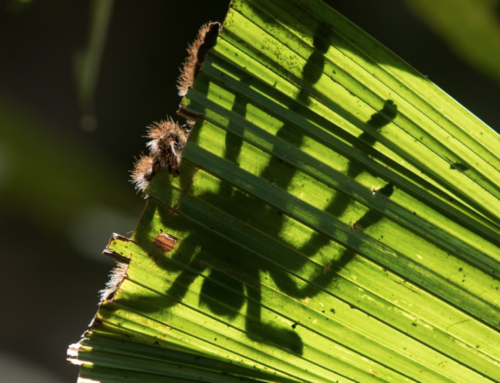 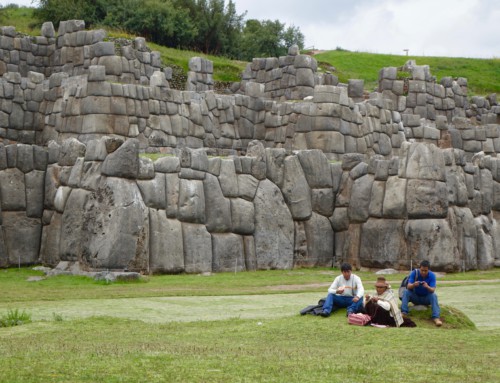 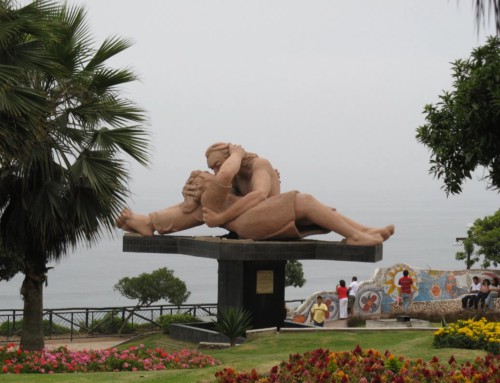