Inca architecture used massive stonework, but without the wheel, and without elephants or oxen.   The stones were rough-cut to the approximate shape in the quarries using cobblestones for tools.  The stones were shaped into their final form at the building site and then pushed up earthen ramps.  The labor, supervised by Inca architects, was carried out by people fulfilling their labor obligations, in lieu of tax, since there was no monetary system. 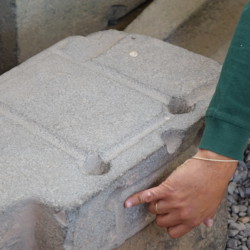 Tongue and groove limestone, with holes so that thatch roofs could be attached by rope. 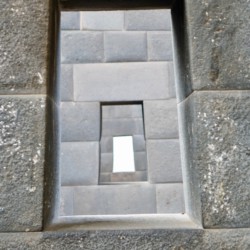 Temple of the Sun. These walls were originally covered in gold, beaten into sheet plates, representing the sweat of the sun. 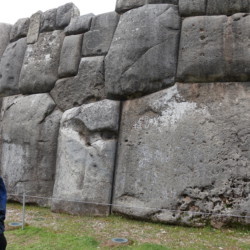 There were no beasts of burden or even wheels to help with these rocks. They were moved by hundreds of men, with natural fiber ropes. 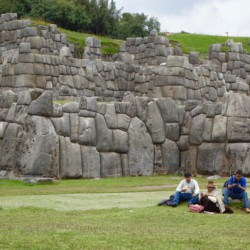 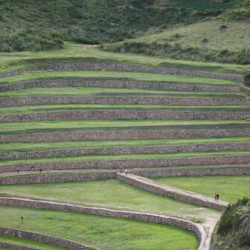 Huge, sophisticated Inca terraces were used to maximize land use, and to create different temperature zones for plants. 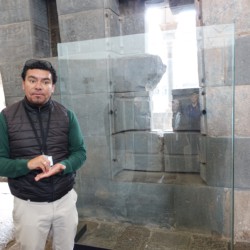 Inca architects built portals to view the stars, as a way of predicting weather. El Niño was coming if certain dim stars disappeared due to high cirrus clouds. 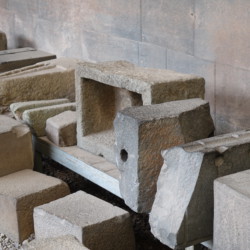 Drainage systems were an important component of the 60% of construction that was underground. 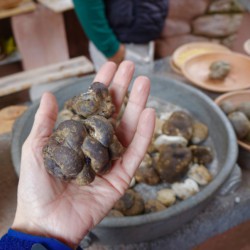 How many species of potatoes do they grow in Peru? 4,000! 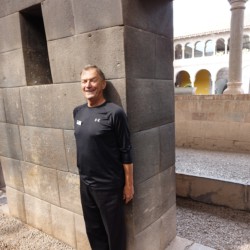 Interior walls incline IN about 5%, to better withstand earthquakes. 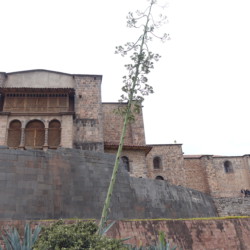 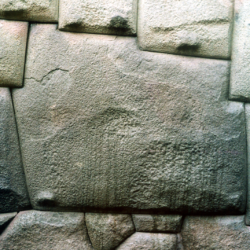 Look at this rock with 12 angles! Can you imagine how long it took to put the puzzle pieces together? 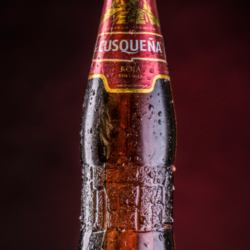 Peru is so proud of their Inca architects that even the local beer sports a rock wall.