January is the heart of summer in Antarctica.  We still expected severely cold weather and were surprised by mild 35 degree sunny days with little wind. 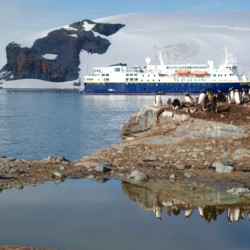 The National Geographic Explorer, with 140 guests and 100 crew, was our home for 10 days. 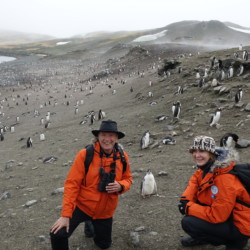 It’s so hard to describe the smell of penguins. Our group decided “fermented fish vomit” was the closest. 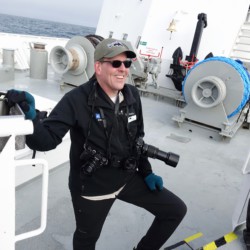 National Geographic Traveler’s Director of Photography, Dan Westengren, was on board helping with photos. 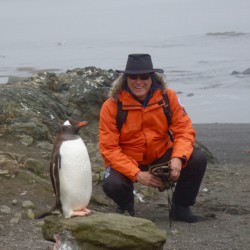 Mike making an orange fashion statement next to to the penguin’s beak. 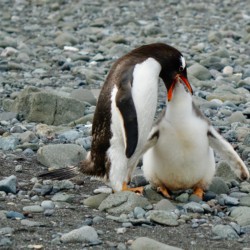 Mama penguin gorges herself with fish for a day, then swims back and regurgitates it to her chick. 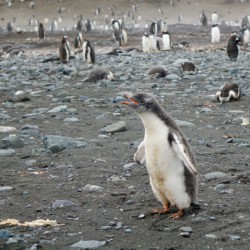 This little chick is in search of a parent. If one parent is lost, the chick will likely starve or be eaten by a seal. 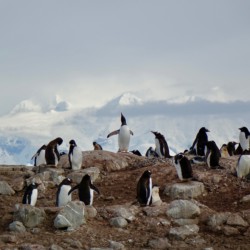 Singing at the top of his lungs – “this is MY territory”! 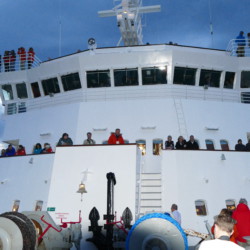 Evening shot of the ship from the bow. We had the run of the ship, including 3 levels and the bridge. 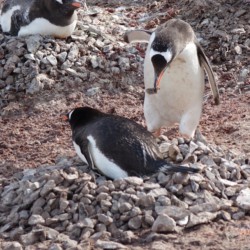 This male penguin is making a cozy nest, one rock at a time, for his beloved. 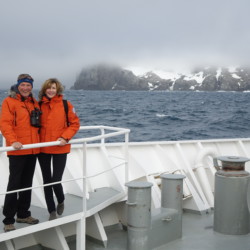 It actually wasn’t as cold as we expected, but we were still grateful for the parkas from National Geographic. 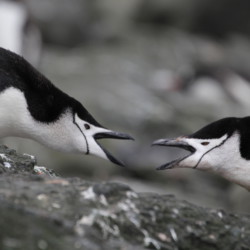 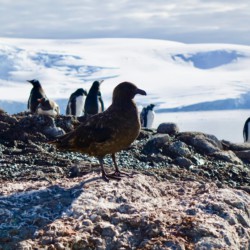