Capitol Reef is in south-central Utah’s red rock country, and was a “new” National Park for us.  Scenic highway 12 is rated the #2 most beautiful highway in the world (behind Milford, New Zealand), curving 124 miles throughout the rugged landscape of Utah. The highway took nearly four decades to build and spans the area between Bryce Canyon and Capitol Reef National Parks, including Escalante Grand Staircase National Monument.  Spectacular! 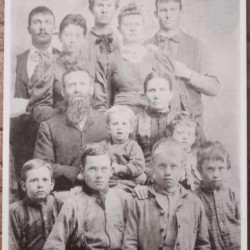 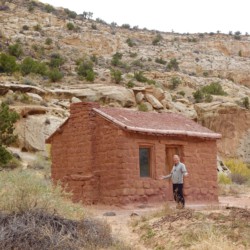 Behunin’s cabin for 15 people was this 215 square foot room. Not much larger than a hotel room, by today’s standards! 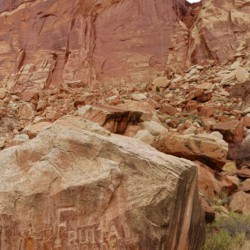 Behunin donated the land for the one room Fruita schoolhouse. No doubt his kids helped to carve this rock next to the school. 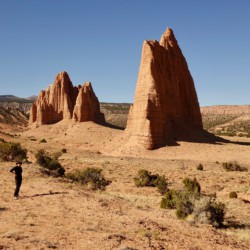 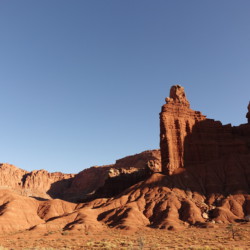 Not sure of the name of this formation, but it looks like a flask to me! 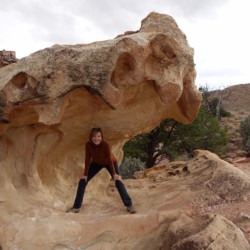 “The finest workers in stone are not copper or steel tools, but the gentle touches of air and water working at their leisure with a liberal allowance of time.” Thoreau 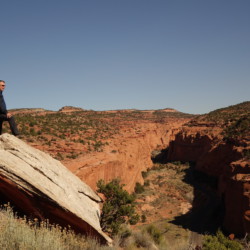 Mike standing over the Waterpocket Fold, a wrinkle in the earth’s crust that extends 90 miles, and used to be a huge barrier to east west travel in Utah. 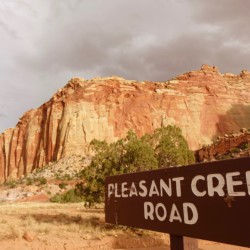 Pleasant Creek Road can be distinctly unpleasant at times when flash floods occur. 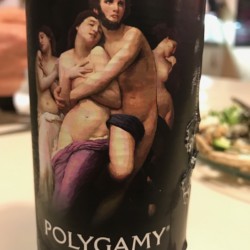 Mormon country craft beer. Their tagline is “Why have just one?” 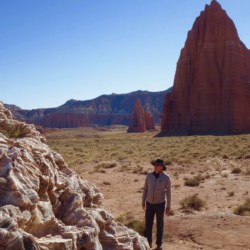 Mike before a mass of selenite crystals called Glass Mountain. Behind him is the Temple of the Sun and Temple of the Moon, which are almost exactly the same height! 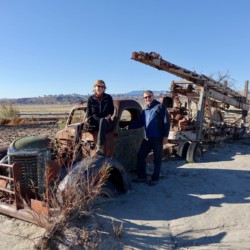 An old truck, abandoned here decades ago during and aborted attempt at well drilling. 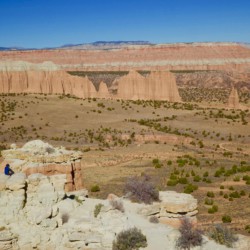 Cathedral Valley was completely silent. No cars, no birds, no people. There are precious few places in this world where you can hear only the sound of silence. 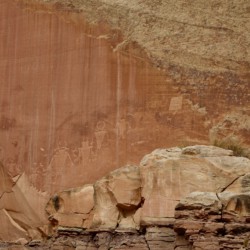 These alien looking petroglyphs were carved by tribes sometime between 300 and 1300. 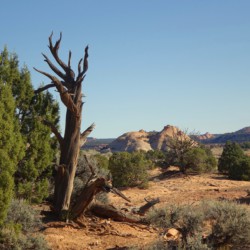 This part of Utah was the very last unsurveyed land in the continental US. 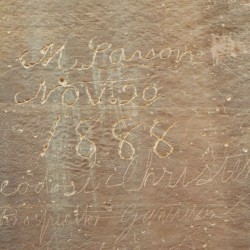 While the NPS discourages graffiti, you have to admire the patience required to write your name for posterity in CURSIVE. 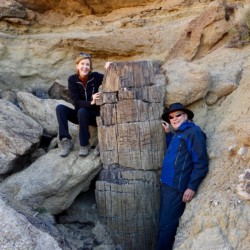 Petrified wood – thanks to all the supporting stone around, it literally stood the test of time. 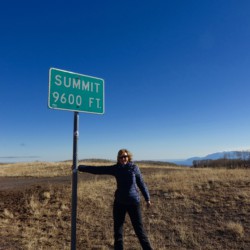 Atop the summit near Escalante Grand Staircase. 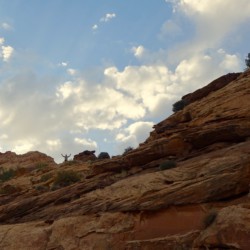 That’s my guy up there climbing like a monkey to the top of the ridge at Escalante. 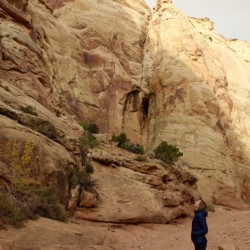 “One touch of nature makes the whole world kin.” Shakespeare. 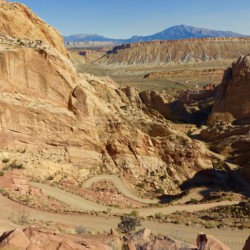 The twists and turns on the way down to Bullfrog Basin at Escalante. 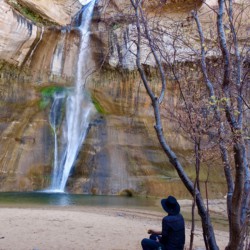 Waterfall at the end of Escalante’s Calf Creek Trail, which was an A+ six mile hike.