Omaha Beach and the American Cemetery

On June 6, 1944, more than 160,000 Allied troops landed along a 50-mile stretch of heavily fortified French coastline, to fight Nazi Germany on the beaches of Normandy, France. General Eisenhower called the operation a crusade in which, “we will accept nothing less than full victory.” More than 5,000 ships and 13,000 aircraft supported the D-Day invasion, and by sundown, the Allies gained a foothold in Continental Europe.

The cost in lives on D-Day was high. More than 9,000 Allied Soldiers were killed or wounded, but their sacrifice allowed more than 100,000 soldiers to begin the slow, hard slog across Europe. The American Cemetery honors 9,387 American veterans who have been laid to rest in this piece of land given to the United States by France. Next-of-kin made the decision whether to have their loved ones repatriated home or buried here.   A friend told me that when his relative died there, his father had to make the decision, and said, ” “Hasn’t he been through enough? Let him rest.” And so they buried him in France. 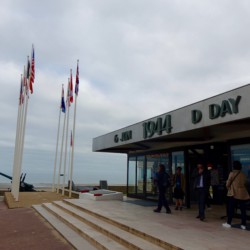 The “D” in D-Day is actually for depart day. There were several D-Days within WWII, but this is the big one. 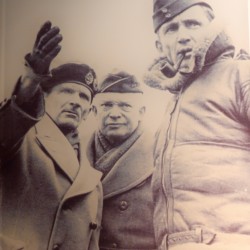 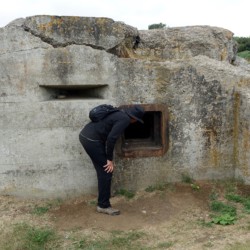 Mike looking at German gun emplacements. The French were gleefully destroying them in 1945 until historians stopped them. 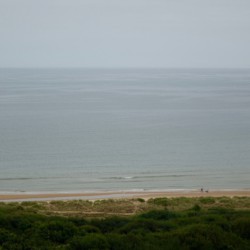 The view the Germans had from the top of the hill to the beach. 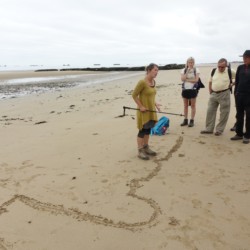 Our French guide, Lucy, explaining the D-Day invasion with diagrams in the Omaha beach sand. 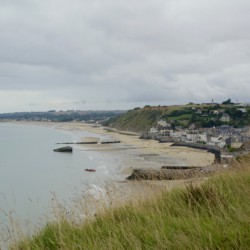 View from Pointe du Hoc, where Rangers fired grapnel and ropes up the 100 ft. cliff with rocket launchers, then scaled the cliff straight up. The Germans were unable to fire down on them. 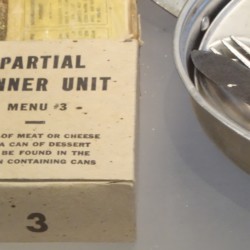 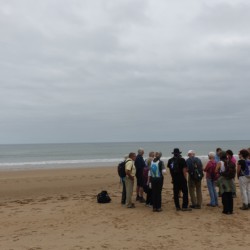 Our group listening in rapt attention to tales of history on this very spot. 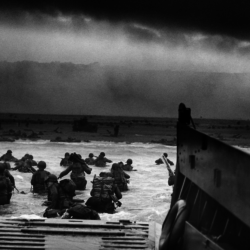 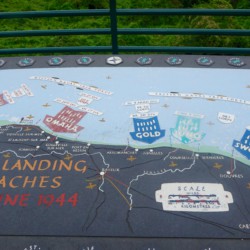 The plan hurdled problems of supply, transport, training, weapons production, photo-reconnaissance and mapping on a scale that made Napoleon’s battle plans look like a game of checkers. 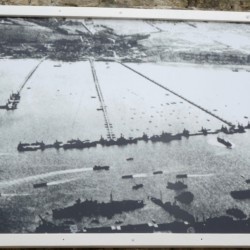 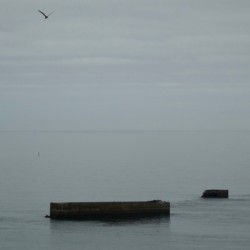 The remnants of Mulberry harbor are now slowly sinking into the Atlantic. There is lobbying to make it a UNESCO site in hopes of saving some pieces. 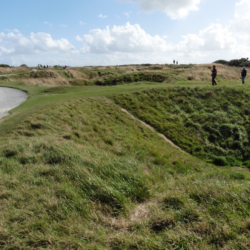 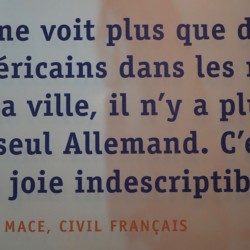 “The Americans are the only ones in the streets of the town, there are no more Germans. It is an indescribable joy.” 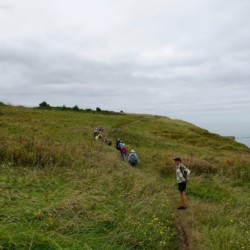 Hiking to the American Cemetery, located on the bluff above Omaha Beach. 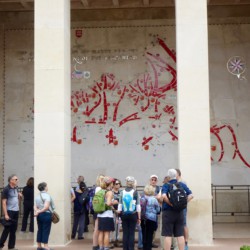 The movement of Allied troops memorialized at the cemetery. 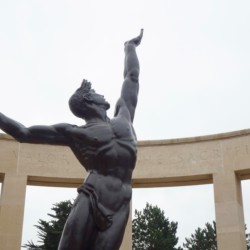 “This embattled shore, portal of freedom, is forever hallowed by the ideals, the valor and the sacrifices of our fellow countrymen.” 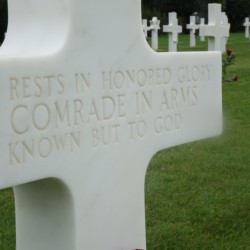 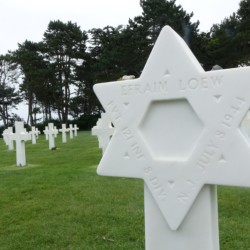 Every Star of David and cross has a story to tell. 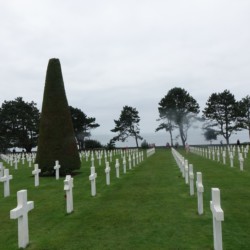 From some perspectives, the grave markers went on forever. 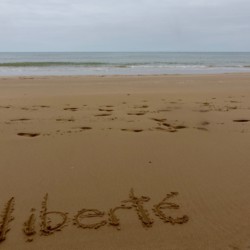 We are the land of the free because of the brave. Very brave.