9/11 Memorial and Museum in New York

We stopped in New York on our way back to pay our respects at the 9/11 memorial.  The largest attack ever on American soil shook our nation to its core in 2001.  Although it was extremely emotional to relive that day, the curators of the museum did the impossible.  They honored the victims and their families respectfully, and recounted the history that WE WILL NEVER FORGET. 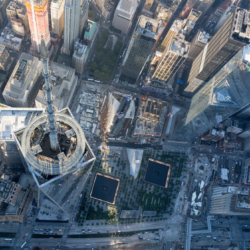 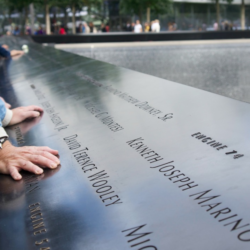 Each pool is surrounded by etched names of the 2,996 people that died in the four attacks.

One of eleven pregnancies among the victims. 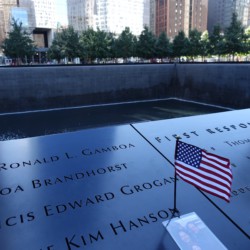 This 2 1/2 year old child was the youngest victim, on her first plane ride when Flight 175 struck the South Tower. 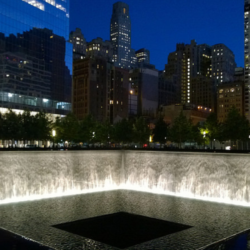 At night, the pools light up with an eerie reverence. The cascading water drowns out the street noise, and falls into the center void. 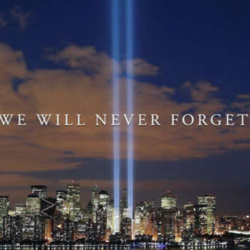 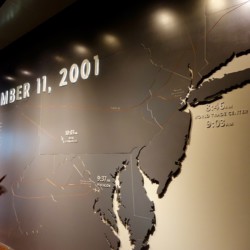 The chilling timeline and location of the attacks. 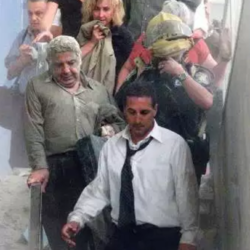 Thousands survived, thanks to courageous NYPD and FDNY rescue efforts. 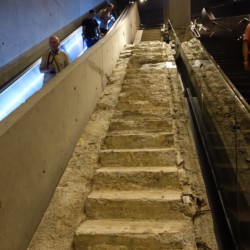 This is the original location of the “survivor staircase” that the people in the last photo walked down.

The mangled top of the enormous antenna that used to top the building. 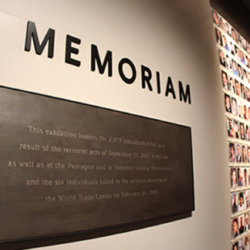 The “Wall of Faces” gave us not only a photo to go with each name, but a sense of magnitude for the loss. 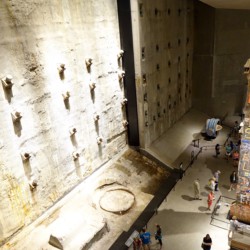 The museum is built on top of the old World Trade Center foundation, seven stories underground. We literally walked right where people were rescued. 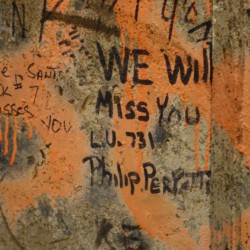 One of thousands of touching, heartfelt tributes. 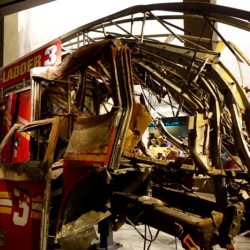 Ladder Company 3 of FDNY received some of the heaviest responder casualties when one of the towers fell and crushed their truck. 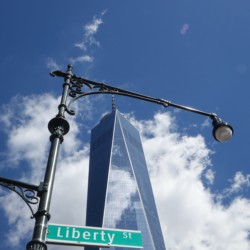 The new One World Trade Center. Nicknamed “Freedom Tower”, it is the tallest building in the Western Hemisphere, at 1,776 feet. 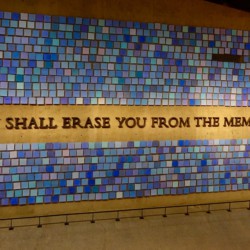 Each square represents a victim, each a unique color of blue, representing the “severe clear” sky the morning of the attack. 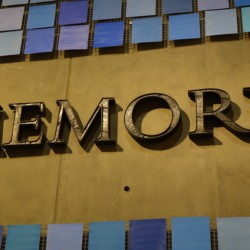 The letters used in the verse are made out of steel forged from World Trade Center columns. 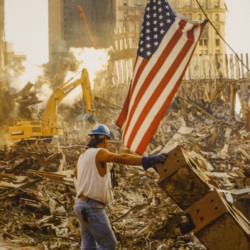 We are so grateful to the responders both during the attack and those afterward, who untangled that hellish sacred ground.