Monaco on the Côte d’Azur

Monaco, declared W Somerset Maugham, is a “sunny place for shady people”.   The second smallest country in the world (following the Vatican), it measures only .78 square miles.  Only 30,000 call this tax haven home. 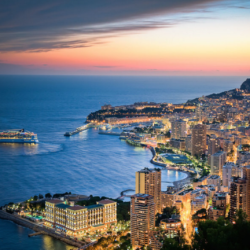 This is a view of the entire country. We walked it from end to end. 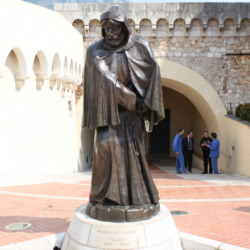 The original Grimaldi, “François the cunning”, who dressed as a monk (hiding a sword) and captured Monaco from the Italians in 1297. The Grimaldi family still rules by constitutional monarchy. 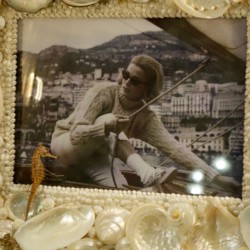 Grace Kelly, the beloved American actress who quit her career at age 26 for the fairy tale marriage to Prince Rainier of Monaco. 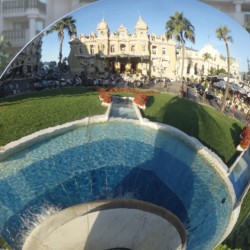 Mirror view of the Hotel des Paris, tending to every need of Monaco’s elite since 1863. 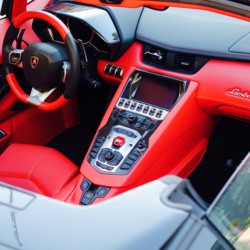 With a top speed of 236mph, this Lamborghini can tour Monaco in one second. 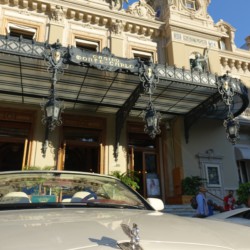 A Bentley in front of Casino Monte-Carlo, where James Bond plays baccarat. 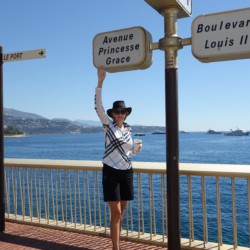 Princess Grace Kelly died at age 52 in a car crash after she had a stroke while driving. 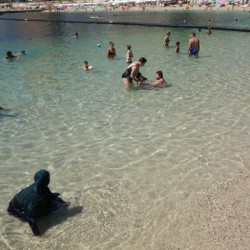 Swimming is not easy with a burka. Let this woman wear a Burkini. 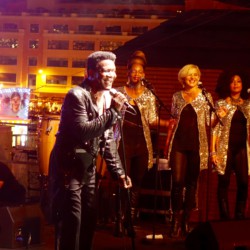 This James Brown look alike had the crowd dancing in the streets! 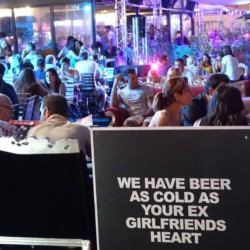 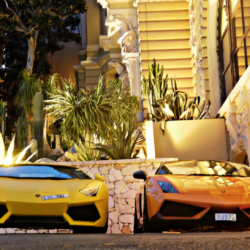 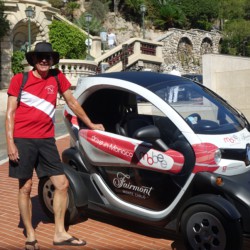 Mike is considering this for the Grand Prix hairpin turn. 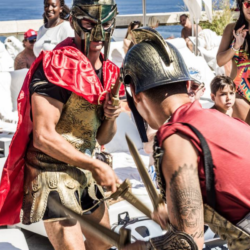 Our waiters dueling at the gladiator pool party. 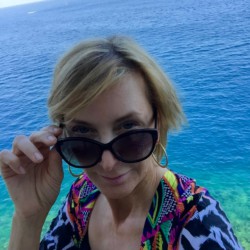 Putting on a little Monaco attitude. 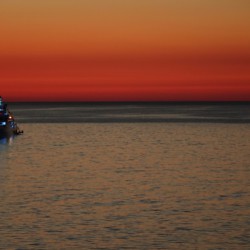 Sunrise on the Mediterranean. The yachts are unbelievably luxe.