Who came from or spent time in London?  We found a few likely suspects at Madame Tussauds, Sherlock Holmes address, Abbey Road and a special exhibit of James Bond vehicles. 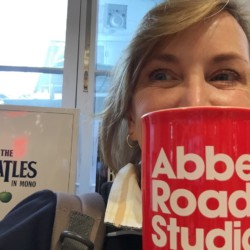 Abbey Road Studios where the Beatles recorded from 1962 to 1970. 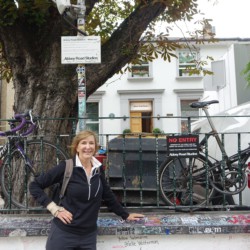 Abbey Road is still an active studio, currently under remodel. It has English Heritage status, though, so they can’t change it much. 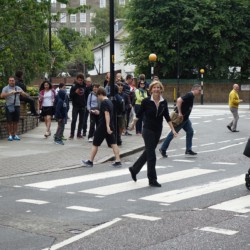 Grooving up slowly at the zebra crossing in front of Abbey Road Studios. 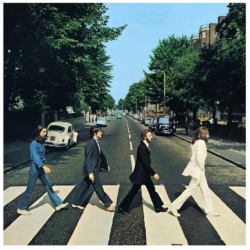 The Beatles 1969 cover made this crosswalk a rock icon. It’s also a traffic nightmare for local cars to “Come Together” while tourists take photos! 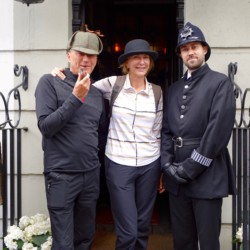 221B Baker Street, where Sherlock Holmes hangs his hat. 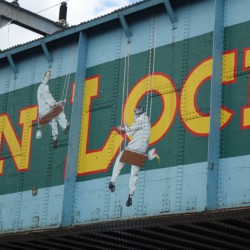 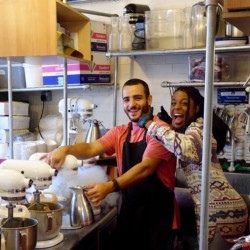 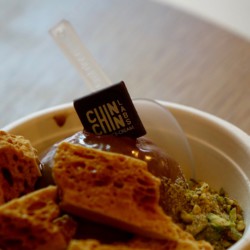 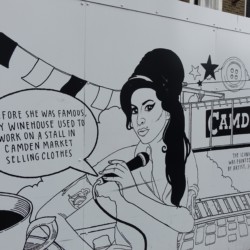 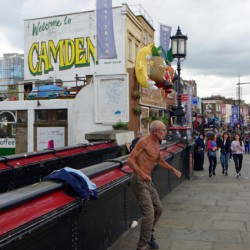 This octogenarian was blasting tunes and dancing in the street. 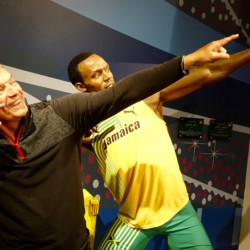 Usain Bolt, the fastest man alive, and the guy who showed him his trademark pose. 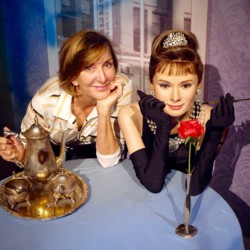 Audrey Hepburn and I having a little tea with our Breakfast at Tiffany’s. 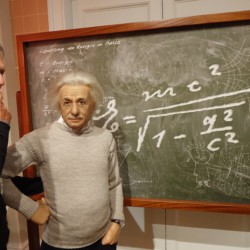 Thinking through some equations with Albert Einstein. 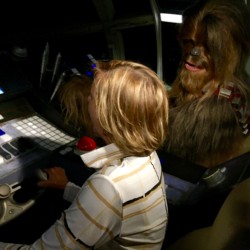 Chewbacca and I having a good hair day in the Millenium Falcon. 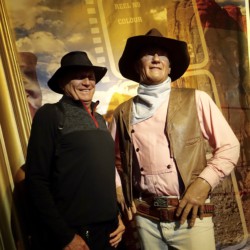 John Wayne was REALLY tall, and man enough to wear pink, too. 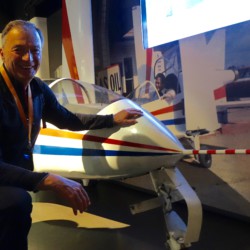 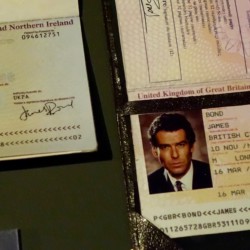 Passports from James Bond’s various incarnations. Note the birthdays do NOT match! 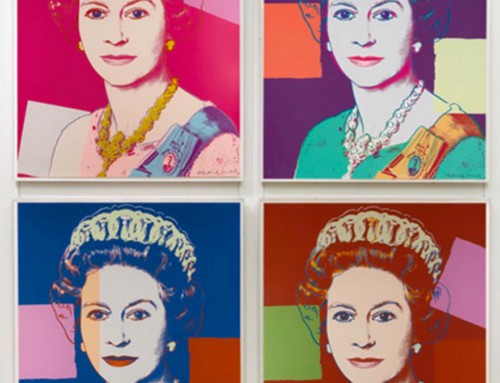 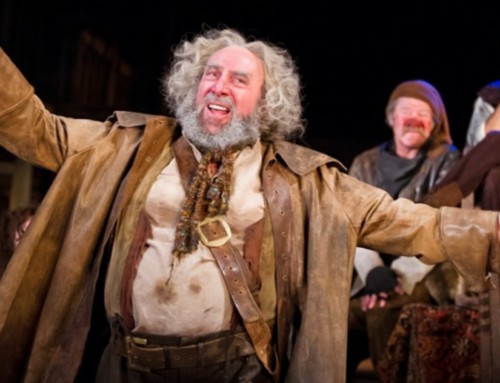 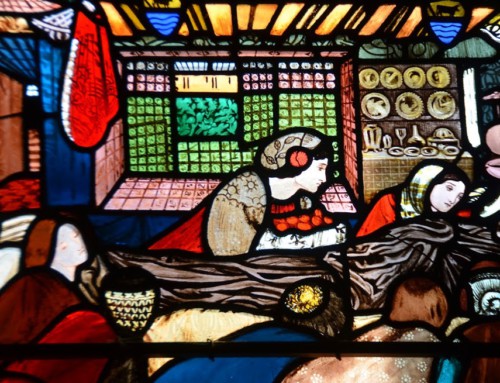 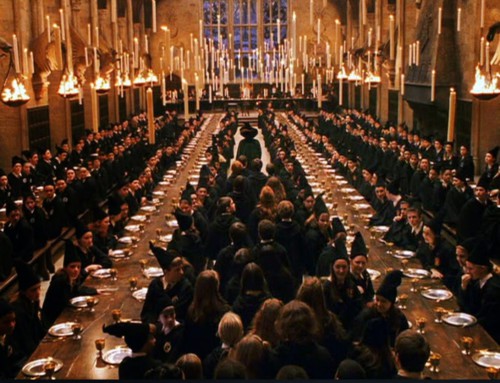 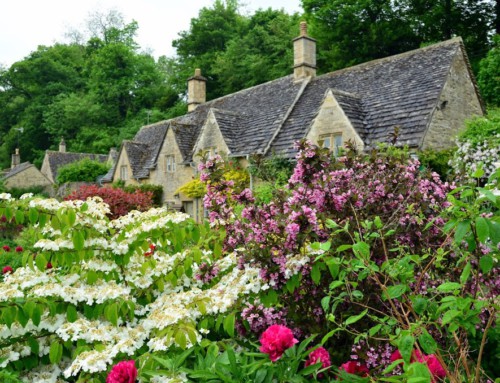