The island of Vieques, just west of the main island in Puerto Rico, has a bioluminescent bay that holds the Guinness Book of World Record for being the brightest, more than 12 times the next brightest bay in Vietnam.  We timed our trip so we could see it at the new moon, when the sky was dark.  We kayaked the bay on a warm night under the stars in complete wonder as every dip of the paddle or fish swimming by lit up the bay.  We saw huge tarpons chasing schools of sardines, and a needle fish skim across the surface, all illuminated as though they’d swallowed light.  A single cell organism, dinoflagellate, soaks up the sun during the day, and will give off light about 8 times per night, when disturbed by any motion.  There are a million of these little critters per gallon of water here, more than anywhere else in the world. 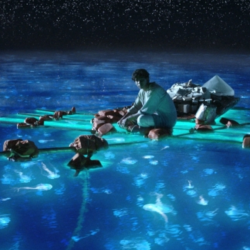 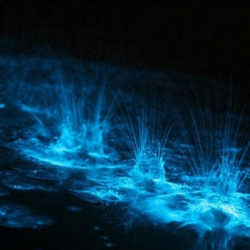 Tossing water in the air and dropping it back in the bay. 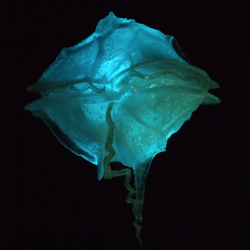 A mini but mighty dinoflagellate. 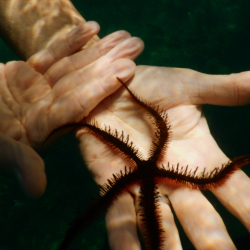 The Brittle Star, a cousin of the starfish. 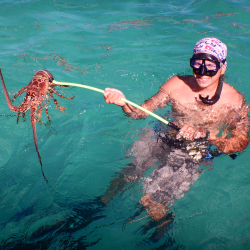 Mike and our guide Carlito caught a 4 lb. lobster! 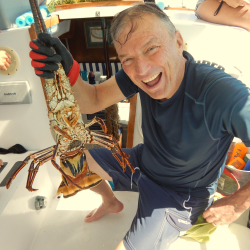 Caribbean lobster’s have no claws – it’s all about the tail. She’ll be a fabulous dinner later! 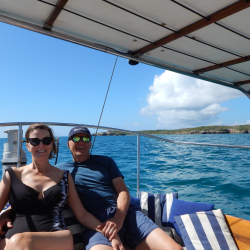 Relaxing on the sailboat. 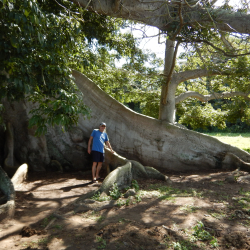 This Cieba tree is over 300 years old. The wood is like concrete, extremely strong. 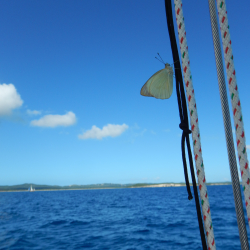 A little butterfly hitched a ride on our light winded sail. 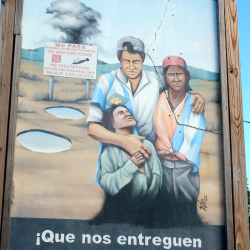 Protests over the US Navy testing bombs here were successful. They left in 2003, and their land was turned into a wildlife refuge. 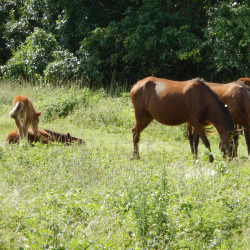 Feral horses number in the thousands, equal to the island population of people. They’re a hazard, roaming the streets at leisure. 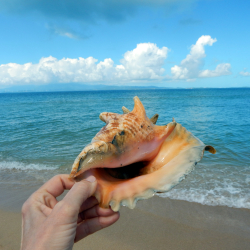 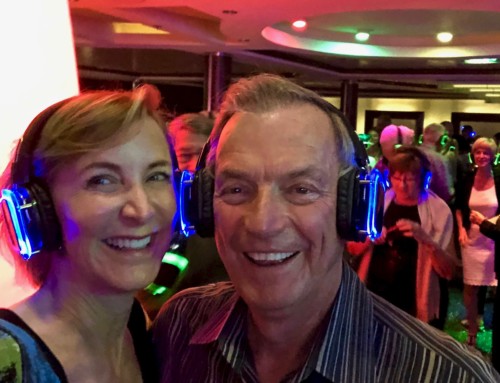 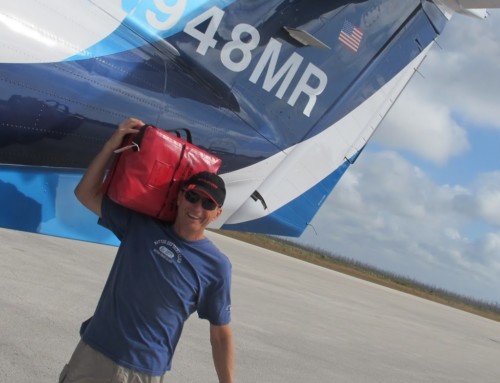